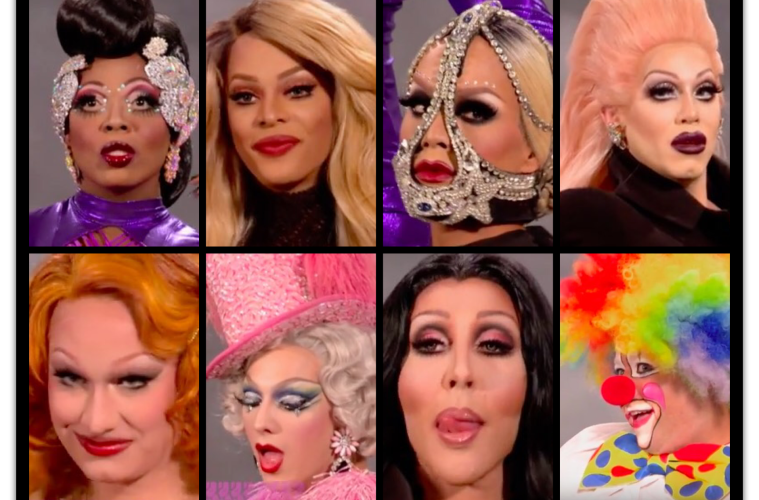 Wahooo, RuPaul’s Drag Race has finally hit screens in the US of it’s eager anticipated eight series. Sadly, us Brits will have to wait for TruTV and Netflix to catch up in  a few months before we can get in on the action (unless, of course, you can cheekily stream the show yourselves.)

In the first ep, Ru marked the show’s 100th episode by reuniting ALL the series’ superglam winners for a task. And what a joy it was to see Bebe Zahara Bennet, Tyra Sanchez, Raja, Sharon Needles, Jinkx Monsoon and Violet Chachki, All Stars winner Chad Michaels all in the same room. But hang on a minute, where was Bianca Del Rio? And why was she replaced with a chubby clown? 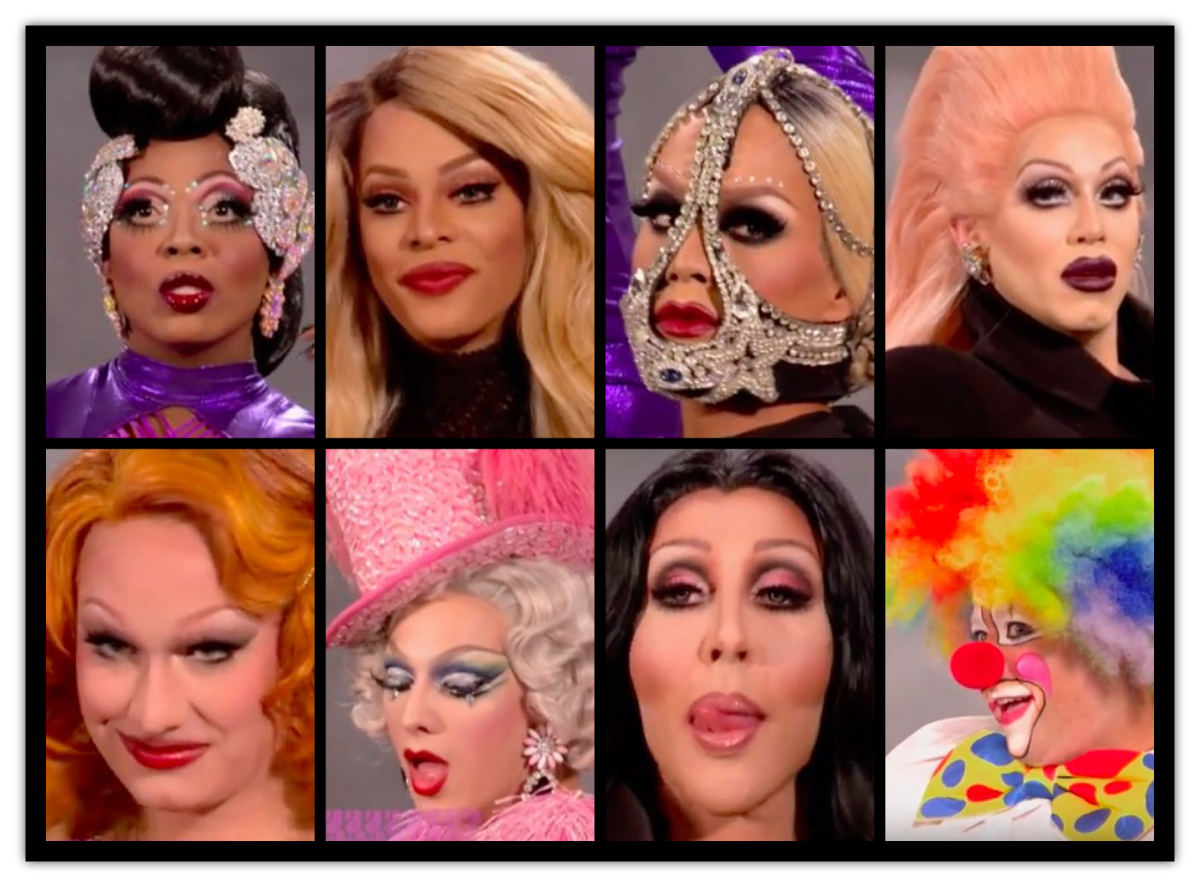 Although RuPaul merely explained that the sassiest winner of them all ‘couldn’t be here’, and some folks online reckoned she was being a diva, it actually turns out the REAL reason for Bianca’s notable absence was due to filming commitments for her movie Hurricane Bianca. According to the team behind the movie, ‘we really tried to make the filming work but as the movie was being shot in Texas on a very tight schedule with locations and cameos already on place, we just couldn’t find a moment to free up Bianca otherwise it would have thrown the schedule out of the window.’

But although Ru seemed to throw a wee bit of shade on the show, there appears to be no hard feelings as Ru has shot a cameo in the movie  too, which you can see later this year!

Following the first episode, Bianca hilariously responded to those who questioned her absence with a snippy comeback: ‘Some queens are meant to be EXTRAS, I was busy being a STAR! 😉 All jokes aside, I was on location filming HURRICANE BIANCA ❤❤❤ ‪#‎understudy‬ ‪#‎clownrealness‬ ‪#‎season8‬ ‪#‎episodeone‬ ‪#‎staytuned‬ go to hurricanebianca.com for updated info’

See amazing pics from the set of Hurricane Bianca HERE