Saara Aalto: “Meri and I are told we are better role models than drunk Big Brother stars” 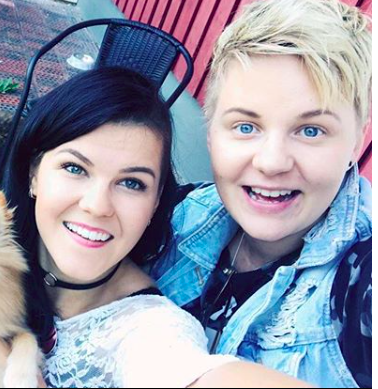 Saara Aalto has a busy year ahead of her. Not only is she is representing her home country of Finland in Eurovision, she is also planning on marrying her girlfriend Meri.

In a new interview with London mag You’re Welcome she has revealed how she met the love of her life and how she and Meri are Finland’s only out Finish lesbians. ON HOW SHE AND MERI MET

“I came second on The Voice Finland and Meri liked my voice and sent a fan letter. She said she felt she had to write to me as we had a lot in common. I’d had so many messages sent to me on Facebook that I never got around to seeing it. But then I saw her message and I replied and that was that and never heard back. Then a year later, Meri came to a gig, took a picture and tagged me. Then I remembered I her. Then I sent her a message and said why didn’t you come and say hello. Marie couldn’t believe it.” 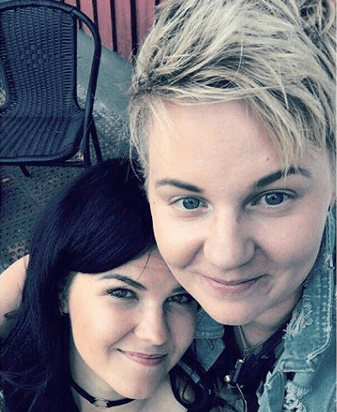 ON HER FAMILY’S REACTION TO HER SEXUALITY

“My family were fine, they kind of knew about it already. It took a year for me to come out publicly. I had been hiding her for one year. I am an adult woman, I can do anything I want. And then on my 28th birthday I posted a picture of the two of us. No one made any nasty comments.” ON BEING GAY IN FINLAND

“It is okay. It is positive. We are the only lesbian couple in the public eye over in Finland. We are the example. It’s good that people take it very well. Of course people in the countryside might be a bit negative but last year we had the same-sex marriage laws passed so things are changing.” ON BEING GAY ROLE MODELS

“We’ve been told that we are good role models. I am seen by the Finnish public as a good girl because I behave well. Some gays go on Big Brother over there and are drunk all the time and the public see them behaving bad. I am very sensible. We are seen as a normal couple. It’s not like we have one-night stands. We are a normal loving couple.”

Read the full interview in You’re Welcome, out February 14 in designated boxes around London.