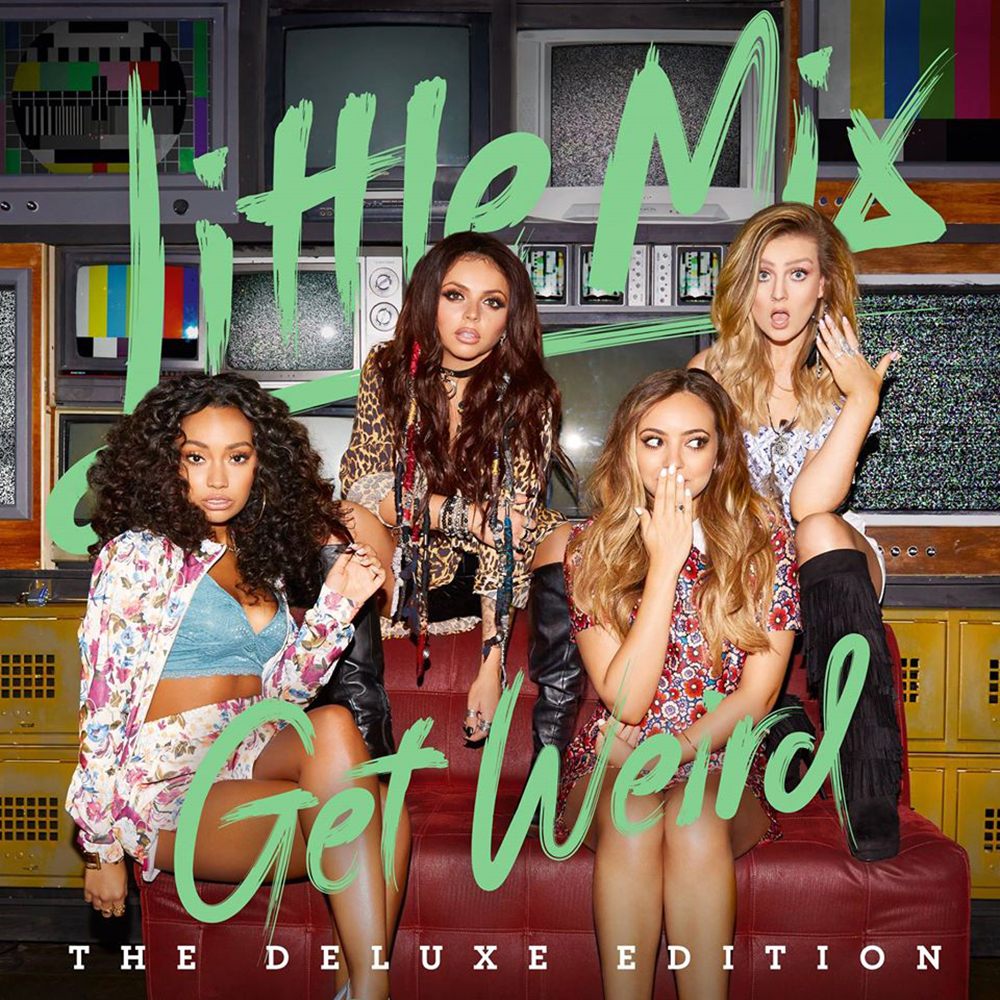 With Girls Aloud just a distant memory, Little Mix are the go-to girlband du jour. Like their predecessors, they’re fun, feisty and full of spunk. But while their musical output is catchy and memorable and will one day be worthy of a fab Greatest Hits collection, they’re still not quite as exciting as Girls Aloud used to be. But then, who could be when you’re competing with tunes as legendary as Love Machine, The Show, Wake Me Up, Sexy No, No, No to name just a small handful…

So will the Mixer’s third album be the one that finally sees them steal GA’s glittering crown? Er… Sadly not. That’s not to say, Get Weird isn’t a great collection of tunes. The lead singles Black Magic and Love Me Like You are tip top pop confection of the highest order. Sadly there’s just not enough of them to go round, with the remainder of the album filled with a mix of Megan Trainor-inspired 60s pastiches (A.D.I.D.A.S), glossy 80s-infused pop tunes (Weird People) and some slinky ice cool R&B cuts like Grown. Singles aside, the highlights include the sultry duet with Jason Derulo Secret Love Song and Lightening.

A great effort, but still not quite the perfect album we know these gals are capable of .