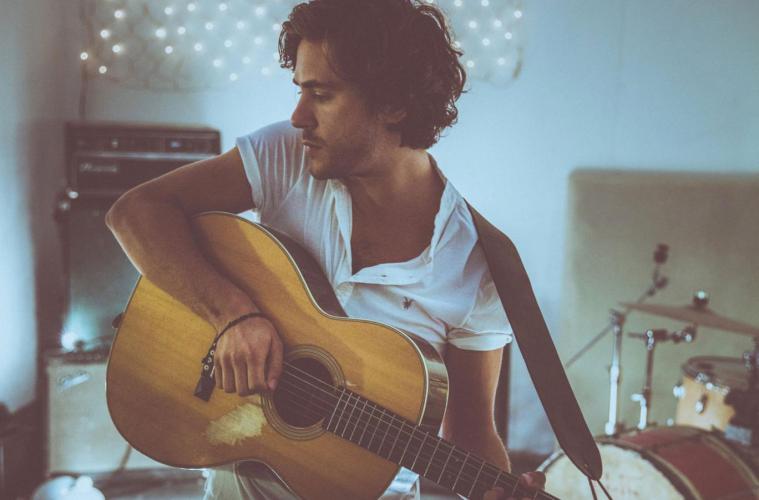 He’s been around for years banging out the most beautiful and exquisite songs, but when we saw Jack Savoretti on the Graham Norton Show this week, we fell totally in love with him. Not just because his new single Catapult is simply sublime, but because he is so damn beautiful and displayed such a wonderful, gentle nature as he chatted on the couch along side Gemma Arterton, Miriam Margolyes and Matthew Perry. If last year was the year Aidan Turner broke through to the mainstream after years of slogging away, then we reckon this Poldark-lookalike could make 2016 his own.

And if you check out the deluxe version of his album Written In Scars, you’ll discover that it is a fabulous mix of very tuneful gems that will dance around your head for a very long time. Our faves? Broken Glass, The Other Side Of Love and Back Where I Belong…

But our all time favourite of his tracks is the heartbreakingly fragile Love & Hate, featuring actress Sienna Miller that he released a couple of years ago.

And here is gorgeous Jack belting out Catapult on Graham Norton’s show.

For more info check out www.jacksavoretti.com