‘I’m single but I am not interested in dating apps!’ 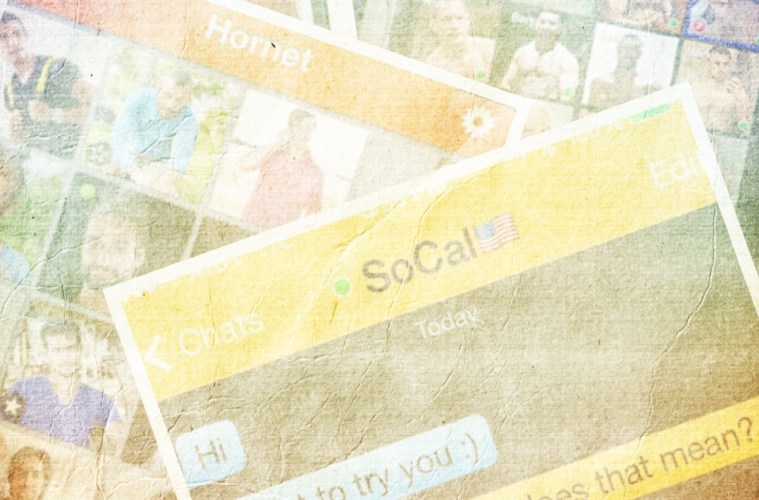 GuysLikeU contributor Hadley is adamant that dating apps are not for him – he wants romance. The old fashioned way!

Dating apps have always been a hot topic of debate, especially amongst my friends. Some of them are on various apps, whilst others don’t feel like they need to engage with these Cyber-Cupids.

READ WHAT AUSTIN ARMACOST HAS TO SAY ABOUT DATING APPS HERE

Personally, I am not on any dating app and when I confessed this recently to one of my friends, I was greeted with a look of shock and surprise. ‘You must be on at least one?’ she exclaimed. I now know that she definitely wasn’t paying attention to my opinions of them. So for the benefit of anyone who isn’t aware of my views on the matter, here goes…

I wouldn’t consider myself the kind of person who would turn their nose up at somebody who happened to be using a dating app to chat to people, make new friends or to even go out on dates. Everybody should make their own decisions – who am I to tell you what to do? This being said, I do sometimes feel a little bit sad when I realise just how many people are on these damn things. I mean you can’t go anywhere without finding people with their thumbs glued to their touchscreen.

Granted, not all of them will be swiping on dating apps, but it would be interesting to see just how many people were logging in during the day.

Romance is seemingly dead – well, I hope not! I am looking for a little romance. There I said it. I’m not ashamed to say it.  But then aren’t most of us looking for that too? I don’t think that if we banned all dating apps, romance would suddenly rush into our lives and sweep us off our feet. But I don’t think they are necessarily helping the romance drought that I am currently experiencing in my life.

People’s way of living has changed dramatically over the years and technology has a lot to answer for. Let’s face it, we’re all turning into pretty unsociable human beings. If we’re not Tweeting, we’re stalking our ex-boyfriend’s mother on Facebook and if we’re not doing that then we’re swiping on Tinder. The boring ones amongst us, might be swatting up on the news of the day.

Abolishing apps won’t reverse the irreversible behaviour that we’ve now adopted. But you can still resist the temptation by simply not downloading them. Nobody is forcing you to download an app and start to use it. You have a choice here, so make an informed decision. If you wish to meet up with people you’ve met online, fine! As long as you feel safe doing so and you’ve thought of a plan of escape if it all goes to pot, no problem.

Similarly, if you want to try talking to an actual human being in a bar, your office or even Starbucks, go for it! The 30 second interaction with the cute guy waiting for a latte in Starbucks, might actually be more beneficial than spending half your lifetime swiping on an app.

Something which I am reminded of whenever I write about dating apps is how one of my close friends met his boyfriend through Tinder. They have been together for one year and their relationship is going very well. A true Tinder success story if ever there was one. When people ask them where they met – they say ‘in a bar’. So, you may not be fussed about romance when you’re logged in, but you’re certainly conscious of it when trying to tell your ‘Where did you two meet?’ story.

Do you use dating apps? Did you meet your boyfriend on one? Or do you prefer the romance of meeting a guy out and about. Let us know what you think….