HEALTH SHOCK: ‘I couldn’t believe what the doctor told me!’ 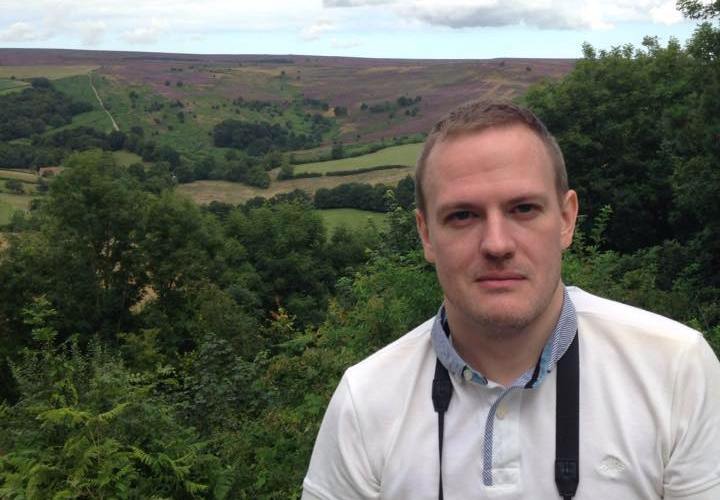 Hotel reception manager and DJ Matthew Tute, 33, woke up one morning to a pounding headache. Thinking it was nothing more than a cold, he ignored it. Until, that is, he lost his balance and doctors gave him a shocking diagnosis!

I never even really knew what a stroke was until I had one in April this year. 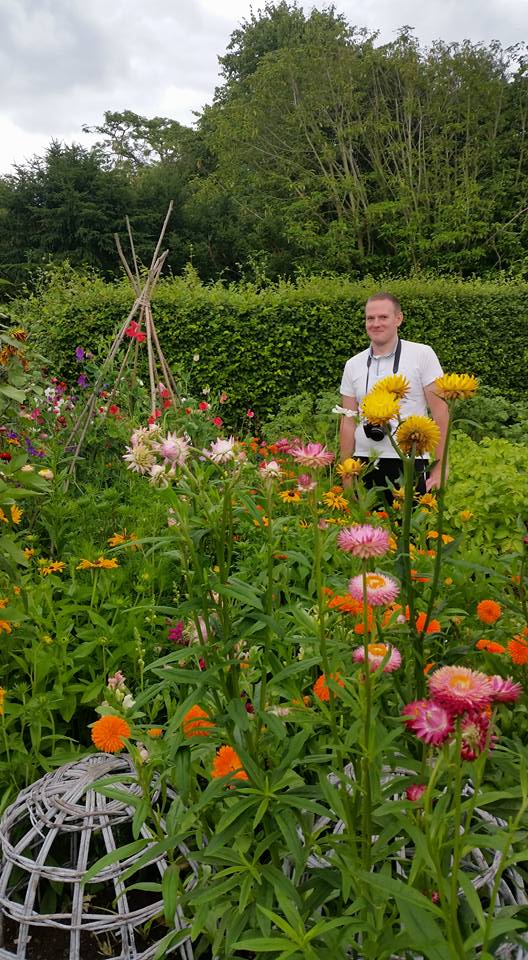 I woke up one morning with a headache. It wasn’t particularly bad, and obviously I’d had headaches before, so I wasn’t unduly concerned. With the benefit of hindsight, I can see that this headache was different. It extended down into my neck for a start – which was unusual, but I thought I must have slept funny and pulled a nerve.

Usually a headache for me would only last a few hours, but I had this for several days and it didn’t get any better. But it really wasn’t that bad so I just carried on with my life – I went to work, I went out walking, I went to the gym…

Around a week after the headache had started, I woke up, jumped out of bed, but almost fell over when I found that I’d lost my balance on my left side. Although I knew this was more serious than I had at first thought, I still had no idea I’d had, or was having a stroke!

I tried to make an appointment with my GP, but for various reasons i wasn’t able to. By lunchtime I was feeling better, so forgot about things until teatime, when I began to feel nauseous. This, coupled with the fact I’d lost my balance earlier was setting off ever more alarm bells, so I got a taxi to A&E, but the waiting time was 3 hours and it was already past ‪8pm. I just didn’t want to wait that long so I walked home. A&E had suggested I phone 111 as they could make me an appointment to see an emergency doctor quicker. I couldn’t quite make it home, as by that stage my balance had gone again, and I sat on the kerb over the road while I gathered myself to make it home.

I went inside, and crashed into the wall, as my balance had gone completely! When I got in I called 111,  in the hope of seeing an emergency doctor, but they simply sent out an ambulance straight away. About 20 minutes later, when the ambulance arrived, of course I felt better! And their basic tests couldn’t find anything wrong with me – they said I was probably alright but should have more exhaustive tests at the hospital that night, but it was already after ‪10pm and I just wanted to go to bed. I said I would go to the hospital first thing in the morning, my manager having told me to stay off work.

I went to bed, and was sick during the night. I hadn’t been sick in over 20 years, but still thought I just had a virus and decided to see how I felt the next day. The next morning I felt terrible, nauseous and so ill – but had my balance. I rang my dad who arrived very quickly and took me to A&E. I still thought I just had a virus so told him to leave me there while he walked his dogs. 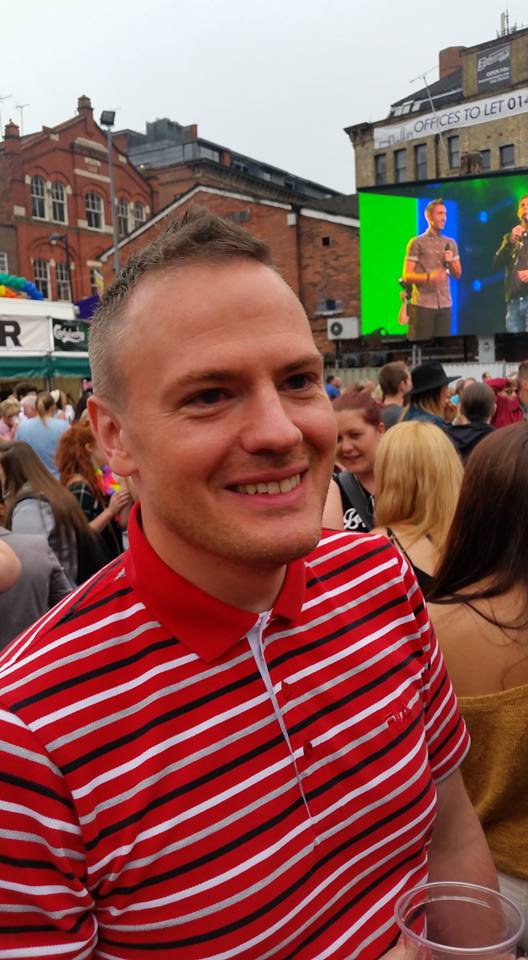 While sat in the A&E waiting room I felt worse and worse and after a short while they moved me to a cubicle, where I sat with my head between my legs, as it makes me feel better when I feel nauseous. This time that didn’t help though and by the time my dad got back I was being sick over and over. The next thing I remember was later that day waking up on a ward with the consultant telling I’d had a stroke. I wasn’t unconscious but I slept almost the whole time. Even the tiniest movement made me feel so sick, and by that time there was no food left and I was bringing up bile, horrible, green slime

The nausea lasted a few days and I very gradually began to realise the affects of the stroke. I couldn’t talk! Or that’s how I considered it. I could actually talk, only very slowly and carefully, emphasising every syllable. I could only type very slowly. And I’m used to typing very fast! I tried to type on Facebook and text, via my phone, but it was incredibly difficult. It felt normal in my head but when I tried to hit the keys I kept missing or hitting the wrong ones! I was at least still able to move all my limbs though, even if they weren’t working right.

‘It was like being really drunk. I tried to walk in a straight line but my body just veered to the side’

I was incredibly scared of getting up because I knew from going for my MRI scan that moving about, even going from my bed to a chair was so hard. It was like being really drunk. I tried to walk in a straight line but my body just veered to the side. I remember after about 3 days needing the toilet for the first time and being determined to go alone. I absolutely didn’t want to have to have help going to the toilet!

The toilet was only across the ward, about 3 metres from my bed but I had to hold on to something – bed rails, walls etc – the whole way. Unfortunately I pissed all over the floor and had to call a nurse – although I do blame this on all the disabled adaptions to the toilet rather than any poor aim on my part!

I was in hospital for eight days in all. While in the hospital I saw various therapists, occupational, physical and most importantly to me, speech! Across eight days I made what I now consider to be massive improvements. At first, things like going to the toilet, moving from a bed to a chair, brushing my teeth were massive steps, but after a week these things were easier and went from being towering mountains, to just small challenge.

On the eighth day, I was taken around the hospital by the physio, and met my number one enemy – stairs! Going up was scary but going down was much worse. I had to hold on to the handrail, but managed fine and was told I could go home – that day!

I wasn’t on many drugs – only Warfarin to stop my blood clotting, and hence a reoccurance of the stroke, and daily Fragmin injections into my stomach to achieve the same end until the Warfarin built up in my system. I HATE needles and there was no way I could ever do this myself so my dad was shown how to do it. I had to have blood tests every couple of days while they monitored the levels of Warfarin in my blood so it could be seen how much I needed to take, and more importantly to me, when the Fragmin injections could stop.

I had no control over my swallowing. It was 50/50 whether it would go into my stomach or my lungs

Once I was home, and alone, I was so happy to just be able to relax in front of the TV. Talking, typing, writing were very difficult so communication was a chore but I like being alone watching TV – the one thing that was unchanged! – so it was OK. I was given 6 months grace living at work and it quickly became apparent that I could do things for myself – so I stayed. At first, I sat down in the shower! But gradually I realised that I could stand up and not fall over. I did buy a non-slip mat though, just in case. The thought of having to have rails and things like that was horrifying, but at one point was a real possibility.

I couldn’t even drink properly. I had no control over my swallowing. It was 50/50 whether it would go into my stomach or my lungs and I was constantly coughing on Diet Coke. I had to be very careful.

Around three weeks after the stroke, I felt like I had woken up – at first I slept all the time. Even doing the smallest thing like going for a blood test meant I fell straight asleep. All of a sudden though I felt like the past few weeks were a dream and I was back in the land of the living.

Things that I couldn’t do became easier every time I did them. After 5 weeks or so, I began to feel like going back to work. By mid-June, I did full shifts and I went back to speaking to customers in the hotel. I returned to full time work at the beginning of July, just under 3 months since I had my stroke.

There are still some residual difficulties for me. Typing has improved vastly, and continues to improve every day, but is still not what it was. Writing is still difficult. Once very neat, it’s now untidy and I have to have my hand at the right angle to write.

The thing that has changed most and is most noticeable is my speech. I can have a conversation without much issue, but being ‘out’ socially is still very much a question mark. Although my understanding and memory are mostly unaffected, it’s much easier to answer a direct question in a one to one siuation than have a fast conversation – in a social situation. I struggle to shout!

Over the months since it happened, I have understood more about what happened, and why. A vein in my neck had split, this had started to heal, but as it did so, tiny pieces of clotted blood had gone into my brain, blocking blood flow and causing my brain to be ‘showered’ with small strokes.

‘Far from being something that only affected old people, I now knew that stroke affected people of all ages’

Although they are unable to say for certain why the vein in my neck had split, or ‘dissected’, I had started seeing a personal trainer only a week before, so it would be a remarkable coincidence if it wasn’t connected. I guess this is why they always say you should consult with a doctor before starting any new exercise or diet regime!

Far from being something that only affected old people, I now knew that stroke affected people of all ages. Although it is most commonly caused by ill health in old people, one third of strokes happen to people aged under 65, and it can be caused by a traumatic injury, even a relatively small one (as mine was) as well as general wear and tear.

I had started seeing a personal trainer as I was due to go on holiday in September this year and I wanted that impossible ‘beach body’. I still went on my holiday, and I had a great time, but I didn’t have my beach body, I guess I was never meant to. Although it’s been a struggle, I’ve been lucky to have the support of my family and my employers, and aside from my speech, life has returned to pretty much how it was before.