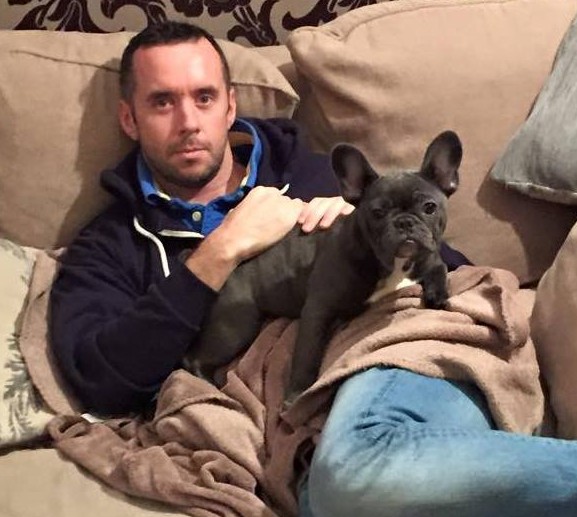 Handsome ad sales exec Matt Wells opens up about how insecurity around his pals left him insecure and broken and how the very same friends brought him back from the brink!

I am blessed with the most amazing group of friends who adore me, and who I would do absolutely anything for, 24/7, but unfortunately for me (some might say, or just I say) they happen to also be some of the finest looking friends I could possibly ask for.

Although this shouldn’t be an issue, for some reason, teamed with some already deep-rooted confidence issues, it sent me into somewhat of a spiral.

In February of this year, during a very close friend’s intimate birthday meal in Soho, I felt very much out of sorts. Sat at the end of the table (which is very rare for me) and keeping very quiet, I felt something brewing. So too did my friends, who kept a close eye on me. Unable to engage in anything remotely resembling a conversation, I knew something was going to happen but had no idea in what form it would manifest itself. Soon enough, I found myself running to the bathroom followed closely by my friend, crying, sweating, hyperventilating and shaking from head to toe. My friend hugged me and I had to hold on to the wall to stop my body from convulsing. For anyone who has never had a panic attack, I can safely say it was one of the most disconcerting experiences I have had. Ever.

‘Almost every single week, I would experience a panic attack, mainly when I was in a social situation involving my friends’

I immediately left the restaurant and made my way to my best friends house for the evening to calm down. I had no idea why this had happened and am still not sure to this day. However, this became a regular occurrence for the following six months or so.  Almost every single week, sometimes twice a week, I would experience a panic attack, mainly when I was in a social situation involving my friends – be it at a bar, house party or on the approach to a club. Every single time I would find myself hyperventilating, crying, shaking, even in a sober state. The prospect of being in a busy social setting (and it only happened in gay venues) set me into a blind panic – but why?

After a few months of total frustration and a lack of social life, I started to become very withdrawn, lonely and frustrated. I had never before been in this position when being in social situations with my best friends sent me into a spiral of self-deprecation and hatred.

As a result I found myself missing friends birthdays, summer parties and general social gatherings. Friends, albeit always supportive beyond belief started to become a little frustrated with me, and rightly so. They missed me, and why the hell wouldn’t they? I’m funny as fuck! Ha! I started to become a little OCD about social events. I remember asking one of my best friends, Jonny, questions before going to his house one night, such as ‘’How many people are there?’, ‘Who specifically is going to be there?’ And at one party I even made my friend make everyone leave because I couldn’t deal with people I didn’t know being there. I just felt such a high level of discomfort around people I didn’t know.

‘I would find myself holed up in a bathroom, crying furiously, breathing heavily and being consoled by one of my life-saver friends’

It became very tiresome for all involved, but my friends were so patient. Many a time I would call my friends during an attack just to be calmed down – probably making them feel uncomfortable or helpless, but not once was I rebuffed. If I did manage to make it to an event, within an hour or two, I would find myself holed up in a bedroom or bathroom, crying furiously, breathing heavily and being consoled by one of my life-saver friends, before taking myself off home to sit wallowing in frustration at this annoying recurring episode. The aftermath or an attack was sometimes worse than the attack itself, feeling emotionally and physically drained.

Eventually, enough was enough and I went to see a doctor who referred me for Cognitive Behavioural Therapy. To cut a long story short, it transpired that I was constantly comparing myself to my aesthetically pleasing friends and always putting myself down. Why would someone want to speak to me when they have my friends to choose from? If someone did speak to me, they were only speaking to me because they wanted to get to my friends, or they were speaking to me because they thought I was nice or funny (never because they fancied me or valued me).

‘My brain was processing these thoughts, and throwing out something that I couldn’t handle anymore in the form of panic attacks’

Now this all sounds like a lot of self-obsessed, ‘’poor me poor me’’ drivel, and I would probably roll my eyes and say the same if someone was saying this to me. However, my brain was processing these thoughts, and throwing out something that I couldn’t handle anymore in the form of panic attacks, and I really needed to get a hold of this or risk it spilling over into other areas of my life such as work.

I began to become bitter about my friends, and the gay scene in general – I don’t believe I fit the typical stereotype of gay men and have been subject to comments in the past, from gay and straight people whilst in the company of my friends, making it all the more embarrassing, such as ‘’I thought gay men were meant to have good bodies’’, or ‘’it must be hard being friends with ‘’insert name here’’, you’re like his fat hanger on friend’’. Now I never really thought I was fat, but when you’re told it, you begin to believe it.

‘On a rare night out during this period, my best friend took me to a Soho club, and vowed to stay by my side – and that he did!’

In the end, it was ultimately the support of my incredible friends that pulled me out of this state of mind. On a rare night out during this period, my best friend Dino took me with a group of friends to a Soho club, and vowed to stay by my side – and that he did. With the sort of kindness and genuine love that is the reason he is so prevalent in my life, he literally held my hand all night and through that, gave me the confidence I needed to stay the course on that night out.

On return to a friends’ house at the end of the night, everyone cheered when we realised that I had lasted the whole night without sobbing or doing a ‘Back-door Billy’ – for the first time in 6 months – it was such a nice moment and a probable turning point.

What I ended up realising – which sounds blazingly obvious with hindsight – is that life is far too short. More worthy battles are being fought all over the world, and I soon realised that I have one life, one body, one mind and with the right mind-set and positive outlook, you really can change the way your mind works and processes your thoughts, but leaning on the people closest to you who believe in you and what you’re capable of is priceless.