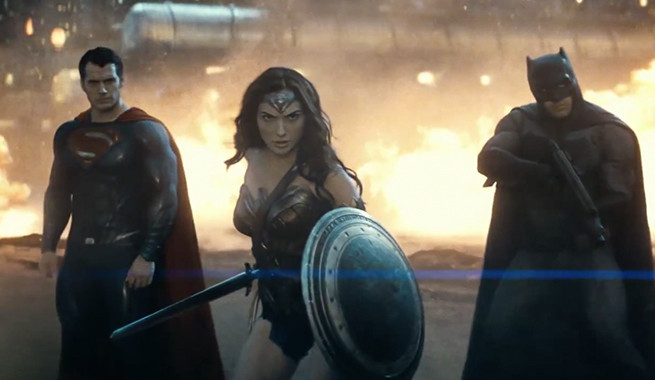 Ooh, the second Batman v Superman trailer has arrived. And it’s a lot more exciting than the teaser trailer that hit earlier in the week. Why? Because it features WONDER WOMAN!

From the off, it’s clear that Clark and Bruce aren’t going to be best buds as they snarl and pick at each other at a party (an underlying attraction for each other? We can only hope!) 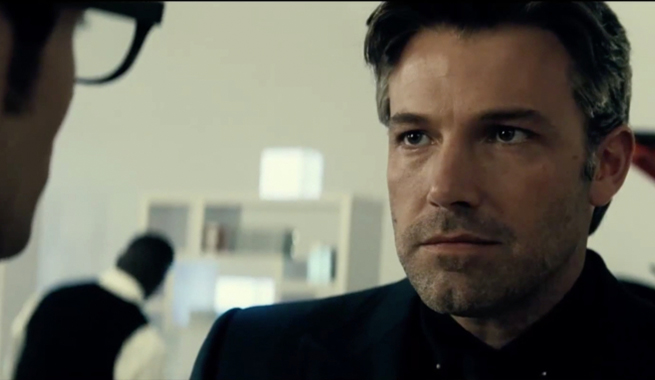 Once the boys slip into their skintight superhero garb, they become even more ferocious, as they thwack and slap each other silly. The boy-on-boy action really is something to see and is as hot as any Titan flick you’ve ever enjoyed!

Those of you worried that we’d lost Christian Bale’s fearsome growl now Ben Affleck has slipped into the bat cape, fear not. He sounds even more goddamn gruff, so much so we actually thought EastEnders’ Kathy Beale was doing the voiceover. 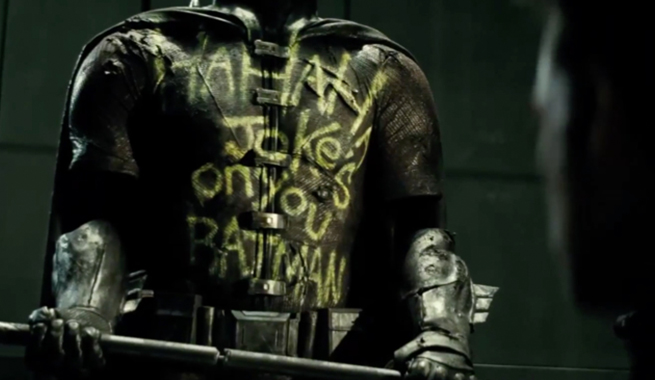 But don’t worry, boys, it’s not just a film about two big, burly beefcakes squaring off with each other. The movie is jam-packed with moments of sheer spectacle; buildings crumble, streets get ripped up and – blimey –  there’s even a scaly-skinned beast with eyes that shoot flames. The movie’s got the lot.

And there’s more. Surely, the most sensational moment of the trailer is when Wonder Woman (Gal Gadot) makes her sensational debut, in an outfit that looks more Zena Warrior than 70s Lynda Carter. It’s moment that we won’t forget in a good while.

But hey enough yapping, get watching the trailer yourself.