Jamie Lambert: ‘We should be celebrating stars as famous as Olly for being open about their sexualities’ 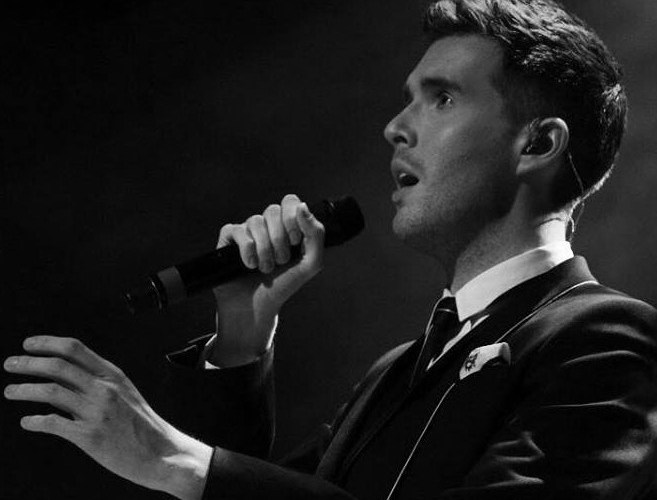 You gotta feel sorry for the lovely Olly Murs. He makes an innocent throwaway comment – that he’s 20% gay – and everyone jumps down his throat as if he’s said he’s slapped the Queen around the face.

Clean Bandit’s Neil Amin-Smith and Austin Armacost were fast to criticise the handsome singer, but there have been some stars who’ve jumped to his defence such as Collabro star Jamie Lambert.

Not only did he hilariously shut down Neil with the biting Twitter comment ‘Would rather be in MT (brilliant genre) than trying to find work as a pop violinist post record contract’, he also rather eloquently said this:

‘I think it’s ridiculous that LGBT figures are coming down so hard on Olly for being open about sexuality – I don’t think he was intentionally offensive, he made a comment about campness because he’s obviously not well attuned to the millions of tiny nuances the gay military feel he should be, and the way to correct that isn’t by starting a tidal wave of abuse.

‘We are forgetting that we should be celebrating celebrities as famous as Olly being open about their sexualities and starting discussions about them, rather than immediately shelving them into the ‘how offensive’ category because we have such high expectations. We aren’t equal yet, and we certainly aren’t going to get there by shutting everyone down who has an opinion because, from our point of view, they’ve stepped slightly outside the lines that we so rigidly expect them to stick to.

‘At the end of the day, if we react this badly every time a role model or famous figure who doesn’t openly identify with the LGBT community makes a comment about LGBT issues, we are isolating ourselves and discouraging discussion which will lead to mutual understanding and acceptance.’

Do you agree with Jamie Lambert? Let us know.

Read what Austin Armacost has to say about Olly’s comments!