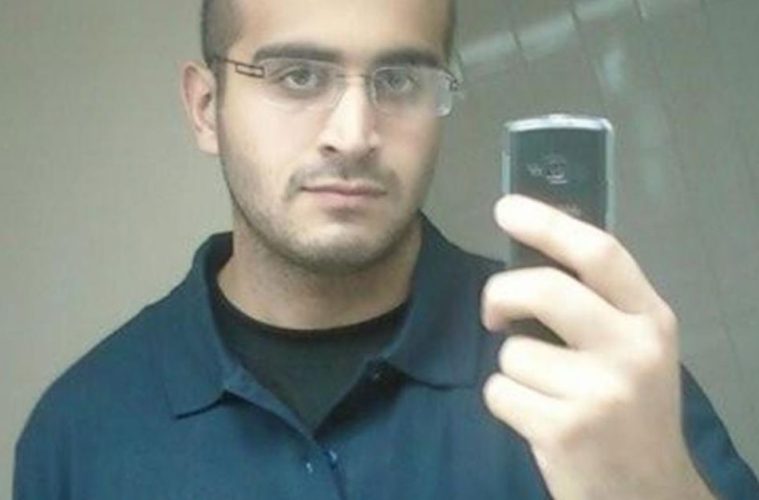 It’s been reported that Orlando killer Omar Mateen was insecure about his sexuality and was a frequent visitor at Pulse nightclub!

In a shocking twist, it has been reported that Omar Mateen was leading a secret gay life!

A former classmate of Omar Mateen’s 2006 police academy class, has come forward and said that he believed Mateen was actually gay, while patrons of the Pulse nightclub remember him frequenting the club regularly over a three year period and was very comfortable with gay men.

Speaking to WFTV9 in Orlando, his police academy classmate said he and Mateen was struggling with his sexuality and even asked him out on a date. ‘We went to a few gay bars with him, and I was not out at the time, so I declined his offer,’ the former classmate told the news channel. ‘He just wanted to fit in and no one liked him. He was always socially awkward.’

However, regulars at the Pulse nightclub said they saw a very different Mateen, one who felt very at home around gay men.

A couple who work as a drag double act told NYNewsDaily that they had seen Omar at the club ‘as many as a dozen times’. Pulse patrons, Ty Smith and Chris Callen said they had said they’d seen him escorted drunk from the club more than once.

‘I’ve seen him a couple of times at Pulse, a couple of other people that I’ve spoken with, including an-ex security guard, have actually witnessed this guy at Pulse many times before,’ Callen told NYNewsDaily. ‘One friend was a security guard there two years ago and she remembers him.’

Chris said that when he first met Omar he thought he was a nice guy. ‘‘He was at the bar. He was actually talking with another guy,’ he recalled. ‘I turned around. I was in drag. I said hello. He seemed comfortable. Later that evening, he was out there dancing with another guy.’

When asked why Omar may have committed his heinous crime, Chris told NYNewsDaily, ‘It could be he just went crazy. Maybe he got radicalized and hated who he was.’

Chris’s partner Ty Smith told Canadian Press that he didn’t buy Omar’s dad’s account that he had been upset by seeing two men kissing. ‘That’s bullcrap, right there,’ he stormed. ‘No offense. That’s straight-up crap. He’s been around us. Some of those people did a little more than (kiss) outside the bar. … He was partying with the people who supposedly drove him to do this?’

Ty added: ‘(He’d get) really, really drunk. … He couldn’t drink when he was at home — around his wife, or family. His father was really strict. … He used to bitch about it.’

In other reports it’s also been suggested that Omar regularly used gay apps like Grindr, Adam4Adam and Jack’d.

Could this cold blooded killer have been gay? Was he nursing such self hatred about himself that he lost it and took out his insecurities on all those innocent people? We may never know….