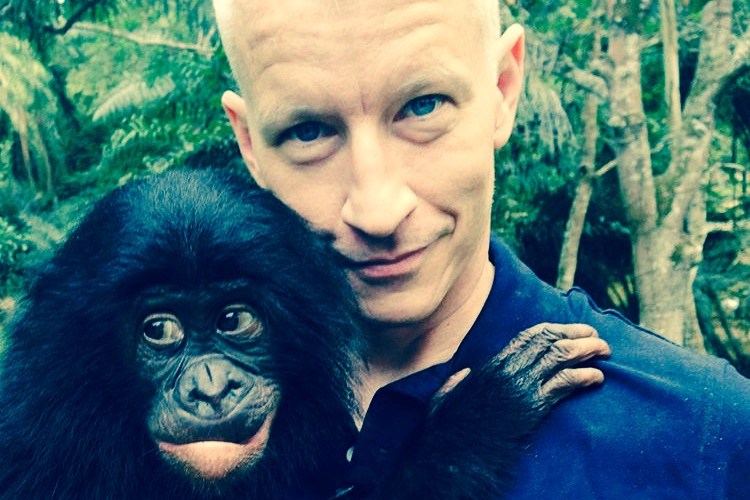 US TV Legend Anderson Cooper forgot to tell his mum he was gay!

US TV legend Anderson Cooper has admitted that when he announced he was gay in The Daily Beast, he had forgotten to warn one very special person about his news – his beloved mother.

Back in 2012, the US anchor decided after many years to tell the world he was gay via a letter in The Daily Beast. ‘At a certain point it started to feel like by not saying something, I was saying something,’ he said. ‘It seemed like I was uncomfortable about something, which wasn’t the case. I was leading a very open gay life with my partner in New York, we’d go to gay bars… so I wrote out a letter, like a public statement, and I had it published on The Daily Beast.’

Before the message appeared, he decided to jet off to a remote camp in Botswana that had no Internet or phone connection. On the day the announcement went live, Anderson suddenly remembered he’d forgotten to warn his mom before he left! ‘So she read it in The New York Times and I couldn’t reach her for three days,’ he recalls. ‘When I finally got to a phone she said, “Oh, I saw that thing! I didn’t know you were going to do that!”‘

Although he took his time to come to the public, Anderson says he understands why it is important for gay men like Gus Kenworthy and Charlie Carver to come out in the public eye.

‘I’m certainly not one to preach to anybody about what they should do with their lives, but I do think visibility is important,’ he told The Daily Beast. ‘I understand that people were critical of me for not doing it sooner, and I understand the desire to have people who are visible in the public sphere, but I think we do what we can.’

Cooper and his mother are due to release a book together called The Rainbow Comes and Goes, in tandem with an upcoming doc, Nothing Left Unsaid: Gloria Vanderbilt and Anderson Cooper,.