Overtones’ star Timmy Matley: “We may have lost a bright star, but he has left behind a feel good legacy of great music” 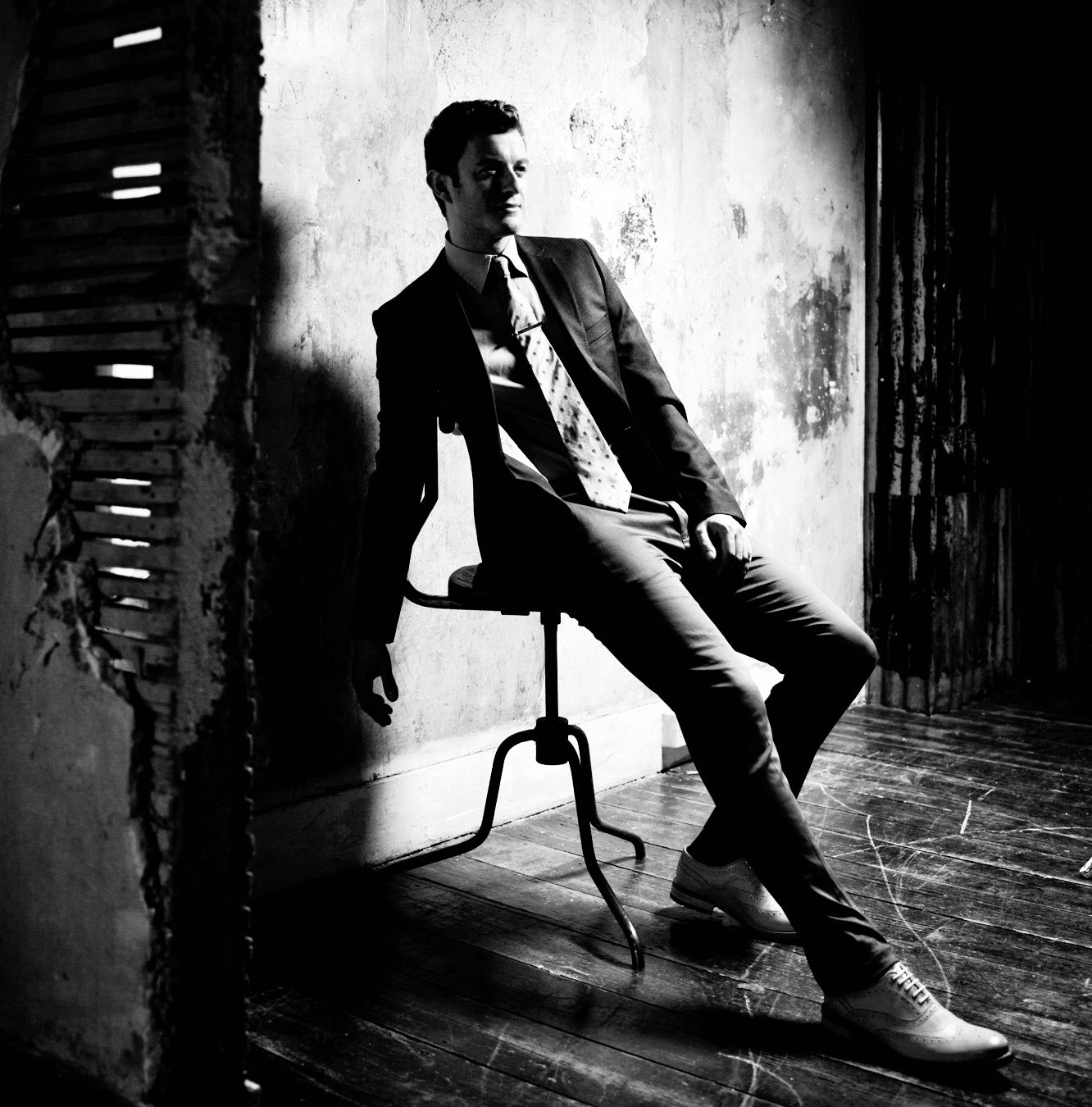 Timmy Matley from the all singing, all swinging manband The Overtones has died.

The 36 year old singer had been battling skin cancer after he was diagnosed with stage three malignant melanoma in 2016 although at the time of writing it is still unclear as to the cause of his death. 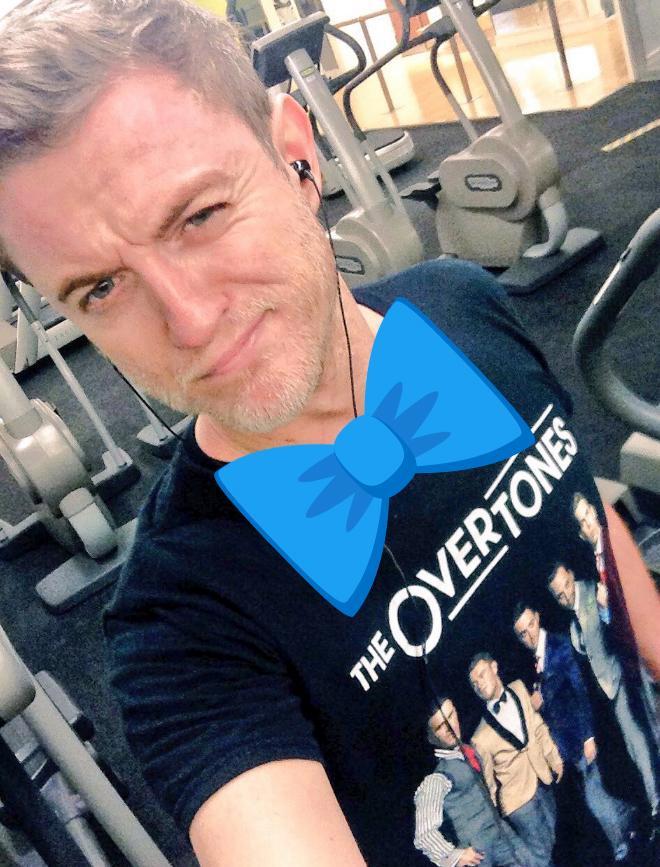 His devastated bandmates embers Mark Franks, Mike Crawshaw, Darren Everest and Lachie Chapman took to Twitter to inform their thousands of fans: “It is with the greatest sadness that we have to announce that our dear friend and brother Timmy has passed away.

“We know this news will be as heartbreaking for you all as it is for us. We appreciate your love and support at this difficult time.” 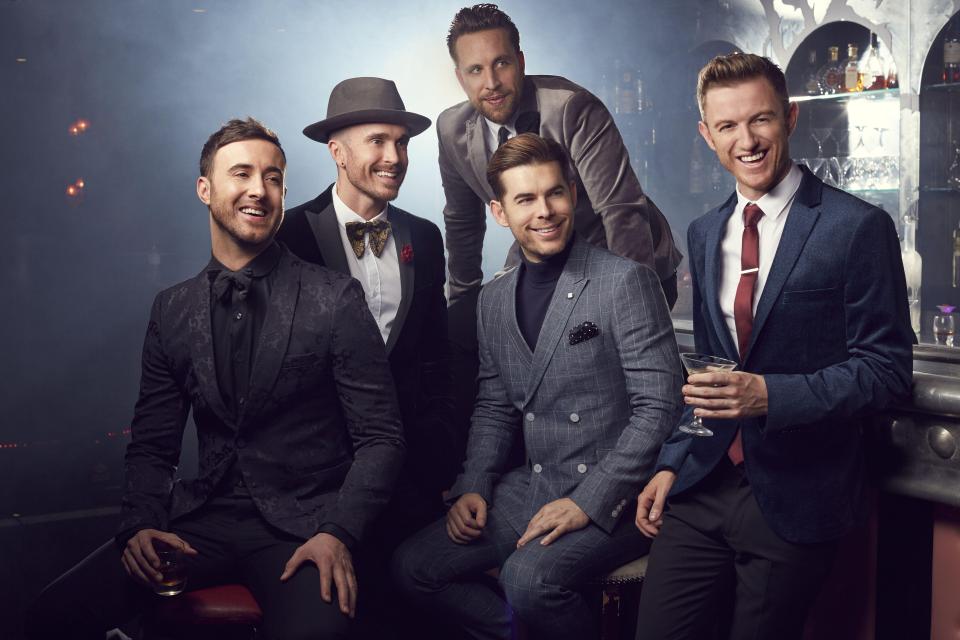 I have was lucky enough to work with the handsome boys over many years on magazines such as OK! magazine and Attitude and the news is absolutely devastating to me on a personal level. Like the rest of the fellas, Timmy was a bundle of joy who was always bright and full of laughter. He and the lads were always so enthusiastic when we shot some amazing shoots, including one insane one in which the band were held hostage by a loony fan!

Timmy and the boys were always up for fun and were only too happy to play along with the crazy concepts I’d come up with. They – unlike some others – were also so supportive of me when I left big publications and set up GuysLikeU. I have met a lot people in the world of showbiz and Timmy and the boys were always and still are the most humble and easy to get along with fellas.

I can only imagine how devastated Mike, Lachie, Mark and Darren are feeling right now to lose their friend and my heart goes out to them. It will be a terrible loss for them as they have been through so much together. But even though we may have lost such a bright star, he has left behind a feel good legacy of great music.

The group had recently just finished recording their latest album due out this summer and will no doubt serve as a fitting tribute to this lovely lovely man! 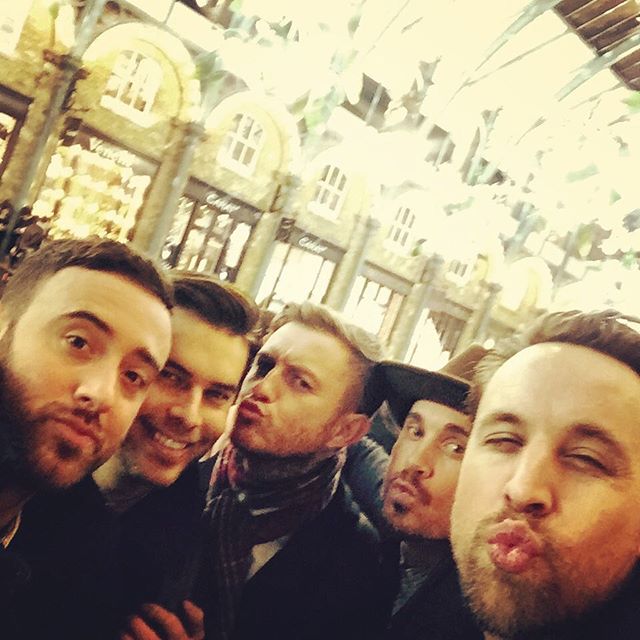 Among one of the first interviews we carried, Timmy opened up about his teenaged years and spoke about how he was “billy-no-mates” and was introverted. However, he went onto say that looking back he would tell his sixteen year old self:  “It’s all there for the taking Timmy boy! There’s a lovely happy life waiting for you.”

Below, is an excerpt from the chat we did with them.

What kind of guy were you when you were 16?

I was quite an introvert as a child, but I always came into my own at schools discos . I had few of the Michael Jacksons moves as I used to study his music videos. I was the creative chatty kid that nobody knew what to do with. I didn’t really get amazing grades but I always tried my best. I think I could have done with going to a school that focused on the arts as well as studies.

Did you suffer from any bullying?

I went to an all boys school and I wasn’t good at sports. I hated school if I’m honest but I had to go through it. I was a bit of a Billy-no-mates but I was kinda happy with that.

Who was your teen crush?

I had a crush on Britney and Justin at one point. So that was a confusing time but they had such great pop tunes though! I couldn’t help it.

Did you have lots of girl/boyfriends at school?

I had two girlfriends, one two years older and one my age called Julie. She was so pretty and a nice person she lives in Canada now and has two kids.

Ireland was very backwards when I was a teenager. So apart for learning about how a baby was made, that was it. Things have changed now I’m glad to say there is sex ed now.

Were you conscious of being gay back then?

I knew I was different but when I moved to the UK to study at Laine Theatre Arts I was around other gay guys and that made me feel more ok with it all .

Were you open about it? Or did you keep it quiet?

I came out to my mam when I was 18 . However I only really felt like I knew who I was as man at around 28 yrs old.

Emily Shaw, kinda weird telling her as she had a crush on me. But she also was my friend.

I hit puberty late so  even when I was 21 I looked like I was 16. I hated that but know I think it’s all a blessing.

Definitely wanted to sing or act in musicals and I always dreamed of being in a male pop group. I grew up in the era of NSYNC and loved my pop music at that point in my life. To be fair I want to do loads in my lifetime performing wise and still do. It keeps it interesting.

I will always be inspired by the music of Stevie Wonder. If music gave the world an angel it would be him.

Pull your socks up, get your head down and get on with it. It’s all there for the taking Timmy boy! There’s a lovely happy life waiting for you.