Teen Wolf star Charlie Carver comes out in the most beautiful way! 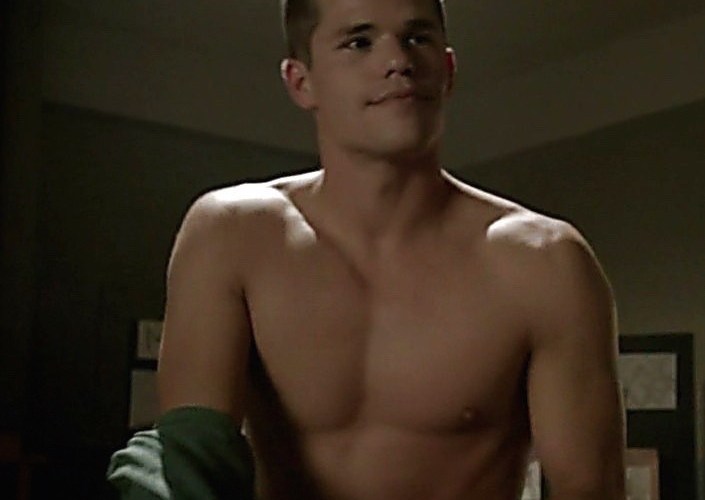 Stars seem to come out almost every five minutes these days. But Teen Wolf and The Leftovers actor, Charlie Carver, has done so in the most beautiful and articulate way  and one that will inspire and reassure other young gay men still trying to come to terms with their feelings!

In a series of intimate posts on Instagram, Charlie has spoken about how he has finally come to terms with his sexuality and is living as a happy gay man. 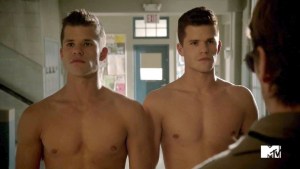 ‘I […] knew, however abstractly, that I was different from some of the other boys in my grade,’ he wrote. ‘Over time, this abstract ‘knowing’ grew and articulated itself through a painful gestation marked by feelings of despair and alienation, ending in a climax of saying three words out loud: ‘I am gay’.”

Charlie went explained that he endured something of a battle with himself as he battled with his private versus public image, especially in the early days of his career. 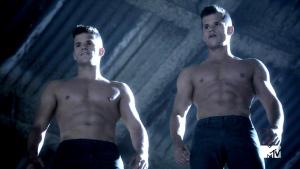 While this is yet another amazing young star who has opened up to the world about his most personal of subjects, he makes a very important point that every young gay should take note of.

‘Coming Out’ is different for everyone. You can always Come Out to yourself. Coming Out as Gay/Bi/Trans/Non-Binary/Yourself or What-Have-You is at first a personal and private experience. If you’re ready and feel safe, then think about sharing this part of yourself with others.’ 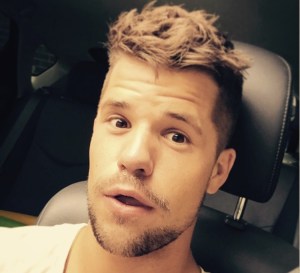 Amen, Charlie. And you know what? Without you realising it, your amazing posts have just changed many young men’s lives.

Pt 1: “Be who you needed when you were younger”. About a year ago, I saw this photo while casually scrolling through my Instagram one morning. I’m not one for inspirational quotes, particularly ones attributed to “Mx Anonymous”- something mean in me rebukes the pithiness of proverbs, choosing to judge them as trite instead of possibly-generally-wise, resonant, or helpful. And in the case of the good ol’ Anonymous kind, I felt that there was something to be said for the missing context. Who wrote or said the damn words? Why? And to/for who in particular? Nonetheless, I screen-capped the picture and saved it. It struck me for some reason, finding itself likeable enough to join the ranks of the “favorites” album on my phone. I’d see it there almost daily, a small version of it next to my other “favorites”; I’d see it every time I checked into the gym, pulled up a picture of my insurance cards, my driver’s license…. Important Documents. And over the course of about-a-year, it became clear why the inspirational photo had called out to me. As a young boy, I knew I wanted to be an actor. I knew I wanted to be a lot of things! I thought I wanted to be a painter, a soccer player, a stegosaurus… But the acting thing stuck. It was around that age that I also knew, however abstractly, that I was different from some of the other boys in my grade. Over time, this abstract “knowing” grew and articulated itself through a painful gestation marked by feelings of despair and alienation, ending in a climax of saying three words out loud: “I am gay”. I said them to myself at first, to see how they felt. They rang true, and I hated myself for them. I was twelve. It would take me a few years before I could repeat them to anyone else, in the meantime turning the phrase over and over in my mouth until I felt comfortable and sure enough to let the words pour out again, this time to my family…

Pt 2: For anyone who can identify with that experience (and I think we all can to some degree; saying something from a place of integrity, owning and declaring oneself), the immediate and comingling sense of relief and dread might sound familiar to you. For me, and my family, it was a precious conversation, one where I felt that I’d begun to claim myself, my life, and what felt like the beginning of a very-adult-notion of my own Authenticity. For that, and for them, I am forever grateful. *Note “Coming Out” is different for everyone. You can always Come Out to yourself. Coming Out as Gay/Bi/Trans/Non-Binary/Yourself or What-Have-You is at first a personal and private experience. If you’re ready and feel safe, then think about sharing this part of yourself with others. I recognize that I was born with an immense amount of privilege, growing up in a family where my orientation was celebrated and SAFE. If you feel like you want to Come Out, make sure first and foremost that you have a support system and will be safe. I would never encourage anyone to Come Out only to find themselves in harm’s way – a disproportionate number of Homeless American (and Global) Youth are members of the LGBTQ community who were kicked out of their families and homes out of hate and prejudice. It is a major issue in-and-of itself, and a situation not worth putting oneself at risk for. The more I adjusted to living outwardly in this truth, the better I felt. But my relationship to my sexuality soon became more complicated. The acting thing HAD stuck, and at nineteen I started working in Hollywood. It was a dream come true, one I had been striving for since boyhood. But coupled with the overwhelming sense of excitement was an equally overwhelming feeling of dread- I would “have to” bisect myself into two halves, a public and private persona, the former vigilantly monitored, censored, and sterilized of anything that could reveal how I self-identified in the latter. I had my reasons, some sound and some nonsensical. I do believe in a distinction between one’s professional life and their private one…

Pt 3: After the first episode of television I shot went to air, it became clear to me that I was at least no longer anonymous. For the first time, I found myself stopped on the street, asked to take a picture by a complete stranger – part of the job I had willingly signed up for. Fame, to whatever degree, is a tricky creature. In this day and age, particularly with the access offered by social media, it demands that you be On, that you be Yourself, Always, in your work and to your fans. In this way, the distinction between public and private has become blurry, begging questions like “to what extent do I share myself? Do what extent do I have to?” When it came to this differentiation of public/private, I was of the opinion that my sexuality could stay off the table. While my Coming Out was very important for me, I wanted to believe in a world where one’s sexuality was for the most part irrelevant. That it didn’t “matter,” or that at least it was something that didn’t need to or ideally shouldn’t ever have to be announced to a stranger, a new colleague, an interviewer. Even the words “Coming Out” bothered me. I took issue with them insofar as that “Coming Out” implied being greeted with attention, attention for something I would prefer to be implicitly just Human, an attribute or adjective that was only part of how I saw my whole self. I did not want to be defined by my sexuality. Sure, I am a proud gay man, but I don’t identify as a Gay man, or a GAY man, or just gay. I identify as a lot of things, these various identifications and identities taking up equal space and making up an ever-fluid sense of Self. Furthermore, as an actor, I believed that my responsibility to the craft and the business was to remain benevolently neutral – I was a canvas, a chameleon, the next character. For the most part I had a duty to stay a Possibility in the eye of casting, directors, and the public. If I Came Out, I feared I would be limiting myself to a type, to a perception with limits that I was not professionally comfortable with. And I created in my imagination an Industry that was just as rigid in this belief as well.

Pt 4: After having the privilege of playing a range of characters, gay, straight and otherwise, I realize this is not the case. Things in this business have changed and will continue to. Thank GOD. I know that because of all of the brave men and women who’ve come out, self-identified, or couldn’t have possibly ever been “In”. So to them, I am also forever grateful. But then I saw that little photo on Instagram. Well, in truth, it had found me long after I’d made up my mind to write something like this. There were so many drafts and plans, none of them ever getting off the ground. So I bided my time, justifying the silence with the fact that I hadn’t really ever been “in”. I tried to live as authentically as I’ve known how to, as a gay guy, since that concept became available to me, only once or twice intentionally dodging the ever ill-timed question with the subtext that might have as well read “ARE YOU GAY???” I’ve lived “out,” not feeling the need to announce so. I was comfortably out in my private life. And for a time, that was enough. Things change. There’s a lot about the Now that I’m very excited about these days. I feel like more and more people, particularly young people, are striving to create a safe world for each other. We’re learning new vocabularies to help others feel heard when they try and articulate their perceived “otherness”- words like cis- and trans-, non-binary, fluid… We’re together exploring the possibilities of the Social Media Frontier, experimenting with new ways to connect, galvanize, and awaken. I get fucking MOVED every time I hear a high school voted in their transgender classmate as Prom King or Prom Queen, or when I see Twitter afire with outrage over mistreatment, brutality, and injustice. But I also mourn over what feels like a lot of anger and righteous indignance. I long for the world to be simple, for everyone to feel happy and safe in who they are as individuals and members of a community. I can only hope that the beginning of this unrest is productive, something our generation(s) is moving through in order to end up someplace better.

Pt 5: But what can I do? How can I participate? Honesty is probably a great step in the right direction. I now believe that by omitting this part of myself from the record, I am complicit in perpetuating the suffering, fear, and shame cast upon so many in the world. In my silence, I’ve helped decide for to you too that to be gay is to be, as a young man (or young woman, young anyone), inappropriate for a professional career in the Arts (WHAAA???) So now, let the record show this- I self-identify as gay. And does that really matter anymore? As a young man, I needed a young man in Hollywood to say that- and without being a dick about it, I owe it to myself, more than anything, to be who I needed when I was younger. Happy 2016, and all my best to you and yours in the year ahead. And let the record show my twin brother is just as cool for being straight. Much Love, C