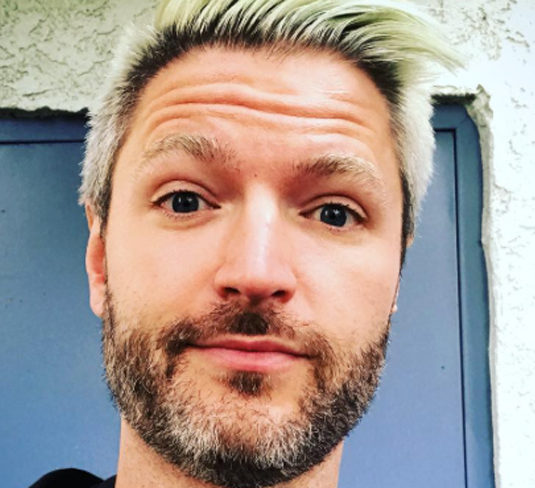 Hey folks. Time for an intervention?

Remember songwriter Lucian Piane? He was RuPaul’s supercute musical collaborator on Drag Race and co-producer on several of Ru’s albums. 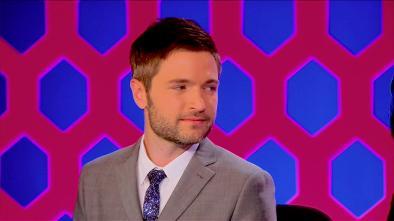 Over the past year or so, the increasingly crazed producer has been ranting and raving and causing a whole lot of upset! 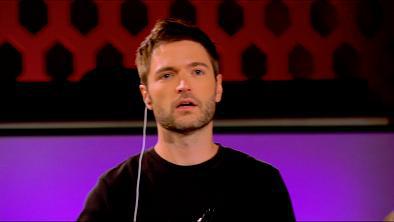 This week, in the wake of the Manchester bombings, the controversial songwriter and producer posted a ranty video directed at singer Ariana Grande. Although he weirdly suggests that Ariana “might be in on” the terrorist attack, he would appear that he is taking exception to US news networks focusing more on her than the 22 people who were killed at the MEN Arena. In the first of several video posts, he raged:

“Hey Ariana Grande! This is a message for you. Alright, so you went through some tough shit. Yeah, okay okay, I’m sure that was hard for you because you’re so rich and you don’t have anything to worry about. Some people died and you probably got a little scared, but maybe you didn’t because you’re fucking in on it.

“Are you in on it? I dunno, but look. The mainstream media is only talking about you now. So that gets me wondering: Are you in on this shit? Are you fucking in on this shit? Did you just sell the lives of 22 people for your career because this CNN is only talking about you and guess what? So is FOX News and so is MSNBC. So I’m sitting here thinking that maybe you’re into some negative dark shit.

“Now, if you’re not into some negative dark shit, why don’t you take a stand and start talking about some real shit like [the bankruptcy of] Puerto Rico? I know it’s not your people because you’re Italian, right? Right?!! Why don’t you stand up for something good in the face of something bad?”

A message for that CUNT @arianagrande

In another post he made it quite clear that he is no fan of Ariana whatsoever, raging:

“I had to really reflect on things i said. I feel really bad it’s hard for me to cry and emote. But I fucking hate Ariana Grande so fucking much. Fuck you Ariana Grande. Guess what, I am really proud of saying that, there are so many  things we should be talking about.

“Syria, misogyny, fucking racism in America. Yo black loves do matter, and if you think they don’t then sure fucking weird. So fucking fuck you Ariana Grande who are you going to benefit from this. Give some credence and excitement and love to.. out of your fucking disaster.”

Lucian’s Instagram followers were fast to attack him for his insensitive comments.

One called kellervuong said: “I’m not an Ariana Grande fan or anything but how dare you talk about those people that way. How dare you disrespect those children who died. An 8 year old child died, was literally blown to smithereens and you say that it’s ‘not importan’. I understand that the bankruptcy of puerto rico is extremly serious and should be talked about but for Britain. This is a huge terror attack and as an ally, America should also express their sorrow. Don’t ever disrespect my country in this way again.”

Another furious follower called king.maany raged:  “What the fuck. she ain’t in on this. honestly. her fans know how much she loves us. so why the fuck will she wanna kill em? ariana went to fucking hospital because of the bomb. she was shocked and traumatised. she told her friend she wants to end her career because if she didnt have the show that day, her fans would not of died/got injured. you’re the cunt. not ariana. and if you think she only did this for attention. get your head outta your fucking ass.”

Another critic called xkatiepx sniped: “I can’t believe this arsehole has the cheek to go on like this.. I’m from the UK and all I have seen is coverage on the ATTACK Ariana only gets mentioned when it comes to the location and WHEN it happened!! Just because you have been on TV once or something doesn’t mean you have the right to go on like that! What a fucking Arse… If you had any fans… You won’t now…. YOU GOT NO FANS”

Later he posted another video to respond to his critics, while sitting on the toilet.

“Someone commented that I was disgracing 22 people who had died. what could more of an accolade for their lives than to prevent other mass casualties? I just had to say that! I couldn’t even wait to get out of the bathroom!

For the past few months, fans have been concerned about the well-being of Lucian. No only did he publicly all out with RuPaul, he also questioned whether or nor the Sandy Hook school massacre actually happened.

In January, Lucian claimed his outrageous behaviour was because he had suffered a “marijuana psychosis” after eating up to 800mg of cannabis in 48 hours.

Wha do you think?