Just us? Or is this the rudest gay groom ever? 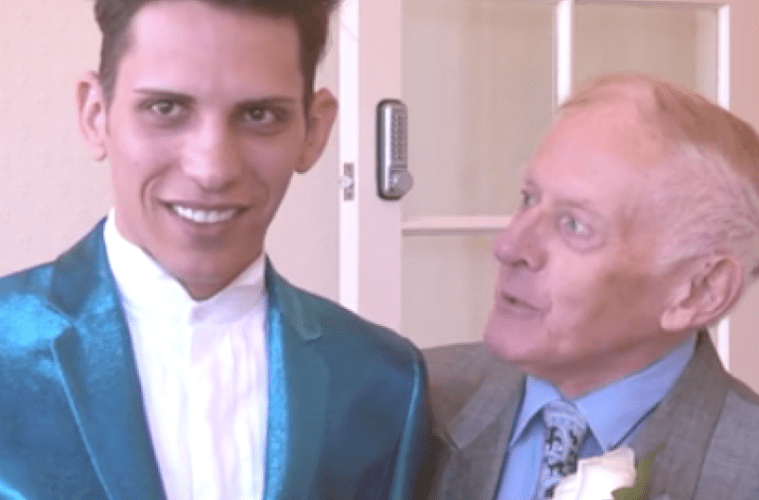 We’re certainly not ones to judge about what people do with their lives, but when we saw this news feature from a local news website this week, we were furious. 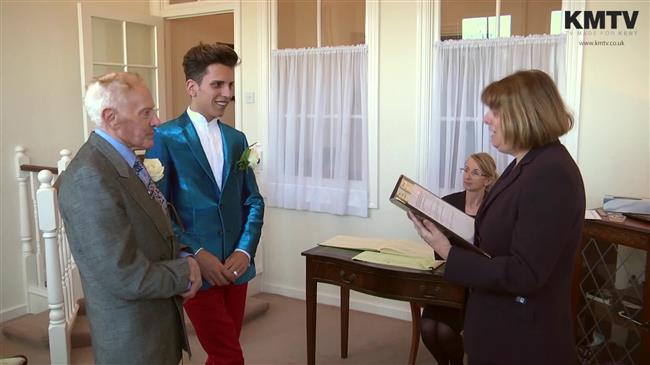 Well yes, until you watch THIS CLIP of their ceremony, that it is.

Not only does the Rev’s ‘model’ boy seem distracted and not engaged int he life-changing moment, he takes time out to tell him off for talking over the registrar during the ceremony. 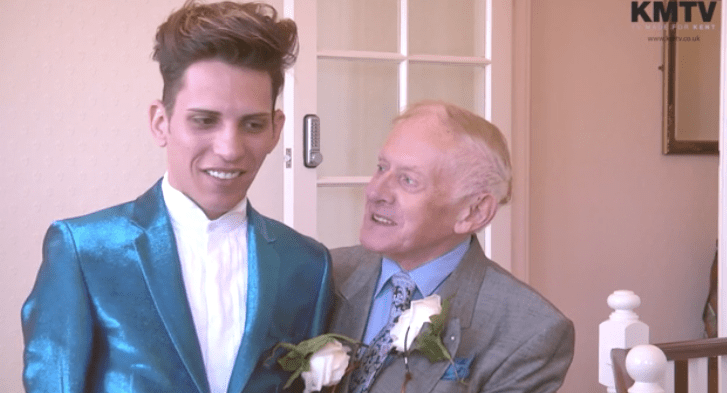 Now, we’re all for being firm and having your say and whatever, but there’s a time and a place to say certain things in a brusque way – i.e. not during your wedding ceremony and not on camera!

But what makes us sad is that it would appear that this rather odd looking dandy just doesn’t have the respect for his hubby that he should have. 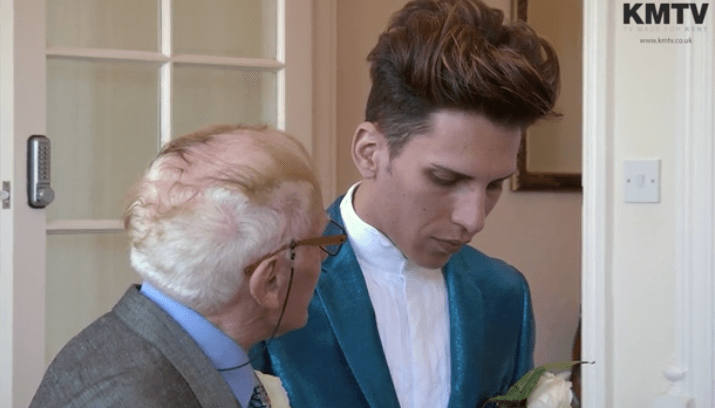 Of course, it could be down to his youthful age, but then we’ve seen toddlers with more grace and class than Florin.

Nevertheless, the Rev was thrilled to have tied the knot with the man of his dreams, so at least one person is happy.

And after the ceremony, the happy blighter was giddy as giddy can be.

His gummy new husband, however, said it was just a “normal day”. 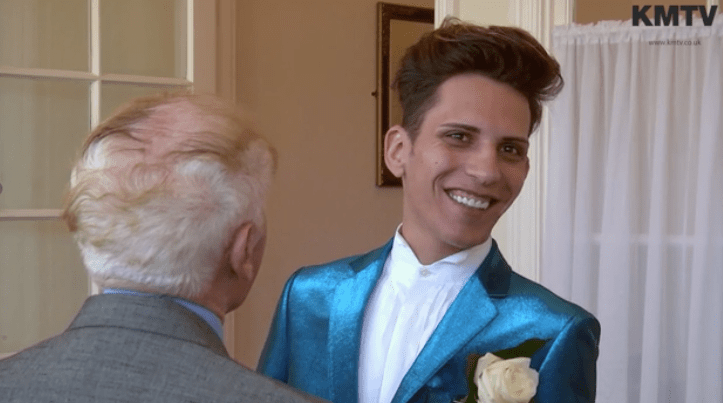 “It doesn’t change absolutely nothing (sic),” ‘model’ Florin continued. “Our life will be the same as it was yesterday but it’s been a nice day.”

Since the couple told the world about their engagement in March, the Rev has been calling on the Church of England to change its policy on same sex marriage  for the clergy. 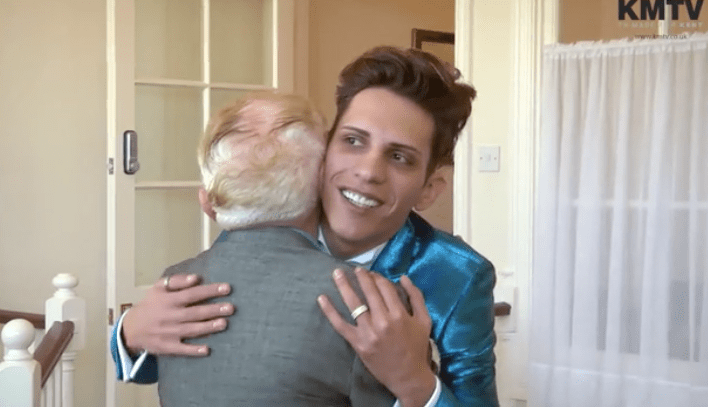 For those unsure of the rules – clergy are not allowed to enter same sex marriages although can have a civil partnership, but they must remain celibate, which is hard for any man! 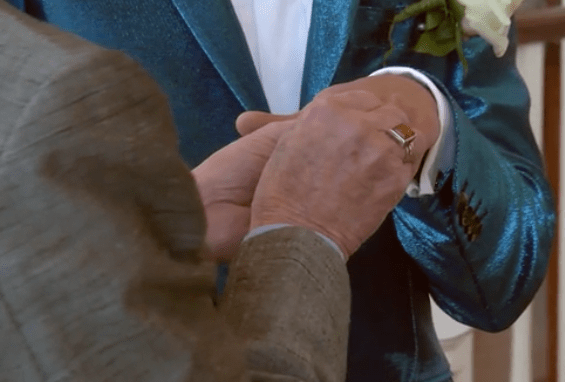 “I think the Church of England should be more consistent,” he told Kent Online.

“If it expects people, clergy, to live with a same gender partner without intimacy, i.e. be celibate, I think there’s something a little bit unsatisfactory about that and it puts a strain on both partners.”

“I still love certain aspects of the church I’ve been brought up in and I’m sorry that they can’t use me anymore or accept me as I am anymore, but that’s the church’s position.”

“I’m human first before I was a priest.”

PS… If anyone has seen any of Florin’s modelling shots, please let us know…..