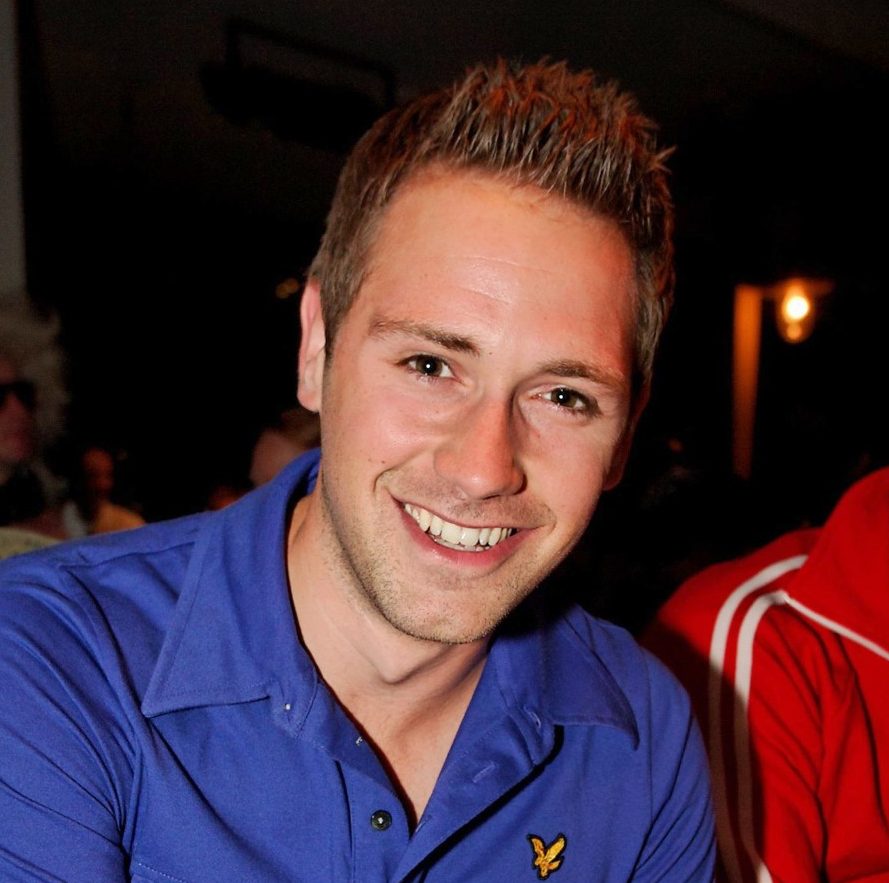 On March 3 2010, much-loved TV presenter and filmmaker Kristian Digby was found dead at his home. The nation, his friends and family were devastated by the news and were fast to pay tribute to the handsome man who had achieved astonishing success on daytime on shows like To Buy Or Not To Buy, with one describing him as “ambitious, intelligent and articulate”.

Openly gay at a time when sexuality was still in the process of being embraced by society, he was one of the then new generation of gay men whose sexuality hadn’t hindered his career development. In fact, his immense talent and admirable ambition had shone through long before he’d became a regular face on the telly.

After studying film, video and photographic arts at the University of Westminster, he embarked on a career of making short films. In 1997, one short, Words of Deception, won him a Junior BAFTA, while a year later another, Last Train to Demise, won him the Melbourne film festival’s award for best student film.

As he established himself as a TV staple on shows like Celebrity Masterchef, Fantasy Rooms and That Gay Show, a real buzz began to engulf Kristian and it was believed that he was well on his way to becoming a star in front of and behind the camera. Sadly that career was cut tragically and now we will never get to experience what brilliant projects Kristian would go on to develop.

To mark the anniversary of his tragic death and to remember the much-loved young star, we spoke to his TV producer and one of his best friends Simon Withington to find out more about the talented young man who is still so sorely missed. 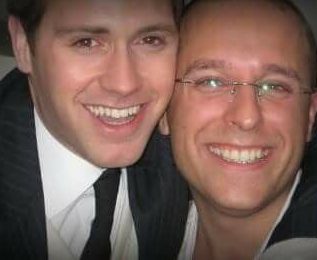 Simon, tell us how you met Kristian,

I first met Kristian Digby in 1997. He’d come along to do a work placement at LWT where I was a young researcher working on satellite channel Granada Talk TV at The London Studios on the South Bank with the likes of Natasha Kaplinsky and Sasha Baron Cohen, long before they were famous. We shared a common love of TV and instantly hit it off.

What kind of person was he?

Kristian was one of the most charismatic people I’d ever met. He was the life and soul of the party. He had a great sense of humour, was a great wordsmith (we’d often try to out-pun each other!), was really worldly, sophisticated and liked the finer things in life. Kristian got on well with everybody he met and, more importantly, everybody liked him. He oozed charm.

What great memories do you have of each other?

In the early days of our friendship, Kristian was just finishing up at university and I was already working in TV. As a researcher and on-air showbiz correspondent, I got pretty good invites and as we both enjoyed the same kinds of things like [free] theatre tickets, opening nights, premieres and parties we’d hang out all the time. Those days were like a whirlwind and we both just loved the whole ‘working in TV’ thing and the doors that could open. It wasn’t long before Kristian met and charmed the right people and got himself that first crucial step on the TV ladder. 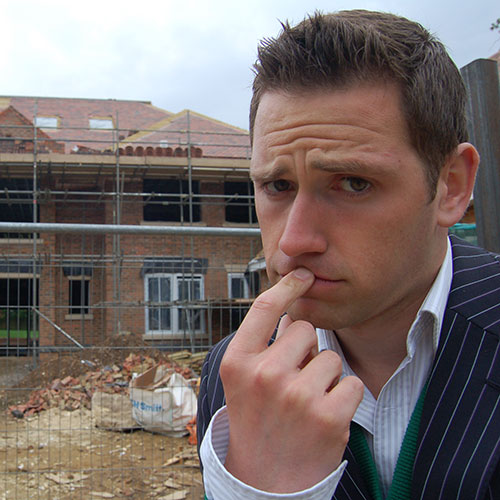 What were his best qualities?

Kristian was adored by everyone. He was over 6 foot tall and ridiculously handsome. On many occasions, I’d see people who he’d just met that would instantly fall in love with him, regardless of their sexuality. Even before Kristian found fame on the television, people would gravitate to him. I’ve never known anything like it before or since. Kristian had an ability to talk to absolutely anybody, make them feel special and hold his own in any social situation. He was genuinely interested in people but equally he was also focused on his own goals and knew exactly how to get the best out of any opportunity that came his way! 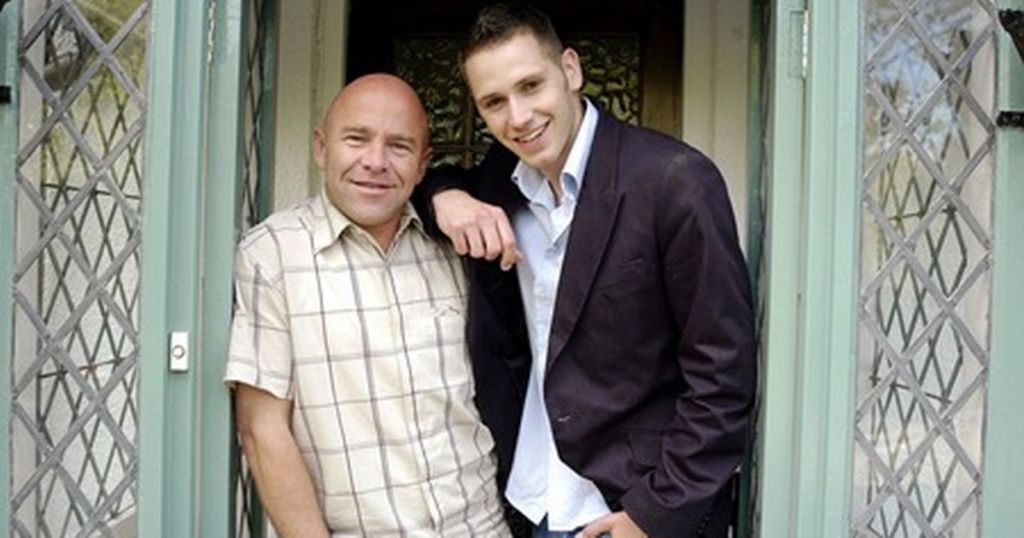 What had he achieved television-wise by the time of his death and what were his plans?

By the age of 22 Kristian was directing a major primetime TV series, Fantasy Rooms with Laurence Llewellyn Bowen for BBC2. His rise up the TV ladder was meteoric. Kristian was hugely creative. He was always writing or drawing or making short films. I think he was enjoying the creative scope that TV gave him to express himself, he wasn’t necessarily hungry for appearing in front of the camera or behind the camera, he just wanted to do well at whatever he was doing. His striking good looks and magnetic personality would open lots of doors for him.

He was so handsome – did he find it easy to find love?

In the 1990s, we were so young and having fun I don’t think finding love was high on the agenda. Into his twenties, Kristian did have a long-term boyfriend Stephen. Then, by 2010, Kristian had found love again. He was so genuinely excited. They both came to my house in North London and I have a lovely picture of them on my red sofa looking so happy and in love. Two weeks later I would learn of his death on the news.

The news of his death came as a shock to us all as it was so unexpected. How did you find out?

I received a text from a friend saying “I’m so sorry to hear about your friend Kristian”. I responded that I didn’t know what he meant. He suggested in his reply that I should turn on Sky News. I couldn’t believe what I was seeing. The first reports were that Kristian died in ‘unexplained circumstances’. I’d been to his house in Stratford. It was architecturally amazing, and even more breath-taking on the inside, but it was right in the middle of what was then a quite under-developed, deprived area. It wouldn’t have been beyond the realms of credibility that his house would have attracted unwanted attention. The first thing I did was call Kristian’s agent Jo Wander to ask if it was true. I was hoping this was all some dreadful mistake. Jo was crying on the phone to me. It was true. Over the next days, the facts about his death were plastered all over the papers [that he had died during a solo sex game.]. I think Kristian would have been mortified for people to know such intimate detail about him. I, for one, didn’t have a clue about that side of his life and like any good friend I wished I could have been there to help him. 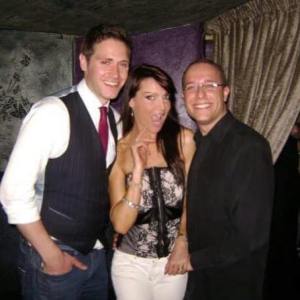 What was his funeral like – were all of his friends in attendance?

Kristian’s funeral was a very sad occasion. It was in his home town of Torquay. It was a beautiful church filled with friends and family. It wasn’t really a showbizzy affair. I felt compelled to give a eulogy. We were so close and although I’d not known him through his school days, I considered him one of my best friends. I spoke about our mutual love of The Golden Girls, how he wasn’t very good at remembering people’s names (other than the important people!), how he loved literature and highbrow films but also trashy TV. There was a tree nearby, where Kristian’s ashes were scattered. Throughout his life, he suffered with dyslexia and ‘coming out’ was a big deal for him, so I can imagine he would have spent many contemplative moments at this beautiful tree. We were all given a copy of a pencil sketch Kristian had drawn of the tree. It sits in a frame in my living room so that I can see it every day.

What do you think Kristian would be doing now?

Thirty-two is no age at which to die. Kristian had such great potential. He had the world at his feet. His BBC daytime shows were out-rating all other competition when they aired. He was young, handsome and successful. There’s no doubt in my mind he would have gone on to be a major primetime star. 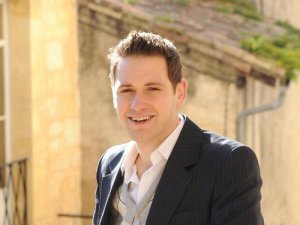 What is it you remember him most for?

Kristian’s sense of fun will stay with me forever. His laugh was infectious. We’d both gossip and belly-laugh at silly things all night long and do impressions of Blanche from The Golden Girls. I miss him dearly.