Paul Burrell has viewers in tears as he opens up about how he told his sons he was gay! 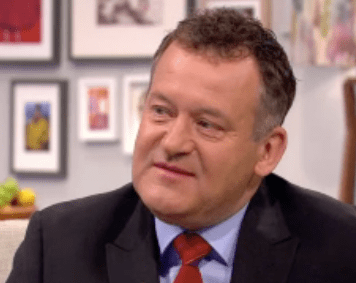 Princess Diana’s butler Paul Burrell had viewers in tears this morning as he opened up about telling his sons that the was gay.

The former I’m A Celebrity star had been married to wife Maria for 32 year marriage before he met soulmate and new husband Graham Cooper on a train. He and Maria divorced last year, but he says the hardest part of his new life was to sit his sons down and tell them that he was in love with a man.

Speaking exclusively to Lorraine Kelly, he said: “My boys are 32 and 29, I underestimated their maturity… when I told them last christmas… No father should have to tell their children about their sexuality. And I did. I had to bare my soul to them and say ‘This is who your dad is!’, wanting be accepted and to be embraced.

“They said it’s a lot to take on board, can we think about it for a while. They thought about it and they said ‘you’re a our dad and we love you and we want to travel with you’. They came to the wedding and they stood proudly by my side.” 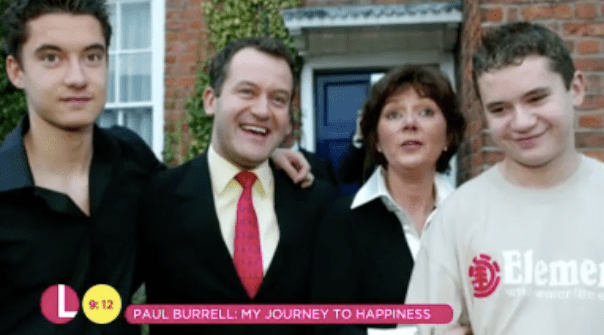 The gently spoken fella added that he is proud that his boys have grown up to be well rounded and open minded young men: “They are respectful and they are no homophobic or bullies or bigots. The message you can be an old guy like me and come out.”

Since he revealed he was gay, he says he has been surprised by the positive reaction he’s had. “I have had an overwhelming reception from people of all ages,” he said bashfully.  “I have 17 year old people coming into my flower shop saying congratulations!” Paul married Graham Cooper at an intimate ceremony in the Lake District on April 2, but the pair have been together for years after meeting by chance on a train. 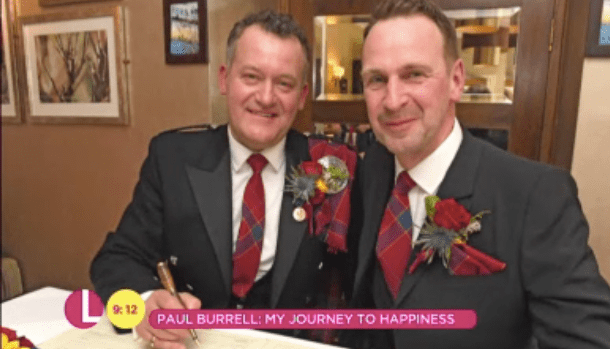 “I was coming  from a meeting on a train going to Crewe. He was on the same train going to Chester. Our eyes met, a sliding doors moment. I looked at him and thought, ‘You are him, I was looking for you.’ Then he got up to leave. I thought if I let the man go I will never see him again. I said as he passed by ‘are you going to leave your number and he had his card in his hand.”

He said Graham is incredibly supportive of his previous life.

“The most incredible thing in my life was seeing my children being born. He understands that! I have been married, he has never been. He never thought he could get married. The time is right to  stand up and say ‘this is who we are’. I can hold his hand in public and he doesn’t have to step two steps behind me.”

To watch the full interview with LORRAINE click HERE