Your Country Needs You for Eurovision! An open letter to Claire Richards 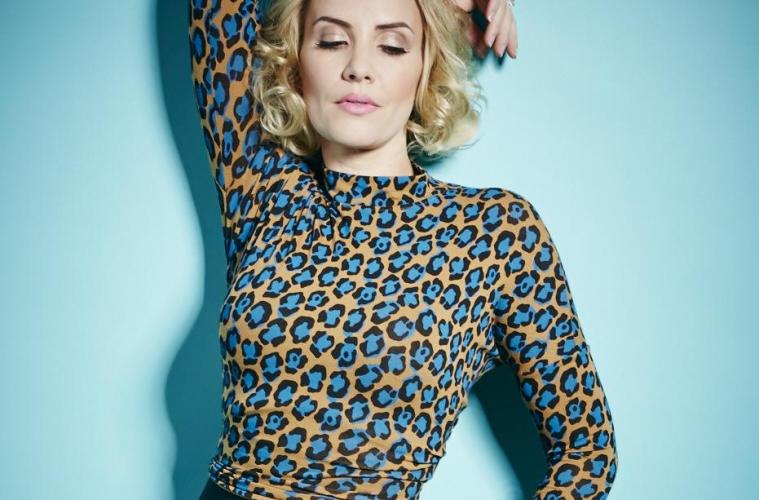 Sick of losing Eurovision, we at GuysLikeU are taking it upon ourselves to sort out this mess for the BBC once and for all by writing an open letter to a superstar singer…

And so here we are. The morning after yet again, nursing a banging head ache from the night before and trying to piece back our broken hearts as yet another pesky European country (that wasn’t the UK) is off somewhere celebrating their Eurovision win.

Poor Joe & Jake, the UK’s best entry in years, were cruelly snubbed by the wax-filled ears of Europe, who voted them – outrageously – a cruel third from bottom. A crime if ever there was one, because, for the first time, we can actually say that this year we were genuinely robbed.

It might not have been a winning song when placed among the other entries, but it so deserved a better final place that it got. But boys, don’t take it to heart. The song was great, you were brilliant, it’s just those irritating Europeans who didn’t get it. Now if ever there was a reason for the UK to leave Europe, this would be it. Not for political reasons, just cos we’re pissed off!

So what are we going to do now? How are we ever going to reclaim that crown that is so rightfully ours?

A lot has been said over the years that the UK don’t take Eurovision seriously. Even though the show is a bone fide TV ratings winner, the BBC frustratingly treat it like it’s the step-kid they’d like to leave on someone else’s doorstep.

We’ve tried all manner of ways of winning the competition after our last triumph in 1997. We’ve been camp (Scooch) and failed, we’ve been poppy with a well known band (Blue) and did a tad better and then we tried giving Europe established and legendary names like Bonnie Tyler and Engleburt Humperdinck, only to realise that watching two OAPs banging out a dreary waver-lighter doesn’t set Europe on fire.

So what is the answer?

Well, we reckon we have it. Year in year out, most of the participants put forward by our Euro neighbours are fantastic, big lunged divas, gorgeous women with spectacular hair, glamorous gowns with voices so magnificent and thunderous that they probably wouldn’t need a microphone to be heard. Now, when was the last time the UK sent an entry like that?

The closest we got was way back in 2009 when pre-Sugababe Jade Ewan got her chops around Andrew Lloyd Webber’s meaty entry It’s My Time and came a mighty fifth. Before that we had the sweeping ballad Come Back by the sensationally vocalled Posters alumni Jessica Garlick, which came a delightful third. See a pattern forming?

Yes, bottom line – we need a glam gal with a set of pipes that will resound around Europe. And you know what? She’s been right under our noses all this time. So instead of waiting to see some other no hoper being lined up to represent the UK in Ukraine next year, we’re taking the matter into our own hands and writing an open letter to…..Miss Claire Richards. So BBC people, listen up!

Dear Claire Richards (and The BBC)

We know the gays have for years constantly chewed your ears off about representing the UK at Eurovision, but face it, your name’s practically written all over it.

You have the look, the voice and the musical sensibility. We bet if we cut you in half, we’d probably find Eurovision written all the way through you.

Your insane powerhouse vocals coupled with a smashing mid-tempo tune (think Sweden’s 2014 entry Undo, last year’s Russian entry A Million Voices or Australia’s Sound Of Silence) would be like stars aligning and we’re convinced the UK would enjoy a sweeping victory with you leading it.

You are gorgeous and you have a voice so amazing and so distinctive that it deserves a worldwide showcase. This could be the start of a while new chapter for you. What have you got to lose? Eurovision is no longer the cheesy kitschfest it used to be.

If you saw this year’s show you’d see just how contemporary some of the songs actually are. The world players who participate take the competition super seriously – unlike the Brits who are still harking on about it being cheesy, when it actually hasn’t been for decades!

So come on Claire – to quote Grease 2, do it for your country, your country wants you to!

So BBC bods – listen to those of us who actually love the show. Instead of half-heartedly hurling disastrous novelty acts like Electric Velvet or embarrassing OAPs at Europe, despatch a talented, established singer who looks amazing and sounds even better into war. We need our best troops to take on the might of Europe. And next year would be a perfect year to snap up Claire as it marks the 20th anniversary of Steps! (though please do NOT reform Steps for the competition – we need a solo diva!)