MIC’s Alex Mytton on his amazing body! ‘No steroids for me! I don’t want to be a human gorilla!’ 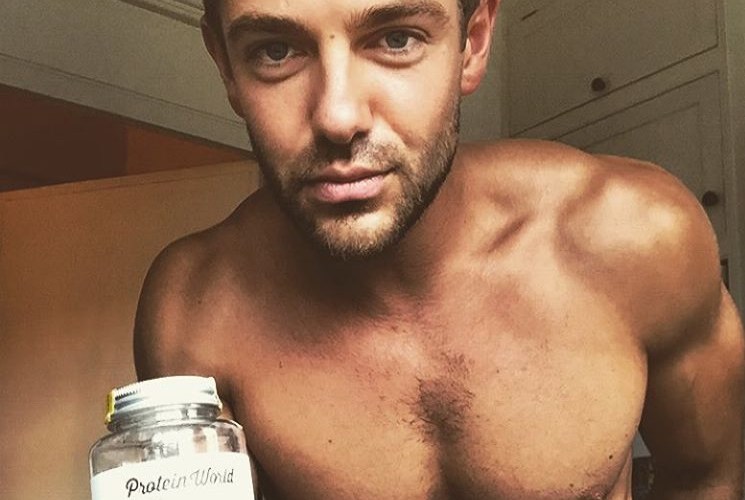 Gorgeous Made In Chelsea star Alex Mytton says that he would rather work super hard on making his body look as fantastic as it does, rather than take short cuts like his steroid-popping co-star Spencer Matthews.

‘I try to train two, maybe three times a week if I can,’ the dashingly handsome DJ and reality star told GuysLikeU. ‘My gym LAX is literally a two minute walk from my place which is super handy and my trainer Robbi Isenberg is super good at fitting me in and getting me in shape when I need to be!’

When asked about whether or not he’d ever considered taking steroids like Spencer Matthews has recently admitted to doing, he replied defiantly: ‘I have never been attracted to that if I’m honest, largely due to the thought of what that sort of stuff can do to your body and insides. Also, I’m not exactly training to become some sort of human-gorilla! I don’t need that, I’m just trying to keep slim!’

In an interview to be published exclusively on GuysLikeU.com on Monday during the next episode of Made In Chelsea, Alex chats about his cheating past plus that notorious pic taken by his girlfriend Nicola Hughes. ‘Yeah, that was a bit embarrassing wasn’t it,’ he tells us. ‘Put it this way, my mum and I still haven’t spoken about it!