Find out WHY Kieran Goodwin is going to make your world a better place! 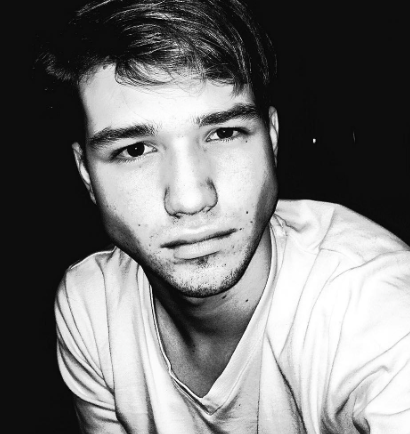 How many times have you come up with a brilliant idea and not done anything with it. Yep, loads of times. But 18 year old Kieran Goodwin is not one of us. Oh no! At just 17, the canny chap set up a charity – impressively titled the World Youth Organisation – to help empower young people. And within a matter of months, the future is already looking bright.

Not only did the WYO gained legal charity status in England and Wales at the start of 2016, but just this week Kieran won the Diana Award for Champion Volunteer. Not bad going, eh? And he deserves all the adulation as Kieran really does seem intent on helping others.

‘I am so passionate about what we’re doing here to help young people and to get recognition for our work is amazing’ he said of the award. ‘Being able to provide these opportunities is a great feeling.’

The idea for the charity came to Kieran after he took part in a charity swim across the English Channel. ‘Straight after the swim, in August 2013, I started making notes on what I had in mind, and entertained the notion of going down the route of extreme sports, and getting young people to realise their sporting ambitions.  After some time, I decided to go back to the drawing board. That’s when, along with two friends, I came up with something better and more universal which would really help to empower young people: the World Youth Organization (WYO).’

The team is getting bigger by the day and is already stretching out across the globe, delivering educational programmes and opportunities to young people in different areas like sports and business.

‘Young people deserve the best opportunities to excel at what they enjoy and what they are good at,’ Kieran says. ‘At the end of the day, they are the leaders of tomorrow.’

Kieran, who is dating Nathan Isaacs, will receive his well deserved award at a ceremony that will take place later this year.

Was a bit windy

For more information on the World Youth Organisation and to get involved visit worldyo.org