‘Jade finally got her Cinderella moment before she died’ by former OK! journalist Christian Guiltenane 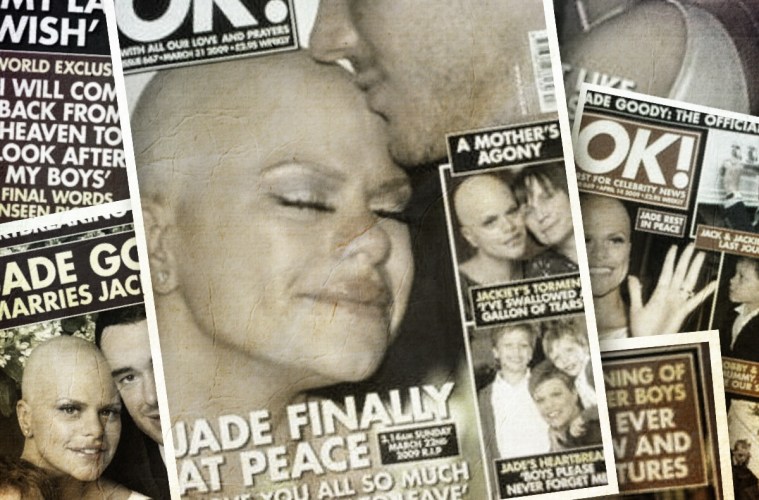 Yes You may think this is an odd topic for GuysLikeU to touch upon, but forgive me for one moment if we step away from the website’s normal remit. You see, before I edited GuysLikeU’s I was Deputy and then Editor of OK! magazine where I worked closely with the tragic star during the last few months of her life, detailing the highs and lows she experienced. To mark the final episode of ten Channel 4 documentary JADE tonight, I just wanted to look back at a time and at a person and remember that inspirational people come in all shapes and forms. Which is what every young gay guy – hey, every person – should always remember.

It might be ten years since Jade’s death, but there is rarely a day that goes by when I don’t think about her and the amazing courage she exhibited during the last few months of her life. Even now, every time I hear mention of the dreaded word cancer, I think about Jade and how I watched this gigantic character shrink before my eyes as I detailed her hideous illness for OK! magazine.

Jade and I weren’t what you’d call exactly friends. But as we had worked together a lot over the years we had built up a great rapport. When I first learned of the news that Jade had cancer, I had mixed emotions. At first – and I’m ashamed to say it – I questioned whether or not it was some bad taste PR stunt (honestly some stars will do anything for column inches). But then, when I  realised that the UK’s best loved star indeed had cancer, my heart was her’s.

I was apprehensive when it was decided that I would document her battle with cancer for OK! because I had never worked on a feature that was so serious. But I needn’t have worried, because as heartbreaking and distressing as it was to watch a woman deteriorating in front of me, there was always lots of laughter, thanks to Jade’s admirable strong spirit.

I remember vividly the first interview we did together, a week or so after she had found out she had cancer. At this stage, I sensed that she truly believed that her cancer was something that she would overcome, that it was all part of a storyline for her reality show. Perhaps that’s how she helped herself get through the pain of the diagnosis, to believe that everything would be alright. And as far as we knew at the time, there was still hope of recovery in spite of her stage four diagnosis.

During the interview Jade laughed about how if she died she’d come back to haunt her sons so that she could keep an eye on any dodgy girls they might end up going out with. She also joked that nothing would stop her from living forever, not even cancer, and that she’d live as long as a cockroach.

A while later when I did the pre-wedding interview, Jade had deteriorated so much that she was bedridden and although she looked weaker than I had previously seen her, she was still full of life and it was obvious the excitement for her big dream wedding day was clearly keeping her upbeat.

There was no doubt about it – Jade loved Jack, she really did, and he loved her very much too, in spite of what the public believed. I remember the wedding ceremony as a marvellous day She was strong and looked radiant and at the reception she was dancing and laughing with all her friends as if she didn’t have a worry in the world. It was joyous to watch and for that one moment, we all forgot that Jade was going to die. She did too. It was clear that all she wanted was to do was to have the time of her life with her friends and family one last time before she said her final goodbye.

A week later, I attended her and her sons’ christening. By this point, Jade was wheelchair bound and her head was covered with dark shadows. It was the most heartbreaking thing I have ever seen in my life, especially when at the end of the ceremony she was wheeled out of the hospital chapel whispering a gentle goodbye to each row as if it was the last time she would ever see them. And for many, it was.

After the ceremony I went home and cried my heart out for hours. It might sound ridiculous to cry for someone I didn’t know all that well but watching a woman I liked and respected, a woman with so much optimism and love unable to fight this terrible disease, was sometimes too much for me – an outsider – to deal with. And yet throughout it all she remained positive for her family and still had that wicked humour that made the public love her, even though her body was shutting down.

When her death was announced 0n Mother’s Day, I again broke down in tears. While I was devastated that we would no longer hear that voice, I knew that she was finally at peace and that made the grief taste a little better. All I could think about was her little boys and Jack, who even though was 21, was pretty much a boy himself.

The funeral that followed – ironically on my birthday – was a beautiful day. Crowds had lined up along the funeral route and inside the church was bursting with friends and family. When the white coffin was carried down the aisle, I wept again (yes, I’m emotional! So what!). And when they showed a montage of Jade’s finest TV moments soundtracked by Abba’s Slipping Through My Fingers, I was a total wreck!

Jade Goody was a one off. There is and never will be any one like her. But you can’t create people like that. They are just born. She was inspiration, a woman who came from nothing, a young naive girl who had a terrible upbringing but finally experienced her Cinderella moment, even though her fairytale ended far more tragically.

Who knows what Jade would be doing now if she had survived cancer? I’m sure she’d still be part of our lives saying stupid things and arguing with Jack. The world lost a star ten years ago. She might not have been an actress or singer or a scientist, but she touched the lives of so many, inspired them, made them laugh and for that, we have her to thank! 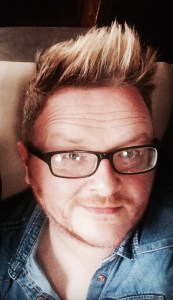