Jussie Smollett SHOULD be ashamed of himself for using a hate crime to increase his salary on Empire! 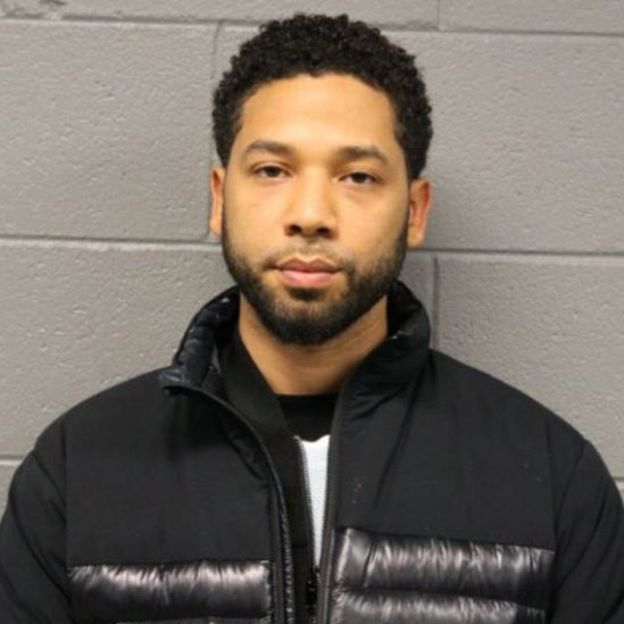 We’re still trying to get our heads around this, but it now emerges that shameless US actor Jussie Smollett actually staged a fake attack on himself because he was “dissatisfied with his salary” on TV show Empire, Chicago police have said in a press conference..

An angry police Superintendent Eddie Johnson raged that the star of Empire “took advantage of the pain and anger of racism to promote his career”.

"The brothers had on gloves during the staged attack where they punched him a little bit, but as far as we can tell the scratches and bruising that you saw on his face was most likely self-inflicted," Chicago PD chief Eddie Johnson said. https://t.co/MfyQuQi1uf pic.twitter.com/29qTT2oOio

Mr Smollett has now been charged with filing a false police report after he claiming he was the victim of a homophobic attack. It is also understood that Jussie also had sent himself a racist letter compete with words cut out of a magazine – to himself at a Fox studio.

Supt Johnson accused the actor of committing a crime “to further his own profile”.

"We learned that the time that Jussie was not hurt other than scratches on his face. Maybe some bruising, but no broken ribs or serious injuries," Chicago PD Detective Commander Edward Wodnicki said of injuries found on Smollett after he reported attack. https://t.co/MfyQuQi1uf pic.twitter.com/zmt6jle90q

He said Mr Smollett had betrayed the city of Chicago, and said “this publicity stunt was a scar that Chicago didn’t earn and certainly didn’t deserve”. Johnson said the “hoax” had received national attention for weeks,” and was worried that it may deter future hate crime victims from coming forward worried that their allegations may be doubted.

He says he thinks Jussie’s interview on Good Morning America was “shameful” and that he should  “apologise to this city that he smeared”.

Jussie Smollett has always been a respected actor. But if what police are saying is true, to use an attack and call it a racially and homophobically motivated is not only shocking but stupid, offensive and shameful. What was he thinking? It’s not like he was a publicity hungry reality star or attention seeking YouTuber. He was a successful actor and activist. So why did he supposed hoax the attack?

Well, for money apparently. What a lame excuse, eh? Of course, we know celebs will got to go to desperate measures for fame or money (some have faked mental health, relationship break-ups and rehab stints) but to go to such lengths as to hire two men to fake an attack is something else. And Jussie shook hang his head in shame.

Hopefully, his selfish actions will not make genuine victims of racist and homophobic attack feel like they won’t be believed, which is the danger. Nor do we hope it inspires an copy cat cases.

Will this episode in Jussie’s life make it hard to move on? Who knows, those who have done similar have moved on. But we hope this scares off anyone who considers doing anything similar.

Skip to 19mins30 to hear what Supt Johnson and to say the outrageous press conference.