‘I’m happier than I’ve ever been’ reveals out and proud Colton Haynes! 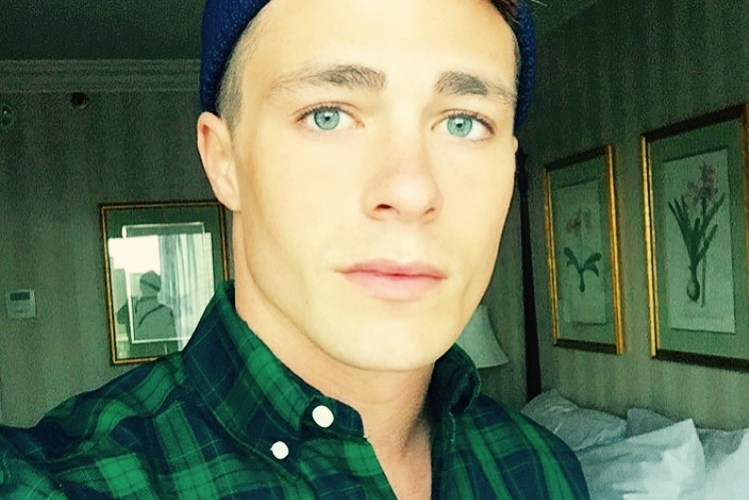 Hey boys, it’s time to celebrate, as another angel has got his wings! Colton Haynes is gay! Official!

In an interview with Entertainment Weekly, the gorgeous star of Arrow has finally come clean. Yes, we know we thought he’d already come out back in January when he wickedly responded to a Tumblr post headlined ‘his secret gay past’ with a throwaway ‘Was it a secret?’. While the coy remark sent the twittersphere into overdrive, Colton admits now that the comment wasn’t actually a confirmation of his sexuality.

‘It was a complete shock,’ he said. ‘I wasn’t ready to be back in the headlines. I should have made a comment or a statement, but I just wasn’t ready. I didn’t feel like I owed anyone anything.’

He added: ‘I think in due time, everyone has to make those decisions when they’re ready, and I wasn’t yet. But I felt like I was letting people down by not coming forward with the rest of what I should have said.’

Colton, who spent three months earlier this year in and out of rehab dealing with crippling anxiety,  admits that keeping his sexuality a secret was an added stress on his life: ‘People want you to be that GQ image that you put out, but people don’t realise what it’s like to act 24 hours a day. I’d go home and I was still acting. People who are so judgmental about those who are gay or different don’t realise that acting 24 hours a day is the most exhausting thing in the world.’

Well done Colton for being so honest, welcome to the club. And as the fella says so eloquently, folks, ‘everyone has to make those decisions when they’re ready’. Amen!