‘Give Sam Smith a break. Forget his mistake and applaud what he was trying to achieve.’ 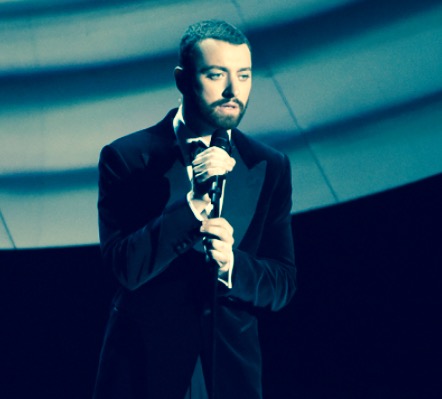 In the hours following Sam Smith’s assumption that he was the first out gay Oscar recipient, thousands of online trolls attacked him, branding him, among other things, egotistical and arrogant. Celebrated writer / director Dustin Lance Black was also so bent out of shape by his comments during his Best Original Song acceptance speech that he not only posted his own acceptance speech from his 2009 Best Original Screenplay win, but took a pop at Sam by telling him to stop texting his fiance Tom Daley! Oooh! Get her! Here, GuysLikeU’s editor-in-chief Christian Guiltenane steps up to defend Sam and remind people what his intention actually was.

Okay, so we all know that the singing sensation was incorrect when he suggested that he was the first openly gay guy to win an Oscar. But does he really deserve all the shade he’s been getting from every Tom, Dustin and Harry? Of course not!

In fairness to Sam, he did actually say at the podium that he might not have the correct facts before he went on to say what he did. But the bottom line is, his mistake should in no way overshadow what he was trying to say.

For those who missed it, the Best Original Song winner said in his heartfelt acceptance speech: ‘I read an article a few months ago by Sir Ian McKellen, and he said that no openly gay man had ever won an Oscar. If this is the case, even if it isn’t the case, I want to dedicate this to the LGBT community all around the world.’

The important part of that sentence is the bit about ‘dedicating this to the LGBT community all around the world’. But sadly the quick-to-attack Twittersphere (and Dustin Lance Black) have chosen to ignore that and laid into Sam instead, suggesting he is self-important and egotistical.

In fact, I would say he is far from it. Sam is a young and inspirational man who has the ear of millions of straight and LGBT people across the globe. And for him to take the stance he did on a podium at an event as large as it is, is admirable.

To many young gay guys out there still coming to terms with their sexuality, he is a beacon of hope, giving them the belief that they too can one day stand with their heads held high. Even more importantly, his visability on a world stage watched in countries where gay rights are no where near as advanced as they are in the UK or the US, Sam is making his mark and chipping away at these antiquated views.

Speaking back stage Sam made it quite clear how important it is for him to show his support to LGBT men and women: ‘I wanted to take this opportunity to show how much I care about my community. In the past in my career, people have said at the beginning that I didn’t. I just wanted to make it clear how truly I do care about the LGBT community.’

So come on folks, give Sam a break, stop being spiteful and let it go. Forget his mistake and applaud what he was trying to achieve instead.