Which Hollywood star just ‘killed off’ another pop superstar! 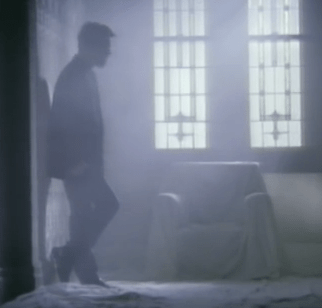 How bored are you yet of hearing Club Tropicana playing out across the airwaves in honour of the sadly departed George Michael.

We bloody are. It’s almost as if everyone thinks the catchy holiday track  was his defining song or something. Surely folks, they could have played some of his other less irritating tunes as a tribute.

Like, for example, the gorgeous One More Try. Just listen to the lyrics and you’ll have tears dribbling into your designer stubble.

And what about the haunting Praying For Time, which is surely one of his greatest songs.

The devastating news of George’s passing came as a nasty festive shock to the world and his few remaining contemporaries – who thankfully have yet to head off to that great big arena in the sky – were fast to pay tribute to their well-respected peer.

So sad about George Michael. Truly one of the greatest songwriters.

George Michael was a kind and gentle soul. #Wham

I've loved George Michael for as long as I can remember. He was an absolute inspiration. Always ahead of his time.

Farewell My Friend! 🙏🏻 Another Great Artist leaves us. 💔Can 2016 Fuck Off NOW? pic.twitter.com/aEGIUNSJbt

Sadly, one celeb made a terrible faux pas in her special tribute to the singing legend. Buffy star Sarah Michelle Gellar apparently misheard which famous George had died and paid tribute to another more colourful star.

Eek! Bet that was news to our other world famous George!

Thankfully, thousands of helpful fans picked her up on her blunder and she was fast to apologise for her mistake.

And for the record yes I completely know the difference between Boy George and George Michael- I heard incorrectly. My intentions were good

This is usually why I don't comment on public matters, but it all seemed so sad on Christmas. Lesson learned.

Oh bless poor Sarah Michelle Gellar. Her heart was in the right place.