OPINION: Why Gay Times had a lucky escape by ditching its new editor 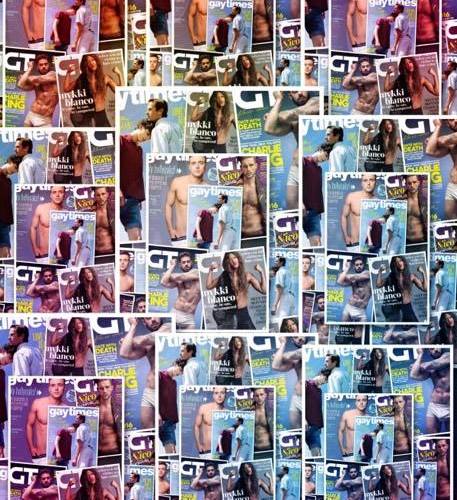 GuysLikeU editor Christian Guiltenane on why GT’s outgoing editor Josh Rivers made matters worse for himself on BBC radio and his fears for the future of gay magazines in the hands of those who are inexperienced.

Gay Times was rocked by controversy this week when Buzzfeed’s celebrated journo Patrick Strudwick  reported that its new editor Josh Rivers had, in the past, posted a series of vile tweets, poking fun at Jewish people, lesbians, fat people, disabled people, homeless people… oh you name ’em, he slated ’em. Well, he’s diverse like that!

Within moments of the story going live, Twittersphere exploded as angry social media users blasted the former Soho House receptionist for making the ill advised comments. Twenty four hours later, GAY TIMES bosses announced that he had been removed from his job.

Now, you’d think that after such a shameful and public downfall, Mr Rivers would have kept a dignified low profile, but no. Instead he agreed to appear on Eddie Mair’s show on Radio 4 in what some have described as a “excruciating” and “insincere” interview.

LISTEN TO THE INTERVIEW HERE

During the rather uncomfortable half hour, Mair took Rivers to task and demanded to know why he had written the things he had. Rivers admitted that he was “appalled” by what he said in the past and tried to excuse himself by saying he had spent his “20s in a daze, in a blur” and that he was “lost”, “angry”, “upset” and “lonely” and that the tweets were “a reflection of someone lashing out at the world around him” and a cry for help.”

However, listeners were not convinced.

One tweeted: “Josh Rivers’ Radio 4 interview is excruciating. How dare he associate every gay person who has had issues with his anti-semitism, transphobia & misogyny. Cannot comprehend how he got the job” Another raged: “Oh man, the Radio 4 interview with Josh Rivers is excruciating.”

Even pop star Will Young lashed out at him. “Josh Rivers is not doing a good job at being transparent or actually even mature on radio 4,” he wrote. “Completely untrusting and thank God he was sacked.”

Will went on to say: “He keeps on saying we over I. Not full ownership and he in my opinion shouldn’t be giving an interview.”

In what many described as a rambling and pretentious outpouring of self pity, the outgoing editor also tried to convince people that his actions were the result of suffering from depression and heavy drinking, for which he said he sought counselling at the time.

But is this a good enough excuse? Of course not.

Many of us have dealt with mental health issues at some point in our lives and have no doubt lashed out at our loved ones when pushed. But I’m sure very few of us have taken the time to log on to social media and  dream up what we think are witty comments.

None of the tweets sound as though they have been written by someone going through a bad time. On the contrary, they smack of arrogance, narcissism and desperate attention-seeking.

If only Josh had put his hands up and admitted straight off he was just trying to be sassy and funny, then we might have found it easier to perhaps not forgive but try to forget.

Instead, he played the self-pitying martyr card which has left an even nastier taste in the mouthes of people who were angry about the initial tweets.

We will never know now whether or not Josh Rivers would have been a good magazine editor. But based on his buzz-word filled waffle on Radio 4, it looks like Gay Times has had a lucky escape, as it looked destined to become a pretentious arthouse ‘journal’ that would ultimately appeal to very few – except, perhaps, his own ego.

Speaking as a journalist of 15 years and an editor of high profile magazines such as OK!, my heart sinks when I hear of inexperienced people who are trusted with roles beyond their skill set.

Being the editor of magazine ISN’T just talking-the-talk, or having a ‘conversation’, as marketing man Rivers recently suggested. Nor it is a vehicle for someone to showcase their views and expect adulation in return. It is in fact a lot of hard practical work.

A good magazine editor is a caretaker who will understand who their core readership is and will constantly dream up ways of engaging new audiences without scaring off the existing ones. With a cover price of around £5 they must also be aware that they have to give readers what they want as they are forking out their hard earned cash.

A lot of people have criticised gay media over the years for featuring sexy guys on their covers – but the bottom line is those covers were the ones that sold well, way more than the ‘worthy’ less sexy ones.

Gay mags sell just a handful of copies and they desperately need to make money to survive. They’re not subsidised by charities or hand outs. Those sexy covers are gay mags’ USP. If you want to read gay GQ go read GQ!

What many forget is that editing a magazine is not a vanity project, it is an actual business that needs to make money for the company that owns it and to ensure that the hard working staff who work with you remain in a job.

But sadly there are some who think a magazine is their mouthpiece and forget what its really all about and that’s when it all goes wrong. I remember once hearing an editor tell their staff that they’d rather the magazine close than put a potentially big selling image on the cover because they thought it wasn’t cool enough – that was the day I realised that sometimes people have a very selfish agenda.

At the end of the day a magazine should entertain and educate the reader as well as offer them a fantasy to escape the hum drum of the real world. The fact is few people will snatch a mag off a shelf if it boasts a worthy story on the cover. But slap on a celeb fave or a sexy guy and the reader will pick it up, flick through and may just stop at an engrossing article about something they might not have read about before.

And isn’t that the point?