EXCLUSIVE: Meet the ‘New Year’ HERO who took on the HOMOPHOBIC IDIOT!! 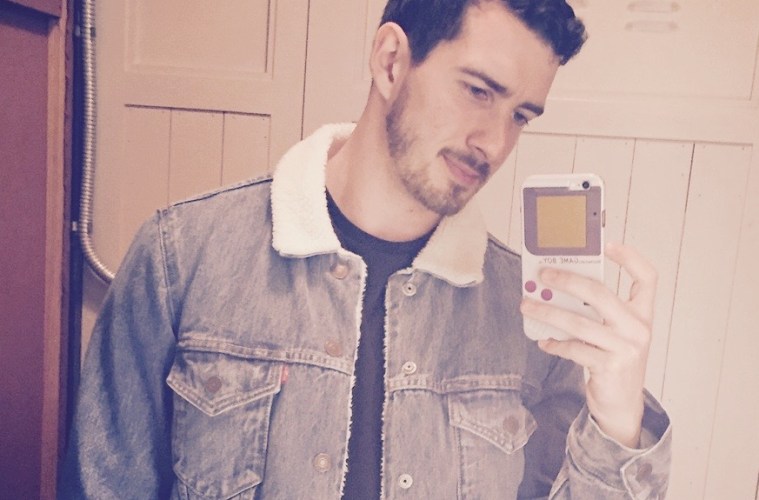 It’s the new year video that everybody has been talking about! The one in which a 25-year old Londoner gallantly took on a drunken homophobe who was verbally abusing a young drag queen on her way home from her NYE festivities. (If you haven’t seen the clip, watch it here!)

GuysLikeU caught up with the dashing hero – Ryan Mahon – to find out exactly what happened on that night and if he was scared shitless about confronting the idiot spouting so much crap about gays! 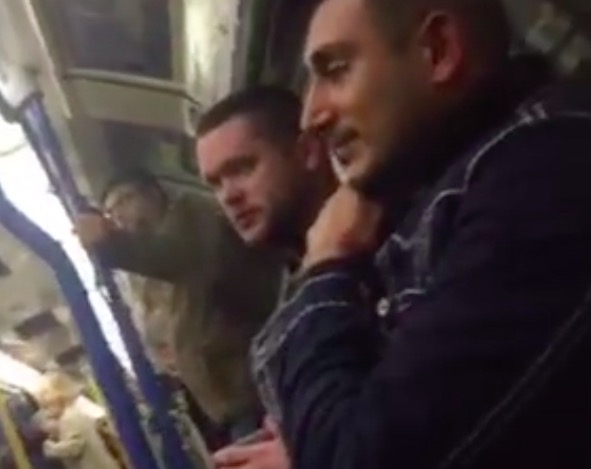 Ryan, we are so impressed about what you did as so few of us like to intervene. What was it that made you speak up?

What this guy was saying was simply wrong and abusive. Luckily, the drag queen he was directing the abuse at did not need to hear the disgusting language he was using. But it was something that I did not need to hear, nor did anyone present in the tube carriage. It was wholly unnecessary. There is freedom of speech; but not freedom to abuse.

Squaring up to anyone is scary enough. But this guy was clearly drunk and very aggressive. Were you not scared?

Not really. I think we both knew the cameras were there and he would have had to have been extremely stupid to resort to physical violence on a tube carriage full of witnesses and CCTV. Dutch courage probably had something to do with it as well! It’s 2016; we can marry, adopt, we legally have equal rights; we should not allow fear to dictate who we are.

Amen! During the altercation, did any of the other passengers try to help or support you?

I don’t blame the others in the carriage for not speaking up. It was the end of NYE and people where drunk and wanted food and their bed (just like I did!) The man was also visibly aggressive so I fully understand why others may have hesitated to get involved. I have no doubt, however, that if it appeared as though the situation was going to turn physical then others would have stepped in.

Let’s hope. Does their reticence make you feel differently about the public?

The incident hasn’t changed my view about the public at all. I still truly believe the vast majority of people are good and just. The support since the video went viral has been nothing but overwhelmingly positive. I fully knew whilst the abuse was happening that this man’s views were in the minority and all the incredibly encouraging comments I’ve seen in the past couple of days only cement that view. People are awesome!

Have previous gay bashings encouraged me to defend people?

Not really gay bashings in particular. I just believe nobody deserves to be spoken to in such a discriminatory manner whether it is directed at gender, race, sexuality. Just let people live their lives, especially when what they do has no effect on you whatsoever.

Have you ever experienced any homophobic attacks in the street?

In the five years since coming out, this is actually the first homophobic abuse (verbal or physical) I have ever witnessed. I’ve only heard of it happening to friends of friends. It happens, of course; I’ve just been fortunate enough to avoid it until now.

Can you understand the mentality of people like this?

Personally… I can’t. Whether the man has had bad experiences with gay men in the past or believes his religion tells him that being gay is wrong I don’t know. Either way it is irrelevant. You simply cannot in a multi-cultural city like London publicly spout these views in such an loud, aggressive way and expect not to be challenged. If you cannot handle being challenged or cope with proper debate then aim to educate yourself until you can.

When it came to coming out, did you ever fear homophobia or violent attacks or did you have an easy coming out?

Not really. My delay in coming out was because it wasn’t until I was 16 and Justin Timberlake dropped Sexyback that I started fancying guys. Even then, it was never fear of violence that prevented me coming out – it was paranoia thinking that my friends/family might shun me somehow which, in hindsight, is ridiculous cos they’re all incredibly loving, accepting people.

We hope the drag queen thanked you.

I spoke to her after for around 10 minutes and she was nothing but incredibly dignified stating she was used to such abuse on a regular basis. She shouldn’t have to be numb to this abuse, however, because it should not be happening in the first place. I hope to see her again under happier circumstances.