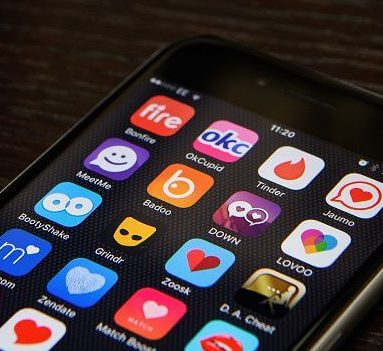 When it comes to setting yourself up a online hook up, how safe do you feel?

After all, in most cases you are inviting a TOTAL STRANGER in to your home. Fair enough, you’ve seen a guy’s picture online and you’ve had a brief chinwag, but that doesn’t mean that you know who you are actually talking to. For all you know they could be a psycho loon with murder on their minds.

This summer, several stories hit headlines that provided a stark reminder that it is pretty risky to meet people online.

In Manchester, a 21 year old was recently arrested on suspicion of robbery and two assaults after three attempted carjackings in Manchester. Each of the victims were targeted after arranging to meet someone on Grindr, police revealed. In London, one man died after he was drugged by a Grindr-hook up who proceeded to rob the house he was looking after. The death was subsequently linked to the rape and robbery of  another man in Walthamstow five days earlier.

So how cautious are you when it comes to welcoming guys into your house.

One Grindr-user, who spoke to GuysLikeU anonymously, admits that he has never thought twice about letting hook ups pop over to his home. “Call me foolish, but I have never worried about who I’ve invited round,” he says. “I like to think I am good judge of character and after a good chat on the phone I think I can gauge what someone is going to be like. And to be honest, I have been lucky. Every guy I have met has been great. I may not have seen them again, but most of them have been pretty alright guys.”

So how can you stay safe using dating apps. Here are some ways to ensure you survive the night in one piece.

1) Find out their real name.

When you’re chatting to some spunk, ask for their Facebook or Instagram profiles – this way, you should be able to tell if they are legit or not by checking what they post. If there are three posts on Insta, then maybe they aren’t being honest…. And if all they post is pictures of cats, then alarm bells should be ringing. Loudly.

Ask for their number and do what people used to do – have a chat on the phone. That way you can work out more about them from the conversation you have. If you hear slamming gates and and men calling out ‘lights out’, then  it’s a fair bet your fella is in the slammer. Also, most people have a picture and a real name on WhatsApp.

3) Tell a pal
If you’re going to hook up with someone, it might be a good idea to let a friend know. If the worst comes to the worst and you go missing or end up murdered (well, it could happen) at least someone will know what you were up to. If you’re really worried, let a pal track you on Find a Friend.
4) Meet in public
Instead of inviting a total stranger into your home, why not just meet your hook top in a bar or a cafe. At least this way you can see if they actually look like their picture and you can tell if there is that all important connection. It also gives you the chance to bail if he or she turns out to be someone you just don’t fancy!
5) Say what you expect from the hook up
If you do invite someone over to your place, make sure you make it clear about what you’re expecting from the situation. If you don’t want to have penetrative sex, then make that clear from the outset so there is no confusion when you both get down to it.
6) Hide your valuables
Not everyone is a nefarious so and so. But just in case you hook up has sticky fingers, why not put away things you wouldn’t want to go missing.
7) Be careful about drugs
When you have a stranger in your house it’s highly unwise to be out of it as you are not in control of the situation. Not that drugs should be encouraged, but if that is your bag, do them with friends – not strangers.
8) Report any dodgy guys
If you have been catfished or if someone does something that they shouldn’t, report them to the site immediately to protect others. If your date does something threatening or commits an act of violence, then call the police. These people need to be stopped.
For more safety tips GRINDR offer their own advice.
Have you had any bad experiences with dating apps. Email hello@Guyslikeu.com to share your story.