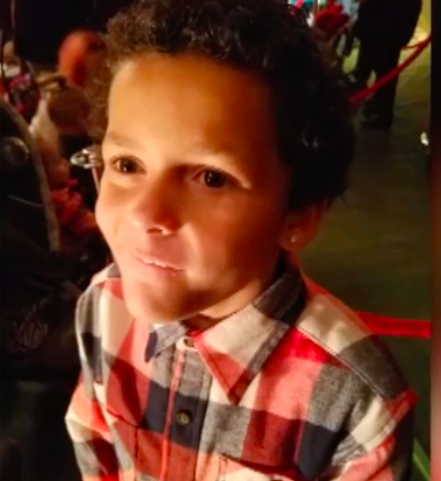 GuysLikeU’s editor Christian Guiltenane thinks straight kids should be educated about their gay classmates but says those who taunt and bully should not be allowed to forget what they have done.

This week it was reported that a nine-year-old boy in the US killed himself after her was bullied at school for being gay. Jamel Myles had only just begun fourth grade at Joe Shoemaker Elementary School in Colorado and found himself the victim of harassment after it emerged he had recently come out to his mother, Leia Pierce.

“My son was nervous to tell me he was gay,” the distraught mother told ABC news. “He told me at 9. I was driving, I looked back at him and said, ‘I still love you son’. He is my sunshine … he is my baby.” The school has since said that it is looking into the bullying allegations.

“We are deeply committed to our students’ well-being,” said Will Jones, director of media relations for Denver Public Schools. “That commitment is at the core for all educators in DPS, which is a safe and welcoming environment. Our priority right now is to look at all the concerns raised in this case, to keep all our students safe and to do a fair and thorough review of the facts surrounding this tragic loss.”
This story is by far one of the most heartbreaking we’ve read in years. Not only was a young boy brave enough to open up to his mother about who he is, he then had to face the wrath of his cruel school mates who taunted him in to making a terrible decision.
I hope that when the guilty are found, they are rounded up and publicly humiliated. It ain’t big or it ain’t clever I know, but these thugs who take pleasure in belittling and ultimately killing those who are vulnerable should be severely punished and made an example of. This kind of behaviour should not be allowed to happen!
We need more education in schools, not just for young gay kids, but for the straight ones who just don’t understand how other people live. Of course some of them filled with prejudice will think certain ways because of what they have been brought up to believe, but if these kids are taught that there are all sorts of people in this world who are no different to them, it will help them understand them more.
However, no matter how prejudiced someone is, taking the step to bully and destroy the confidence of another person is despicable and these vile individuals should be taught that it is unacceptable to taunt and victimise other kids. I think this poor boy’s mother should take criminal action against these animals’ families and have them punished by the courts for driving this lad to suicide. They should be forced to live with their guilt for ever.