Beyonce praises the global #BlackLivesMatters protests: “Real change has started with you!” 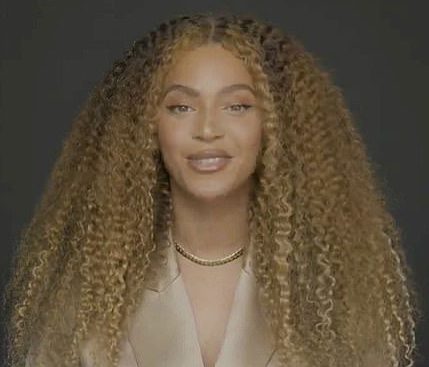 Over the past couple of weeks, young people have come together across the world to fight against racial injustice and discrimination, sparked by the vicious murder of George Floyd in Minneapolis.

Over the weekend, the streets of Washington, New York, London, Manchester and Bristol were filled with young people supporting the #BlackLivesMatter movement, protesting about the senseless racist murders of many black people at the hands of the authorities.

Now superstar Beyoncé has asked her fans to make their voices heard to bring about more change and has praised those who have already embarked on the fight. “We’re broken and we’re disgusted,” she said in a video posted on Instagram that was part of Barack and Michelle Obama’s YouTube ‘Dear Class of 2020’ virtual graduation ceremony. “We cannot normalise this pain. I’m not only speaking to people of color. If you’re white, black, brown and anything in between, I’m sure you feel hopeless by the racism going on in America right now.”

She continued: “Thank you for using your collective voice and letting the world know that black lives matter. The killings of George Floyd, Ahmaud Arbery, Breonna Taylor and so many others have left us all broken. It has left the entire country searching for answers. We’ve seen that our collective hearts, when put to positive action, could start the wheels of change. Real change has started with you, this new generation of high school and college graduates who we celebrate today.

“You are achieving things your parents and grandparents never could imagine for themselves. You are the answer to a generation of prayers,” she applauded.

The pop superstar added: “There have been too many times that we’ve seen these violent killings and no consequences. Yes, someone’s been charged, but justice is far from being achieved. No more senseless killings of human beings. No more seeing people of color as less than human. We can no longer look away. George is all of our family and humanity. He is our family because he is a fellow American.”

The global protests follow the death of George Floyd, who was killed by four policemen during his arrest in Minneapolis. The world was aghast when video footage showed four officers restraining Floyd on the ground with one officer, Derek Chauvin, pressing his knee on to Floyd’s neck for eight minutes and forty-six seconds in total. Chauvin has since been charged with third-degree murder and second-degree manslaughter and was fired by the department along with three other officers.
Elsewhere in her address, Beyonce also discussed sexism in the music industry. “The entertainment business is still very sexist,” she said. “It’s still very male-dominated and as a woman, I did not see enough female role models given the opportunity to what I knew I had to do. To run my label and management company, to direct my films and produce my tours, that meant ownership—owning my masters, owning my art, owning my future and writing my own story. Not enough black women had a seat at the table. So I had to go and chop down that wood and build my own table. Then I had to invite the best there was to have a seat. That meant hiring women, men outsiders, underdogs, people that were overlook and waiting to be seen.”
Beyoncé ended her video by asking fans to visit a page on her website which includes links to several petitions. One of those is Change.org which has already received more than nine million signatures.