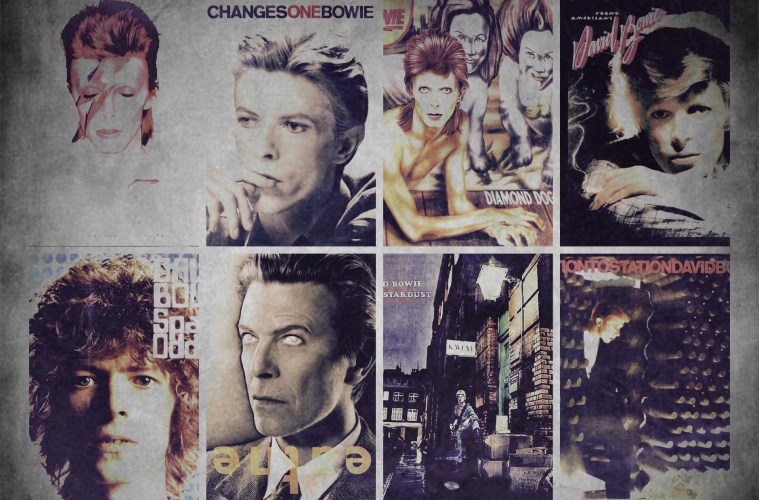 Pop star. Innovator. Actor. Style icon. David Bowie was all of these and more and his influence can still be seen today in the likes of younger stars like Lady Gaga and more.

In the late 60s and 70s, he pushed boundaries with his music and his theatrics,  toying with sexuality and androgyny long before it was mainstream. He truly was a man and artist way ahead of his years.

His artistic breakthrough came in 1972 with the release of  The Rise and Fall of Ziggy Stardust and the Spiders From Mars for which Bowie created the flamboyant, androgynous alter ego Ziggy Stardust.

In an interview with Melody Maker at the time, as his alter ego Ziggy Stardust he revealed that he was gay, admitting, ‘I’m gay and always have been, even when I was David Jones.’

Four years later, in 1976, he said he was bisexual and, according to his first wife, Angie, who can be currently seen in Celebrity Big Brother, David had a fling with Rolling Stones frontman Mick Jagger in the 1970s. However, in the early 80s, Bowie denied that he was gay or bisexual, insisting he was ‘always a closet heterosexual’. But when asked by Jonathan Ross about his sexual liaisons with men and women, he said with a knowing smile ‘I was very promiscuous, let’s leave it at that!’

Part of rock’s elite, Bowie, who had mismatched eyes after a school playground ruck, was an artist who was loved, respected and known by many generations thanks to a back catalogue of songs that defied genre boundaries. Though best known for his innovative rock music, he even duetted with old Hollywood legend Bing Crosby on his 1977  Christmas medley.

Away from music, he was critically acclaimed on screen, appearing in Marlene Dietrich’s last film, Just a Gigolo (1978), played a World War II prisoner of war in Merry Christmas Mr. Lawrence (1983), and Pontius Pilate in Martin Scorsese’s The Last Temptation of Christ (1988). To the younger generation, he is probably best known for the role of as Jareth the Goblin King in the 1986 cult favorite Labyrinth, directed by Jim Henson.

Fittingly, Bowie released what is now his last studio album, Blackstar, was released just last week, on the day of his 69th birthday.

He is survived by his wife, the model Iman, whom he married in 1992; his son, director Duncan Jones; and daughter Alexandria.

So lucky to have met you!!!! Hot Tramp I love you So! ❤️#rebelheart

A creative genius and influence over us all.. Rest In Peace STARMAN ⭐️

Thoughts and heart with David's family and loved ones 💔

Thoughts and heart with David's family and loved ones 💔

Having produced such an array of classic songs, many of them have been covered. Our favourite cover is Life On Mars from Ryan Murphy’s American Horror Story: FreakShow.