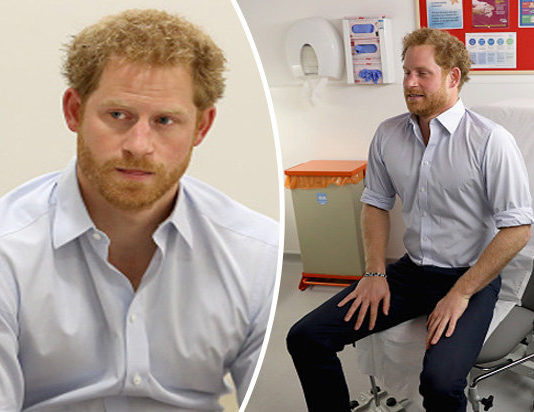 Prince Harry has had an HIV test live online.

The lady-loving hot bachelor did the test at Guys and St. Thomas’ Hospital ‘for the sake of everyone back home’ and said that he hoped his it would ‘normalise’ getting tested and encourage more sexually active guys and girls to find out their status.

Admitting he felt nervous, the handsome ginge undertook the pin prick test on the Royal Famiy’s Facebook page and discovered that he was negative, Phew!

He said that he had had the test publicly to help destigmatise HIV testing and hoped men, women and ginger would follow suit.