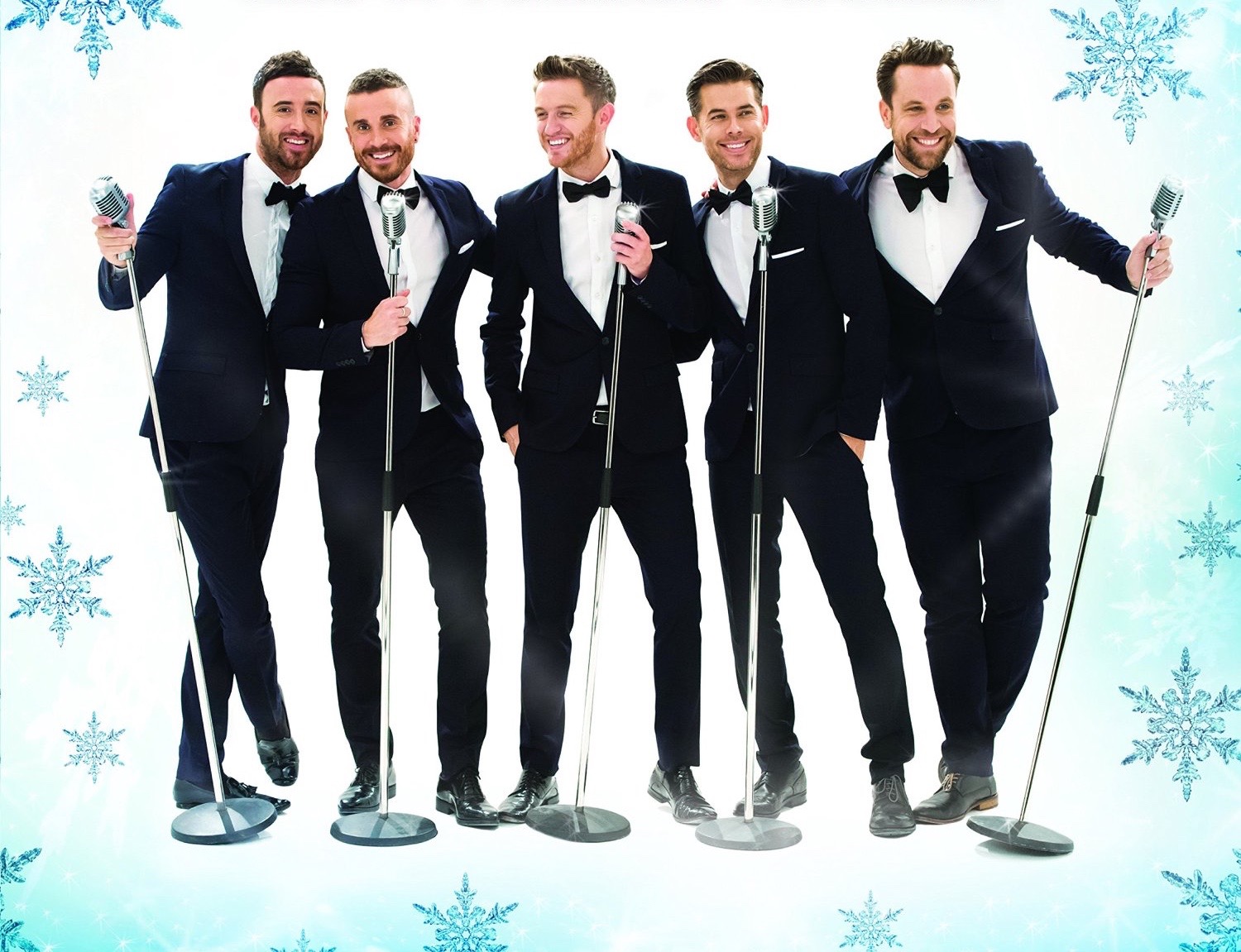 It’s Chriiiiiiistmas! Yes, that festive time of the year when every Tom, Dick and Harry decides to release a Christmas record. You name ’em, they’re releasing. Even Kylie!

But if you fancy having a good old fashioned Christmas, then why not try out The Overtones’ latest retrofest, er, Good Ol’ Fashioned Christmas! Give it a spin and you’ll be welling up over the turkey in no time.

We caught up with one fifth of the gorgeous band, Lachie Chapman (above, far right), to chat about all things Christmas and what he really thinks about Simon Cowell’s copycat band Jack Pack.

So it’s almost Christmas? What’s the earliest one you can remember?

Oooh, let’s see. Oh I remember, it was on the beach at a place called Seal Rocks on the NSW central coast. It was sunny, blue skies, 30 degrees, swimming in the sea. Christmas in Australia can sometimes seem like a bit of a non-event in the most wonderful of ways.

When did you stop believing in Santa Claus?

Santa Claus and the Easter Bunny disappeared in one fell swoop for me. I was about 7 and was starting to latch on that it might all be a mirage, then I found a letter from the Easter Bunny and my dad had the same colour marker pen in his hand.  I binned them both off there and then. Strangely liberating for a 7 year old, but I kind of wish I’d never seen the marker pen in my dad’s hand…

We don’t do the satsuma thing in Australia, so the first time someone gave me a satsuma over here, I was completely gobsmacked. What a cheapskate!!

So your Christmas album…. There’s a lot out this year – Kylie, Blake, G4, Tony Hadley….

The best Christmas songs belong to the 50s and 60s, which is from where we have always drawn our inspiration. A Christmas album celebrating this era fits us like a glove. That said, we’re loving Kylie’s album, by the way.

Driving Home For Christmas, which we have actually recorded for the album. It’s always a pleasure to try and put a different spin on a classic and I hope we have done that on this track.

And your least favourite?

Oh please! I love Christmas songs!! They’re all worth a listen. The camper the better, come on, it’s Christmas for Gods sake!! 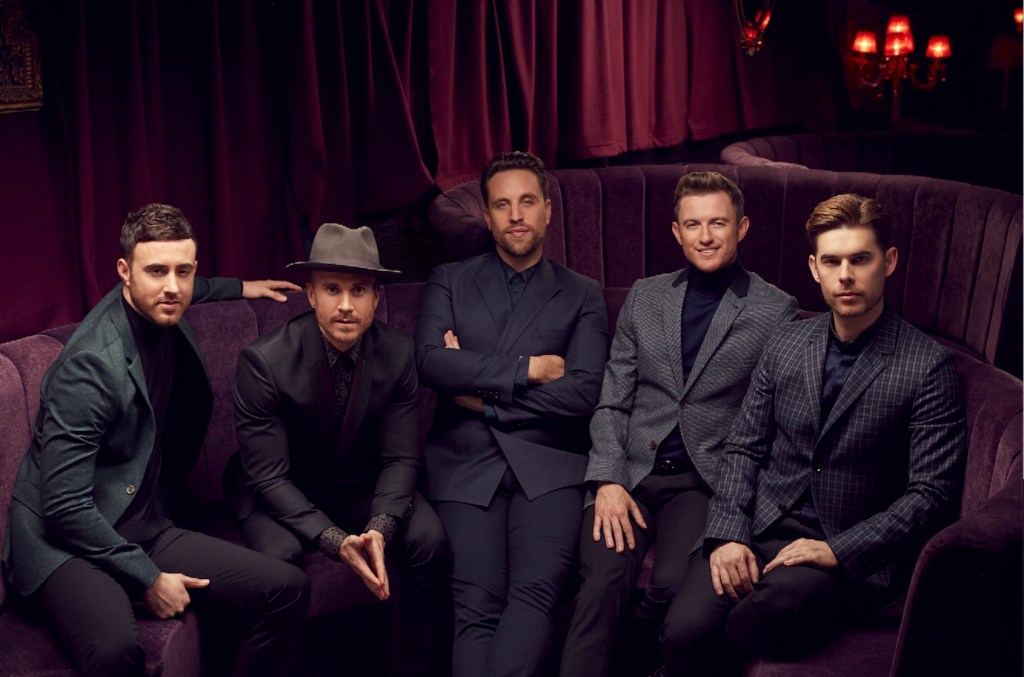 Jack Pack are Simon Cowell’s copy of the Overtones… Are you worried that they could overshadow you?

I actually feel quite complimented that someone at Syco has thought ‘Hmmmm. This seems to be working and there’s no other group doing that at the moment. Let’s join the fray’. Worrying about being overshadowed is negative and pointless. I like the lane we’re in and I’m enjoying the ride.

What makes you a better band?

Why does it have to be made into a duel or a competition? That’s not our way, truly. We’ve been incredibly fortunate to have a career in an industry as precarious and unpredictable as music and I won’t wish ill onto anyone who has the balls to give it a go. One of our strengths is our incredible fanbase (hello Toners!) – they have supported energised and loved us over 5 albums and about one million records. If our fans are happy, I’m happy.

Do you think you groups like the Overtones help people think back to happier times, whisking us away from a world where terrorists blow people up?  Do recent events make you worry about your loved ones going about their everyday business.

Thank you for the compliment that our music makes people happy. It is a compliment we hear often and it means the world to us.  My grandparents lived through the Second World War. I think they had cause to worry about their ‘everyday business’ in the 1940s much more than you or I do in 2015.

What have been the highlights of 2015.

We had a massive sell-out tour in the summer and it was a great hoot, the fact that we can turn around and do it all again with a Christmas tour twice in one year is a great compliment and a credit to all our fans who want to come out and dance in the aisles.

With any luck we’ll be back in the studio and back on the road and playing some fab summer festivals as well.