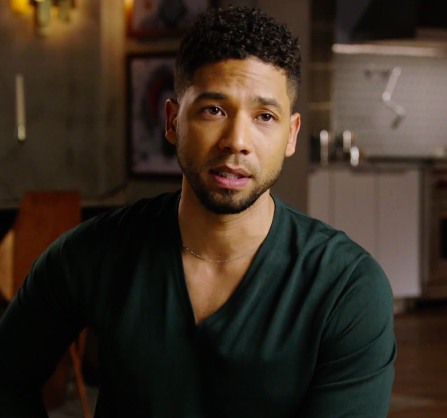 Empire hunk Jussie Smollett was rushed to hospital after a vicious attack that is believed to be a hate attack.

The openly gay actor was out in LA when he was approached by two aggressive men who were yelling racial and homophobic slurs at him. It is believed that they went on to pour some kind of chemical over him and tied his head in a noose.

Fortunately Smollett was able to escape further attack by fighting off the attackers and took himself to Northwestern Hospital where he was described to be “in good condition”.
Police are currently trying to track down the thugs: “Given the severity of the allegations, we are taking this investigation very seriously and treating it as a possible hate crime,” a police statement reads.
Celebrity news website TMZ have suggested that the two men shouted “This is Maga country”, a reference to Donald Trump’s 2016 election campaign slogan, “Make America Great Again”.

Following news of the attack, John Legend Tweeted: “Sending love to Jussie and the Smollett family after this horrific attack. We support you and pray that you find peace and justice.”

The Greatest Showman star Zendaya said: “This is heartbreaking and terrifying … please pay attention to what’s happening here. Sending all my love.”