‘Witches do exist! How do I know? Because I am one!’ 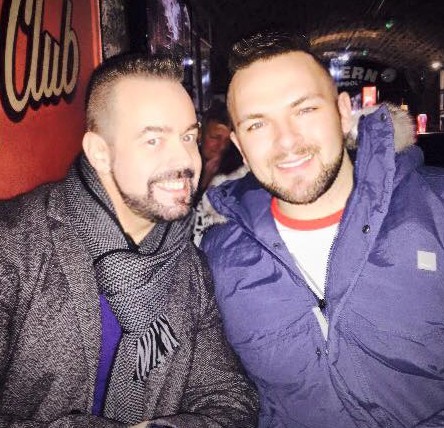 Witches, eh? A load of old baloney, right? Unless, of course, we’re watching the almighty Hocus Pocus, then we’ll believe everything. But believe it or not, there are actually witches roaming around this world, but they’re not what you’d expect! Oh no, you’ve probably walked past one without even realising it.

You see, witches aren’t craggy old biddies with nasty boils on their faces, sitting astride a broomstick. That’s so last century, if indeed ever existed! These days they can be anyone and some are, in fact, men. And gay! To find out more, we caught up with horror film director Jason Davitt (top left) who also just happens to be a witch to tell his fascinating story…

Er… so, you’re a witch! What exactly does that mean?

You would need a whole book to answer that fully: but simply a witch is someone that puts into practice the natural ability, that we all have, to shape and change at will our lives, those of others and the surrounding universe, working from behind the physical plane, using the natural forces that are responsible for creation itself. By becoming aware of the natural forces that lie behind what we experience in the physical world, we can use our influence over them, to shape and change reality as we know it!

How did you know you were a witch?

There are two types of witches; those who were born witches and those who consciously decide to take on training. I am fortunate to have been born a witch with a natural awareness of the forces that surround us and within us,  but I also have been trained since I was a child.

What do you actually do as a witch? Do you cast spells?

There are many factors to being a witch, the most basic is a natural or developed awareness of the forces that are behind the physical plane and responsible for its manifestation. But also I would say the role of a witch is to consciously put into practice the manipulation of these forces for the betterment or not of yourself and those around you. Please do not associate Wicca (Pagan witchcraft) with true witchcraft. Wicca was founded in the 1950s and 60s and is a miss match of eastern philosophy and Celtic/Saxon mythology! Sorry ‘Wiccan followers’  but I am having to speak the truth here!

Do you do good? Or can you do bad?

Magic, like nature, is neutral and also dual  in principle, so it is how it is put into practice by the individual that determines whether it is destructive or creative. I hate to use the word good and evil. If a shark bites you, you would not say it was being evil, you would say it was being a shark.

So do you cast spells then?

Yes I do, but spells are different than what most people realise. You see, in magic you are working with forces. And forces unlike form, have to have a channel to keep them flowing in the direction you desire. A spell is a way to focus your mind and emotions into a certain direction and the energy of life which is behind magic flows then in that direction, the spell helping to guide and steer it. Most spells are made up as forms of chants or emotionally stored words that help to stimulate the mind and emotions and link everything together in the moment of now,  so the forces that we connect with flow through that channel and achieve what we desire.

There are many! That witches worship the devil (the devil is a Christian concept). That witches fly around on broomsticks – this actually originated from people seeing pagans performing ritual dances for fertility, with a broomstick between their legs symbolising a penis. People believe all witches have black cats, which incidentally, originates from Egyptian mythology and the cat goddess being associated with magic.

You are engaged to marry your partner John. What does he think about dating a witch?

LOL you had better ask him LOL

John: At first I thought it was weird LOL but being a gypsy I have always been surrounded by ideas of the supernatural, so I suppose it wasn’t a massive change in life LOL  it does come in handy sometimes.