‘When Brian Dowling came out – I understood who I was!’ 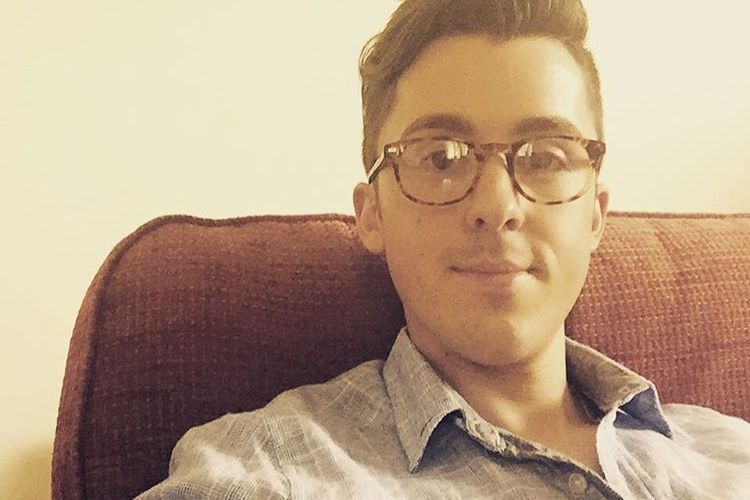 Since George Shelley came out as being attracted to both men and women, people have fallen into several camps. One, congratulating him on being out and proud. Another pouring scorn on the bi aspect suggesting he is hiding behind a bisexual smokescreen and the other suggesting celebs come out publicly to get attention. Whatever, camp you agree with, it cannot be denied that when a celeb comes out, closeted young guys no longer feel alone. And they have another person to look as a role model. Here, 29 year senior education consultant Chris McGowan tells us how one celebrity’s sexuality helped him deal with his own.

I’ve read a lifetime supply of coming out stories, coming out blogs, coming out books. All of them so significant in their own way and certainly much more impressive than mine. But today, a young pop/reality star came out via a 1:30 clip on YouTube. Not as gay or bi, but as a non-identifying straight person.

The twitter universe jumped on it. Largely positive praise, but of course there has to be the odd couple of tweets of people who just don’t understand the need to ‘come out’ or the affirming impact it can potentially have on other people who may be struggling to understand their own thoughts or feelings when it comes to sexuality. Whenever anything like this happens I am always reminded of my own discovery, which (without plagiarising the Adele song) feels like a million years ago.

I was 13 years old, nearing 14 and I had not got a clue what my feelings or orientation was. I had got stuck between a rock and a hard place because I was catholic, actually liked going to church and even had a vocation to be a priest… but that’s another story. Guilt and control do funny things to the mind, and this mixed with all the hormones and my braces just made me very confused indeed. Then along came Big Brother.

Big Brother 2001 was the year of Helen who liked blinking, Paul who lived his life like a pop star, and Dermot O’Leary hosting the spin off show before Hollyoaks. When Brian Dowling first appeared on screen, I wanted his jeans – it was the boot flare era and I wanted a pair so badly. Within the first week, Brian told his house mates he had come out to his parents just before he went in to the house. When he told the house mates he way ‘gay’ I sat upright in bed. So that’s what I was. There was a word and a person I really identified with.

Suddenly all the crap in my mind made perfect sense. Luckily at school I wasn’t really bullied, because I spent all my time practicing the piano and for my age, I was mellifluous enough to quickly shut down anyone who tried to belittle or bully me.

Brian Dowling without realising it, helped me see I had a tribe out there, however secret and difficult it may be to find in the rural place I lived in, but it was out there. A year later and Graham Norton burst on to late night Channel 4, and again I found an out gay man who embraced sexuality with innuendo and flamboyance.

Then for a long time I shut off all those urges to say who I was. It took another 15 years before I came out to everybody else, but I did it in my time and largely prompted by the incredibly supportive and inspiring gay people around me, most of whom aren’t famous.

When the moment came, I just knew I had to do it, to say the words I am gay. I did it in a car just before I dropped my Mother off at a dinner party, and the second I did it all the crap I had got so worked up about just disappeared. She has loved or treated me no differently since the moment I told her. I’ve been out 1 year 3 days and I am happier and more confident than I could have dreamed.

For me, coming out will always be one of the most worthwhile things I have ever done, because I no longer have to live my life being many different things, to many different people. The sad sorry state I had got myself in to, was that I made everyone else around me happy and yet I was utterly miserable. Even though it was many years ago I am always hugely fond of others who came out before me, because each time it helped me identify with one more person, and made me feel just that little less alone and afraid.

So if you think that coming out via a video or a blog isn’t a great idea, just think of that girl or boy who will watch that video or read that blog in an incognito window, and who for a second might just connect with that person who bears all.

The best decision we can ever make for ourselves is to be open and honest in our own time and way. Because even if it’s unimaginable to any of us right now, being truly and honestly happy is the best feeling in the world.

For more stories like this head to the home page here