This young man’s brave and heartfelt message will change your life forever! 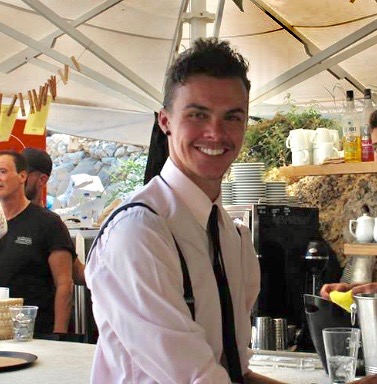 GuysLikeU was set up to give readers a chance to share their stories with others so they never felt alone. This week, a Facebook post by Tom Richardson touched editor Christian Guiltenane so much, he felt compelled to share his emotive words (with his permission of course!)

This week, Tom Richardson from Hull posted a deep and meaningful Facebook post about the way he has been feeling that really resonated with many of his followers, especially me, GuysLikeU editor Christian Guiltenane.

In his beautiful and incredibly open public message Tom explained that he had been living with depression and anxiety for many years but admitted that it had intensified since he had returned home from travelling.

“As some of you may know I suffer with depression and anxiety and for most of the time you wouldn’t know it because I’ve had a lot of practice at concealing it,” he wrote. “I’ve let it rule me and affect my relationships. I know I’m not as open about this as I should be and ask for help when I need it.

“But instead I hide my true emotions because I don’t want to be ‘that’ guy. The one that’s always miserable, the one that people avoid and don’t want to spend time with. So instead I shy away. I’d rather be invisible than be a burden. Or I’ll slap on a smile and laugh my way through the day because I don’t want to answer questions I don’t know the answer to. Trying to explain how you feel to someone who’s never experienced it themselves is near an impossibility. So I smile, ignoring that bitter seed that is gradually suffocating me.” “I’ve worked so hard to build my foundation and it’s crumbling beneath me,” he explained to his friends. “I see people progressing in their careers and I wonder when mine is going to start in spite of hundreds of rejections. I see happy relationships blossoming, while the hopes of my ever having that withers, wondering why I was never good enough in the first place.” 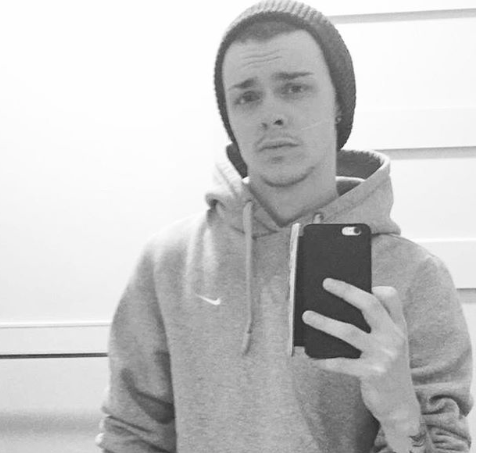 Reassuringly,  Tom ended his heartfelt admission on a more positive note. “I don’t see my depression as a weakness. Instead, I see it as a strength. I am facing a multitude of battles, and you know what, I’m winning. I have sought help with counselling again. I don’t want to get out of bed in a morning, but I haul my skinny ass out and I go to work EVERYDAY. I’ve not once taken a day off because I can’t be arsed. When I feel like breaking down, I smile. It’s learning to ignore those voices in your head that crave you to fail and throw in the towel and listen to those telling you to get up and brush off the dust instead.” 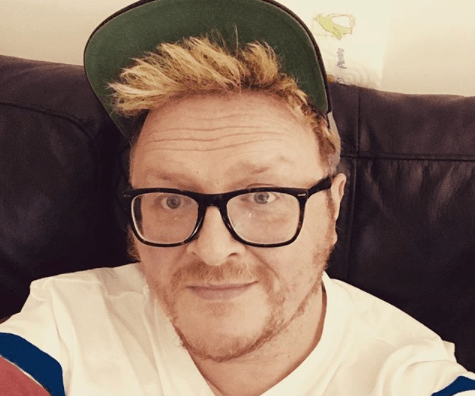 I, myself, have recently experienced much of what Tom has gone through of late and many of the sentences in his piece are ones I have shared with my friends recently and that really struck me. I was so moved by what he wrote because I know too that the feelings Tom and I have shared are at times some of the most suffocating and miserable you can experience. But reading about someone who has gone through the same experiences, suddenly filled me with hope, because I remembered that I wasn’t alone in feeling the way I did.

This is why I launched GuysLikeU in the first place – to ensure that boys or girls dealing with certain issues could read about others going through the same thing and potentially save a life. 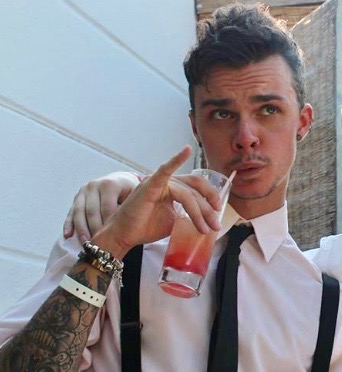 Before writing this article I reached out to Tom to ask him about why he made his feelings so public and how the response has helped him and this is what he said:

Why’s did you decide to post your feelings in a public forum?

I have wanted to post something like this for a long time, but I was always afraid of the reaction I would receive. I was afraid of being talked about negatively and being branded as ‘crazy’ because there is such a negative stigma attached to mental health because people don’t quite understand it. Suffering in silence however was no better and I found my ‘dark days’ turning into weeks and then months. In my silence I pushed a lot of people alway. Eventually, I ended up in a very dark place and felt so alone and hopeless, I needed to reach out. I finally built the courage to post this as an explanation for my silence. I wanted people to understand, to understand why I have shut them out and why it has been so difficult for me to step out of the shadow. I wasn’t rejecting them, I was afraid of them rejecting me. I felt the need to apologise and explain my behaviour in the hopes of salvaging my relationships, and ultimately myself.

How bad are the bad times and what pulls you through?

The bad times can get dark. Very dark. Many nights I go to sleep and don’t want to wake up. I want to simply disappear, dissolve into nothing. I think of suicide on a regular – if not daily – basis, but it’s extremely rare I would act upon it, but the thought is nevertheless there. I feel worthless, irrelevant, and knowing I have to feel like this everyday doesn’t seem a life worth living. Yes, I’ve been pushed to the brink, but have forced myself back. What has always pulled me through has been my closest friends. Those that know me inside and out. Those that call in sick and spend a week with me because they know I’m sinking. They see the tell tale signs, and they always come through for me. I owe them everything. That and a bottle of Merlot.

What have the reactions been?

I was so afraid of being rejected, and yet what I received was the absolute opposite. I have been shown so much love and had many wonderful, encouraging messages. Many were in fact surprised because I’ve been so good at concealing my emotions that they had no clue all this time what I was dealing with internally. I was so surprised by the volume of responses if anything. I wasn’t expecting much, and yet I’ve had hundreds of messages of support, not just from family and friends but from acquaintances and strangers, too. I’ve been commended for my bravery, especially with being male, and have been thanked for putting it into words. I’ve had a lot of people reach out to me privately saying they had or have been going through similar issues which they’ve been too ashamed to share with anyone. They told me that reading my post helped them understand their feelings more and that they felt less alone because of it. My post gave them the courage them to reach out, open up and feel safe and above all normal. So the reactions have been very positive, unexpected and nothing but a show of love and support.

Has the reaction made you feel better about the situation?

Considering I nearly didn’t post it and I was on the verge of deleting it when I did, the immediate response shocked me incredibly. I never anticipated the level of responses and they definitely changed my perception of myself. I feel so much more loved, so much more appreciated and most importantly I no longer feel alone. I now know it’s okay to feel this way because I have support, I am not alone. And I never will be.

If you have a similar story to share please drop us a line at hello@guyslikeu.com