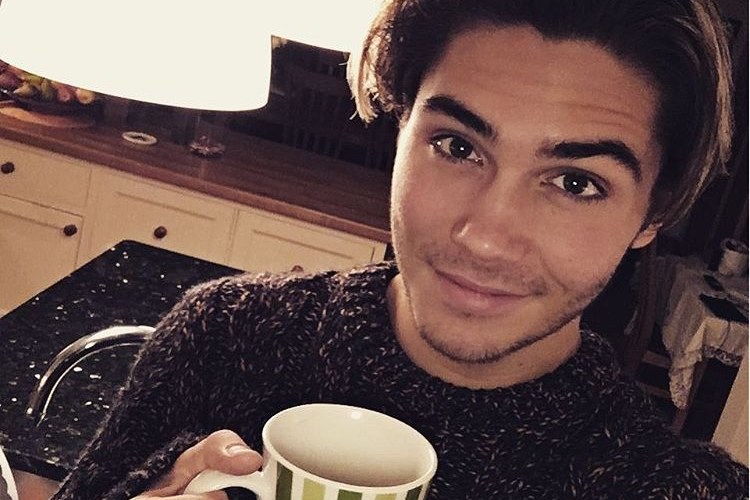 Tom Capon: ‘Why George Shelley’s coming out is not only important – it’s essential!’

Every gay and their fag hag is chattering about the news that George is up for dating boys and girls. But some naysayers have criticised him for coming out in public, claiming it is not necessary! Here, GuysLikeU contributor Tom Capon explains why his public declaration is not only important but essential in giving guys a beacon of hope and for ditching labels.

George Shelley ‘coming out’ is important. Not just because the video was a touching, emotional admittance from a genuinely nice guy who looked physically relieved. It’s important because celebrities ‘coming out’ still means something. Yes still. In 2016.

I can already hear the keyboard warriors typing. ‘Who cares!’ they say, as if they haven’t just taken a precious second from their actual life to vent annoyance at someone’s op-ed – two seconds they could’ve used to think about someone else, maybe. It might not matter to you, hypothetical keyboard warrior, but it definitely matters to someone.

All across the country, kids and teenagers will read that news and a little ember of hope will ignite in their hearts.

In a world where the Home Office states that homophobic hate crimes rose 22% in 2014-2015 but droves of people dismiss homophobia as it ‘doesn’t exist in this day and age’; where ‘gay’ is still used as a derogatory term by the majority of the country; where everyone who’s the non-Disney version of different is labelled ‘not normal’ at best or ‘freaks’ at worst, a celebrity ‘coming out’ is still important.

It’s young people who may not be equipped to deal with the heaps of shit that the world kindly dollops on our section of society. When a celebrity comes out (especially one like George Shelley who is known to be kind hearted and well loved), it allows people to hope. If someone like George or Tom Daley or Neil Patrick Harris – talented people who not only exist in the spotlight, but thrive – can come out and be accepted, maybe they can do this. Maybe we can do this.

That one action of ‘coming out’ can inspire more hope than any reassuring speech from a friend, parent or teacher.

But George Shelley’s ‘coming out’ in particular is important – it’s time to drop the labels. Despite George never once using one (in fact he specifically didn’t, labelling them ‘old-fashioned’) there have been flurries of people calling him ‘bi.’

This might seem like a minor nit-pick considering the way he described his sexuality fits with our notions of ‘bi’, but no one knows their own sexuality better than the individual. And he decided to not call himself that.

All this means is that the world ends up dictating his sexuality to him. That’s unfair. We didn’t have to call him anything – the label is completely arbitrary. As the singer said: ‘What is important to me is that I can be myself.’ And that is what should be important to us.

By forcing labels onto people, individuals with the best of intentions end up causing harm. When good old Paolo from First Dates spoke to GuysLikeU about his experience with his date, who called his high heel wearing ‘not normal’ and ‘embarrassing’, he said (with a lot of exasperation): ‘What I thought in that specific moment was “here we go again”. I’m just tired of having to explain to be honest.’

The ember of hope that young person feels is threatened when we start forcing that person to exist in the confines we create. You could say we end up being a drip on that ember; and no one likes a drip.

If these celebrities can ‘come out’ without the labels that they don’t ask for thrust upon them, it can do good. Such a simple act might change a single person’s life. By leaving the labels out, all we do is include more people to feel the hope; to start feeling that life can get better. From that young footballer terrified about what his team mates might think, to the boy styling his sister’s hair, to the non-binary young person wearing baggy jeans and stilettos – these people don’t have to feel bad anymore. The celebrity has started that ember by showing them how to be honest with themselves; how to be accepted. We could fan it into wildfire.

Statistics Sources The Independent and BBC