Tom Capon: ‘I was proud to be called straight-acting! But that’s f**ked up, right?’ 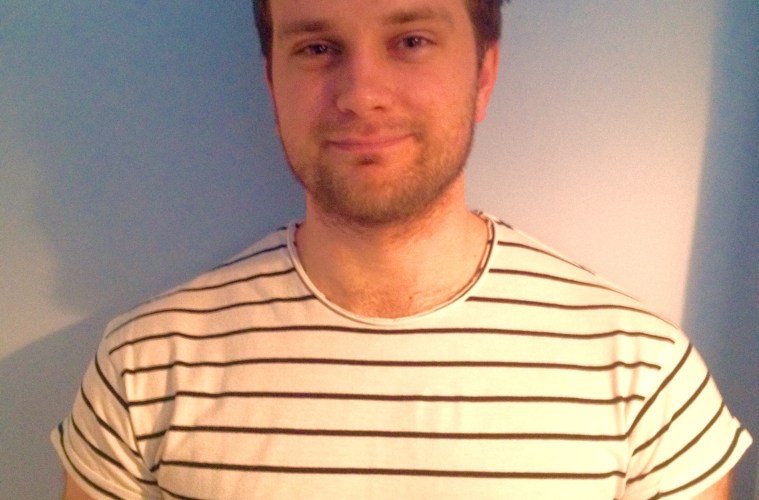 Tom Capon is a 22-year old blogger and writer who here opens about coming to terms with his sexual identity and the concept of masculinity.

Looking for anyone to put up with you in a relationship is hard, but when you’re gay, the difficulty level is ramped up. Not only do we have to deal with a smaller community – and, quite frankly, higher standards – we’ve got the bullshit of ‘what it means to be a gay’ heaped on top of our country’s already insecure masculinity complex.

It’s all very messy. (Imagine what it’s like for trans people? Jesus Christ, we’re talking a whole other game of difficulty). That’s the problem though. Our ideas of ‘masculinity’ are tied with our idea of ‘being a gay,’ and neither make any sense.

I grew up a traditionally masculine guy. Meeting new people and having to come out to them was stressful: if they weren’t homophobic arseholes, or just put off by the fact I stood a whole foot above everyone throughout my adolescence (I’m well over 6ft), more often than not, they’d say something along the lines of ‘You really don’t seem gay.’ I was proud of that. But that’s pretty fucked up, right?

Growing up with a ‘man’s-man’ dad, in a society that STILL frowns upon feminine behaviour from men, makes fancying men the most confusing period of your life. This external pressure to conform to a certain behaviour when I didn’t fit into that category was like trying to squeeze a basketball into a golf hole; they don’t fit, but only because some dickhead a few hundred years ago decided that every ball should go in one hole – wait that doesn’t sound right.

What I mean is if we boil human beings down into what balls should go where, we won’t get anywhere. That’s for both sexuality and masculinity. They’re too fluid to be balls; it’s a different game.

These days we’ve got labels like ‘straight-acting’, a term so obnoxious I can smell the dudebro from a mile off. The phrase itself is basically an Xbox controller who shouts ‘fag’ whenever you touch the buttons. This is a label I once proudly wore but now feel is the source of my problems.

Among the laundry list of my issues (depression, anxiety, you can check them off the list of Gay Man Bingo if you’re playing at home), I also really have trouble with relationships. I’ve been on dates with really great guys and start falling for them. They have wit, they didn’t take life too seriously and they offered to pay for dinner. I begin to plan at least an immediate future because I can see the relationship pushing its way through my cold, cold heart.

But then suddenly, something in my brain clicks and I start critiquing everything – what will other people think? Are they judging me? These thoughts turn insidious, destroying these genuine emotions through fear of people seeing me as gay. As if to have feelings is a threat to my masculinity, but to have gay feelings? Wow, fuck that! You better start getting really close with the contents of your sock drawer. It sounds ridiculous, because it is.

Sure, I’m playing on gay hard mode. But it’s more than that. I have built this fake, almost impenetrable masculine wall around myself.

The societal fear of the feminine has pushed me to act masculine. I used to take pride in that masculinity and it was so exaggerated within myself it forced me into a position where I couldn’t function properly in a male-male relationship. It’s not exactly a deep-rooted homophobia (though it can be in ‘guyslikeme’), it’s more about guarding against open displays of emotion. And this added threat that can hurt: people reacting in a negative way to my homosexuality.

In recent years, I have managed to chip away quite a bit of the brick. Not abandoning who I am; but accepting it and expressing it more in ways that feel more natural to me. I can be a bit camp (or as many of friends with little-to-no gay friends call it ‘sass’). I even dance a lot now. Masculinity, sexuality, personality, it’s all fluid. But as soon as we start solidifying – building up these walls of fear – we stop being who we really are. We already play the dating game in hard mode. So there’s no need to build these invisible walls. Life’s tough enough already!