There’s more to this hot guy than you think… Can you tell what it is? 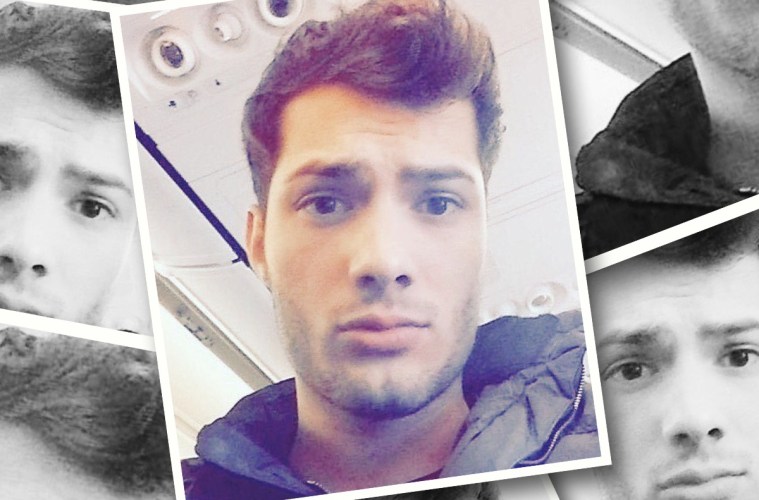 When you look at this young guy, what do you think? Good looking? Confident? Does he look like the kind of handsome guy whose life is peachy, with boys hurling themselves at him twentyfourseven and luck always on his side?

Perhaps! But, there’s more to Sergio Triay, 22, than than his dashingly handsome looks. Not only is he insanely clever – studying politics at SOAS University – he’s also living with a mental health condition (Borderline Personality Disorder) that sees him experience extreme highs and lows and even suicidal thoughts.

You see, you really can’t judge a book by its cover. And you can’t look at someone and know they have a mental health disorder. It’s just not that easy.

In order to raise awareness about the little known condition he is living with, Sergio has bravely opened up to GuysLikeU to explain how it has affected him and how thanks to medication and the support of his boyfriend Josh, he can finally get through each and every day in one piece…..

BPD, from my perspective, is a conglomeration of things. As with any other mental health disorder, It may not sound particularly inviting but in short I can only express it as extreme emotional instability, frequent highs and lows, suicidal feelings and heightened but often inexplicable anxiety all packed into one.

Tell us how it affects you on a day to day basis.

On a bad day I can experience all the feelings expressed I’ve mentioned already. I may wake up feeling extremely depressed, like there is nothing that can really convince me to get up and get along with my day ahead – instead I will avoid it by going back to sleep. This can happen day after day after day which most of the time eventually leads to a feeling of absolute frustration, inadequacy and complete loss of self esteem. My university work and job consequentially suffer, only leading to a heightening of these extremely low moods.

Well, unlike depression, where the feelings of sadness and emptiness are often quite steady, BPD is like the phone signal in rural Yorkshire. I can wake up and have no signal (depressed), have 4G at midday (a euphoric high) then go back to having no signal at tea time and then balancing the rest or what is remaining of the day on GPRS.

Ha, we love the phone refs! We totally get it.

BPD is characterised by problems with interpersonal relationships and the regulation of emotions. My boyfriend might be at work and forget to put a kiss after his text of ‘what shall I get us for dinner’ and my mind will wander into the darkest most irrational territory possible: ‘What does that mean?’, ‘Is he going to break up with me?’, ‘He’s definitely not into me anymore.’ This will quickly snowball into a state of complete panic and anxiety which in turn usually make me regress into the normal behaviour exhibited by a five year old… cats become ‘meow meows’, police are the *siren sound* and so on. 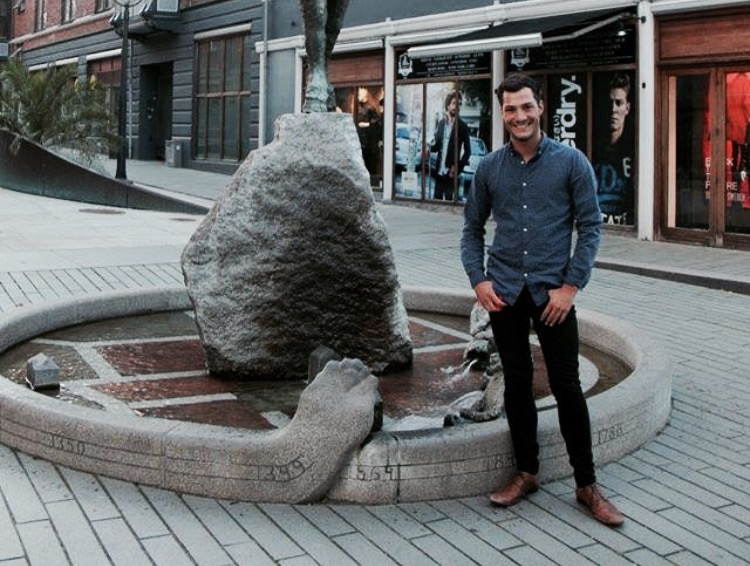 Likewise, emotions can be completely irrational. I always try to explain it with a this quote: People with BPD are like people with third degree burns over 90% of their bodies. Lacking emotional skin, they feel agony at the slightest touch. Unfortunately this can potentially have serious impact on both my own wellbeing and the wellbeing of those who surround you. When I get angry, I get ten times as angry as an everyday person. When I get sad I get extremely depressed and often suicidal. When I am happy I am euphoric, often leading to the inappropriate question of ‘what are you on?’

Before you identified the problem, what were you thinking was wrong? Were you worried?

I know this might sound like a slight cliché but I guess I always knew I wasnt neurotypical even as a child. I always seemed to get very angry, very fast about silly things that someone else might not even be slightly annoyed about. I was diagnosed with ADHD at a young age and continued to be as I was before the diagnosis. Bu then it became worrying when this translated into adulthood and I realised it wasn’t only anger which was ‘problematic’ but all my emotions seem to be heightened by comparison to your average Joe and I started recognising the nurses at my local A & E by name. I then contacted the mental health team at my university which advised me to seek long term psychological help.

How did it effect relationships?

Anyone who knows me knows two things – I am a serial monogamist and my relationships are always tumultuous to say the least. I have a constant fear of abandonment which means I lose my confidence completely and ignore my responsibilities, my life, unless there is someone in the sidelines always there for me. Unfortunately as I explained earlier, this leads to a fear of separation and paranoia at the slight hint that my significant other may not be as into it as I am. During the Christmas break this year for example, I broke up with my boyfriend on three separate occasions in the space of two weeks simply because he wasn’t as available as usual and I felt like I needed to break up with him before he hurt me in the long run or broke up with me.

Wow, that must be hard on both of you.

My BPD causes me to have a tendency to test relationships> in a previous relationship after six months of intense dating, I decided to tell my partner I had cheated on him on New Years eve – though I hadn’t in my mind if he stayed it meant that he truly loved me. You can imagine how that went down.

On a weekly basis I will have ‘episodes’ which can include disassociation – I forget who I am. where I am and who everyone around me is, it can include fits of rage and lastly and most commonly, I will exhibit the behaviour of a child. As you might imagine this can be extremely exhausting and frustrating for my partners and have often had people break up with me because they simply feel they cannot deal with the responsibility and the instability that comes with my BPD.

You must have been received  BDP was diagnosed. At least you knew it was something that is recognised.

Yes! Extremely! After several misdiagnosis and almost two years of living with a undiagnosed personality disorder (though, a very intense and difficult mental health disorder), I felt like I could now focus on getting the help I really needed to help me as much as possible.

What advice were you given to deal with it. Do you take medication?

Unlike, for example, the flu, BPD is something that you learn to manage and control but never completely get over. I was suggested to take weekly or biweekly therapy sessions to try and help me understand my emotions and try and help me manage these especially in times of crisis and with regards to interpersonal relationships. I also take antidepressants and mood stabilisers to take some of the edge off of the disorder and valium to calm me down in moments when I feel in crisis. Valium is highly addictive and can be quite dangerous if you take it very often.

So how is life now – can you manage it? Do you have slip ups?

Its still extremely difficult and I am only in the first few months of treatment since my diagnosis. I am learning slowly to manage emotions and feelings by for example telling my boyfriend that im feeling irrationally angry at a given tim. Nevertheless I still have a long way to go and I slip up all the time. 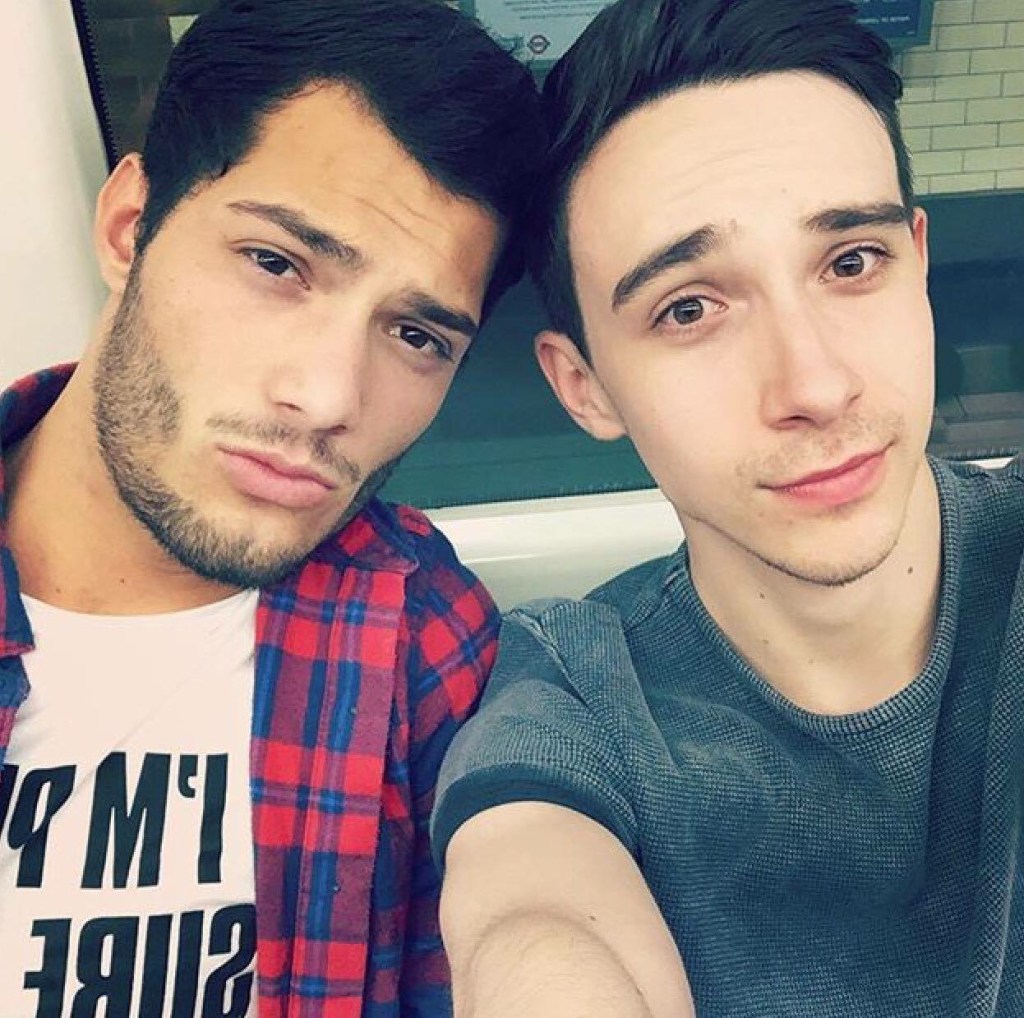 Were you nervous telling Josh your boyfriend about BPD in case hit scared him off. What was his reaction.

No, not really, I guess there’s always a fear but I always approach dating with the mentality of if it scares them off then you were better off not having them in your life at least as such a significant part of your life anyway. He was always very understanding and continues to be so, he tells me that there are so many more aspects of me than just my mental health and he loves me, BPD and all – it’s like a Beyonce song – flaws and all.