Secret diary of an agoraphobic: ‘I locked myself away and became invisible’ 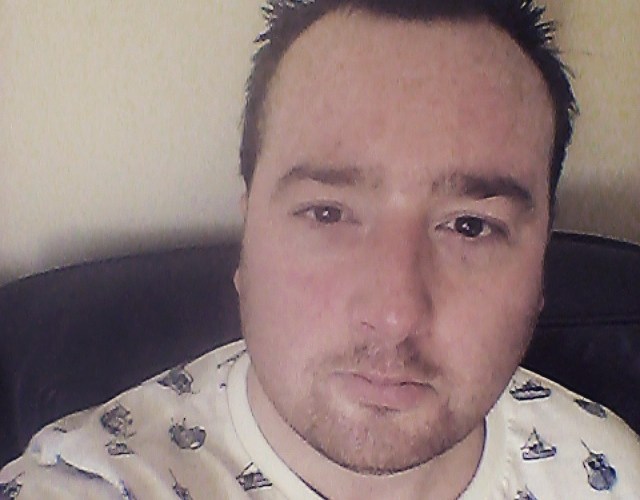 Wayne Power opens up about how crippling agoraphobia left him housebound and losing touch with friends and how he has tried to fight back.

I was just like any typical 21 year old when I had my first panic attack. I was in the process of moving from Waterford to Dublin. The Friday night when panic first pounced, I was in a pub just off O’Connell Street. As the night progressed, I suddenly found myself zoning out, becoming faint and panicked, feeling the walls close in on me. All I could think of was getting out of there. Dazed , I grabbed a taxi back to my friend’s house. In the taxi, I could see a vision of hospitals and ambulances. I was freaking myself out. I barely slept that night.

A week later, back home in Waterford, it struck again. I was alone, wandering around the city centre. I was heading home when I felt myself zoning out. There was a sudden feeling of vulnerability, detachment and I found myself walking a mile a minute, frantically trying to get home. I felt panicked and this was far more intense than that Friday night in Dublin. I was fidgety and uneasy. Upon returning home I felt rattled and drained. I couldn’t shake it off as I had done the week before. I found that uneasiness and depersonalisation follow me around.

It was a bright, Monday evening in September and I was on the bus from Artane to the city centre where I was to meet my best friend on Capel Street.

Before I even got on the bus, I felt uneasy, nervous. The closer we got to town I had sweaty palms, a ferocious knot in the stomach.

I got off at Connolly Station enduring the longest walk up Talbot Street I’d ever encountered. I walked up that street agitatedly .I’m a fast walker , yet every footstep felt like walking through tar. The intensity of the panic was blistering. I thought I was going to fall down in a heap which made me walk even faster.

I got onto Parnell Street, trying to soothe myself, that Carpel Street was in sight, and all would be well once I saw my mate. When I did, I made no mention of the last traumatic ten minutes.For the hour I spent with my mate all I could think about was how the hell I was going to get home

I walked up Henry Street, feeling the same symptoms rumble within me. As I turned onto Liffey Street, BOOM!! It was incredibly intense, my body felt vulnerable, feeling like a lost child on the streets of Dublin. Walking agitatedly and frenetically, onto Lower Abbey Street. A myriad of emotions, but the blackest fear coursing through my body. A frenzy that shook me to the core.

Back on O’Connell Street, I jumped into the nearest taxi and got home. I was terrified, shaken, confused and pure frightened. Here I was living back in Dublin, a place I adored.Yet those streets were now tainted by a vicious, cruel fear.

But the dark shadow of panic lingered and before I knew it, I had made a swift getaway from Dublin and back to Waterford. I thought, once I was home, it would disappear.

Little did I know what was to come? I completely retreated, only venturing out down the road to buy some phone credit. I was avoiding having to meet friends, unable to be in the city centre or nearby. Even getting down to the nearest shop, I found myself analysing every footstep beforehand.

As winter drew in, these feelings intensified and worsened. I became more withdrawn from the world and it was frightening. I couldn’t socialise and do the things that I could do so easily, in the weeks and months beforehand. Everything was put off till ‘tomorrow ‘ When you have this condition, there’s no such thing as ‘only down the road’ or ‘just around the corner’.

It was two days before Christmas. Walking down to the shop that evening to buy a simple carton of milk for my mother was terrifying. On the way home, the panic washed over me like a tidal wave. I could hear myself wheezing the rest of the way home.

Passing various houses and Christmas lights in a blur of panic and confusion. I was petrified. I got home, said nothing, went to my bedroom and shook out. I thought how I am going to get back out there. If that was to befall me every time I walked outside the door, then I wanted no part. Avoidance meant safety and preservation.

I knew what agoraphobia was. But you don’t want to admit it to yourself. Because that makes it real. The shame and stigma that go hand in glove

So friendships deteriorated and life just became that thing on the other side of the front door. It went on. And I became the invisible man. Visible to only family who persevered to help me. And help me they still do, heroically.

I’ve gotten better, but still live a life restricted. Every day I leave the house hoping this is the day the panic just dissipates and I can go where I like. Instead of the safe distance from my house where I get so far before the acidic panic rises and I turn back for home, bruised and frustrated. It’s relentless and habitual. You just want to rip the fear out of your body and kick the shit out of it.

Medication helps but also finding a counsellor who can provide CBT and exposure techniques. I always felt lighter after talking about and humanising the fear. Mindfulness has been a godsend too and I highly recommend the Headpsace app.

The book Mindfulness For Worriers by Padraig O’Morain is packed with tips to deal with all aspects of anxiety and stress. Mindfulness takes practice but it helps. Hope , and a sense of humour too. Sometimes you have to laugh and take the piss out of your situation. Its not a crime. Have you heard about the gathering for local agoraphobics ? Nobody turned up.

I’ve missed out on too much.Incarcerated by fear.I still have my dreams and no amount of crippling anxiety or panic will wretch them away from me.