Is this the cutest gay marriage proposal ever? (VIDEO) 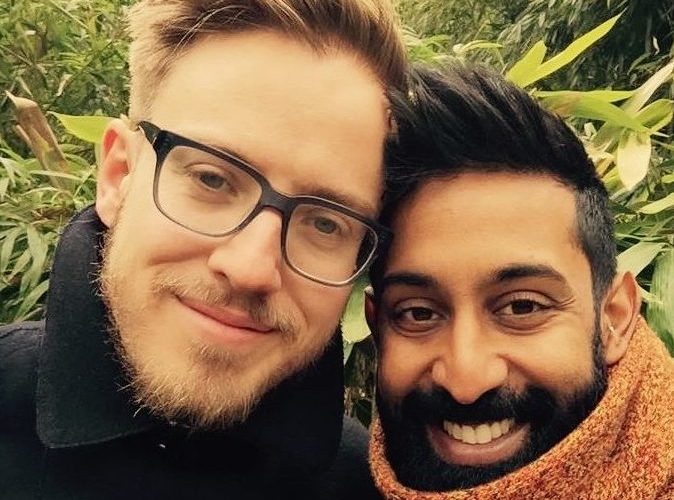 How one romantic guy proposed to his unsuspecting boyfriend in the cutest way possible!

Whatever happened to the days when an oh-so-romantic guy would simply fall to one knee, whip out a dazzling ring and utter the words ‘Will you marry me?’ If the recent glut of viral proposals are anything to go by, those days are long gone, as loved up lads pop the question in the most flamboyant of ways.

And after all the cleverly choreographed flashmob proposals we’ve seen clog up our social media feeds, we thought we’d seen it all. But no. This week we saw an amazingly sweet VIDEO CLIP in which smitten orthoptist Vijay Tailor, 33, surprised his improv comedian boyfriend Ben Hamblin, 33, with a proposal he’d never forget.

After five months of secret planning, Vijay had two of their theatrical pals perform a musical skit with puppets that detailed their love story, before jumping up on stage at the end to ask Ben that all important question.

We caught up with the two chaps to find out hard it was for Vijay to plan the surprise and how Ben reacted.

Congrats on your engagement boys. And well done Vijay on pulling off a wonderful proposal. Ben, how much of a shock was it?

Yes, very. I’m almost worried now about how good Vijay is at telling lies and influencing me. Ha! He proposed to me just after one of my MusicBox comedy gigs. Over the last month he managed to persuade me to invite all my family, as they all happened to be in London at the same time. They had made the gig sound special to encourage all my friends to come. So it didn’t seem unusual that everyone was there. 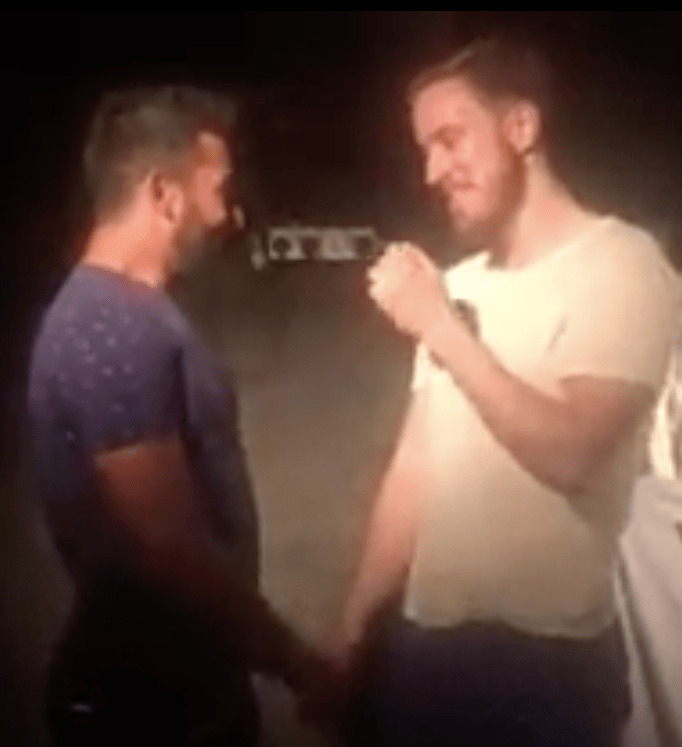 When your friends Lewis Barker (@lewhbarker) and Charlie Dinkin (@charliedinkin) started singing about you, did you not get suspicious?

Not really, because Vijay was saying to me, ‘why are they singing about us’. Of course I thought it was odd, but because Vijay was still acting like he didn’t know so I just thought my friends in Musicbox had randomly decided to sing about our life. And then I was sitting there starting to think, hey Ben this would be a good moment to propose. Then Vijay suddenly got up and it dawned on me that I’d been taken for a fool. I can’t believe I didn’t see it coming.

Vijay, how much prep did it take was it hard keeping it a secret?

I had been planning it for about five months. The puppets were ordered from America and arrived in January. I had to keep them on a friend’s boat so Ben wouldn’t find them (he is a nosey one). I had spoken to most of Ben’s family and told them I was going to propose.

Did you get nervous?

I actually wasn’t that nervous, which surprised me. I was more nervous during the day as I didn’t know what was going to happen, but once I got to the Miller it was fine!

Ben, had you suspected anything?

I hadn’t suspected anything. Stupidly, I had always just assumed that I was going to be the one to propose. I’d even had a few failed attempts, including while we were kayaking at sea in and out of caves on the Portugal Algarve. 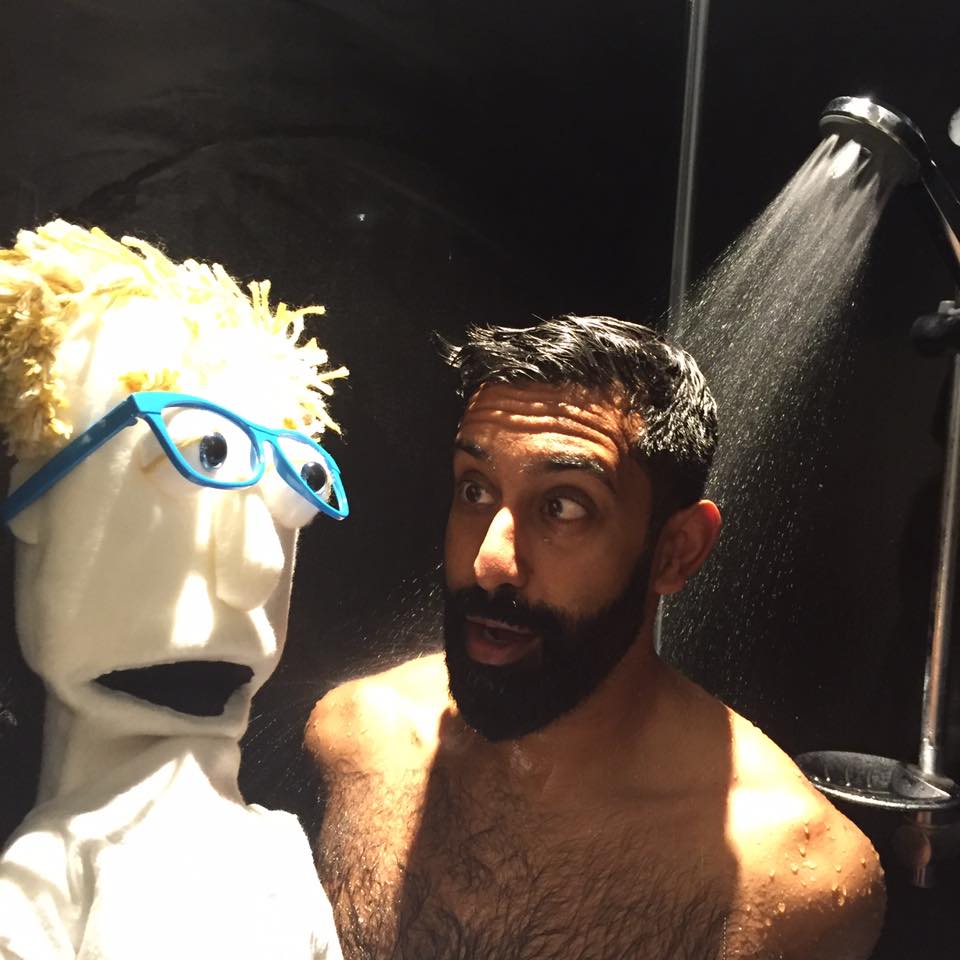 Had you talked about marriage before?

Ben: Yes. All we’d talked about the type of wedding we’d like and we’ve always talked about having children. I think getting married is the first step.

Vijay: Because he is soo traditional, ha!

Take us back to when you first met?

Ben: We met in a bar in Soho, but both of us had just come out of long term relationships and didn’t really want to commit. That plan didn’t last long, after a few dates we soon ended up spending almost all our time together. We moved in together a few months later. It’s stayed like that ever since.

What was it about each other that you thought – wow, he is the one.

Ben: Vijay’s the biggest kid I know. Though his practical jokes sometimes wind me up, I wouldn’t have it any other way. It makes him fun to be around. He’s also very caring and is just beautiful with a stunning smile. We’re always looking for the next big adventure like doing a triathlon, learning acrobatic circus skills, living on a boat, property renovations, setting up a company, performing on stage, climbing, kitesurfing or traveling the world. We share so much and enjoy each others company I wouldn’t ever want to be without him. That’s really what the puppet show and lyrics in the proposal video are about.

Vijay: I just thought Ben was kinda okay looking… Jokes! No I totally fancied him from the start and it all just felt tight! He didn’t want to commit. He almost got scared off when one night with my uni girls they all pounced on him and asked ‘what are you intentions with Vij?’ At that point I was like uh oh! 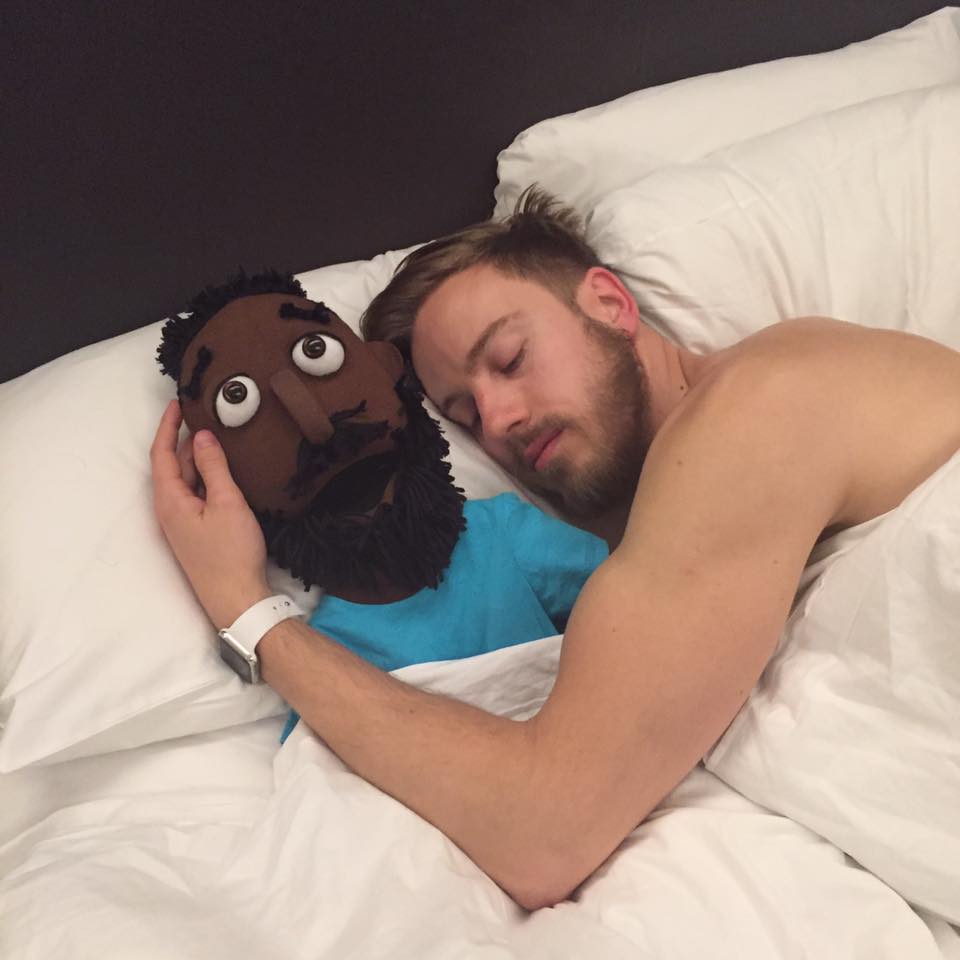 What was your gay experience growing up?

Ben: I came from a small rural town in south Lincolnshire. I didn’t really have any gay role models and was pretty confused growing up bouncing between girlfriends and the church. I thought I was the only one in the world who felt like I did and really wanted to change it. It wasn’t until I was able to more to more cosmopolitan areas of the UK that I became more accepting of myself. I don’t know if that experience would still happen for young people. I hope not. I would hope that everywhere is generally more tolerant and with social apps it is easier for us hidden minority to find each other and share experiences and understanding.

Vijay: I come from a small town and have a traditional Indian heritage. It took me a long time to get to grips with my sexuality all the way into university. I told my parents recently and that hasn’t gone down to well, but that’s their problem to deal with it. I have come to peace with who I am and I am the happiest I’ve ever been! Living two lives is hard! If there is one bit of advice to people in my situation is that just be honest to yourself, if your family truly love you they will get over it, if not then make them get over it! 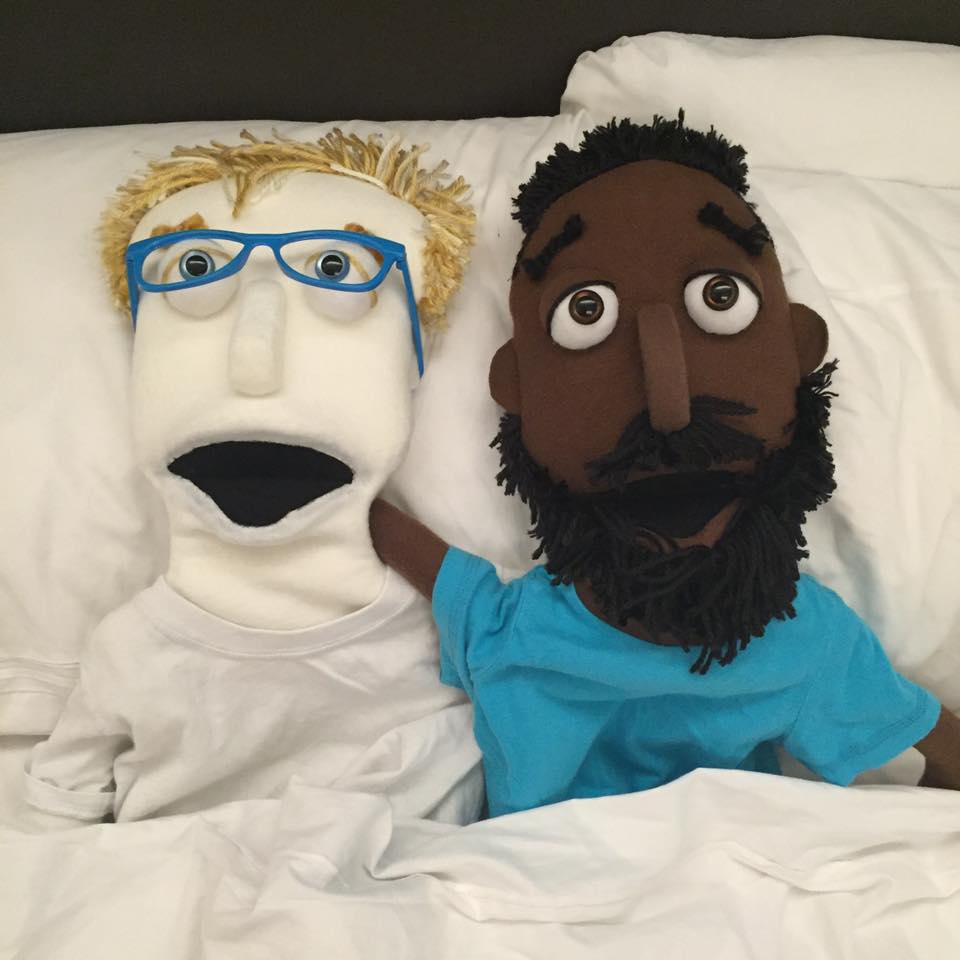 Ben: We keep flipping from small to large. I think we would like a large wedding where we can all celebrate. It just starts to become expensive, so I think we’ll just try and turn it into a big event in a warehouse.

Vijay: I think we will have both!!!

Will you stick to tradition, or will you have a theme? Will it be as theatrical?

Vijay was born in the UK, but has West Indian/India heritage. This means there’s lots of traditions I have no idea about which need to be incorporated. It’ll defiantly be a fusion of UK traditions and Indian traditions. The only one I want to avoid is where the grooms are smothered in turmeric to make them glow. I just think that will look better on his skin than mine. I don’t want to be walking down the isle looking radioactive!

Vijay: We were thinking about a talent show where our friends can perform, and a very big party with all our friends and huge family. It may all end up nautical themed. Ideally the warehouse would be near the canal so we can make our canal boat a part of it.

We always joked that Vijay would do it in drag with a beard, but I think we’ll both be in lightweight bespoke suits. I don’t want us sweating down the aisle, and we’re planning to make some gymnastic routine a part of our first dance…

We have been to a few and they have all been lovely and all very different. Some have had woodlands themed or James’ from Musicbox was based on a cockney knees up with pie and mash! Another showed us the highlife in NYC. I don’t think ours will be the same, but we certainly will be partying just as hard. I think we have been most inspired by a hetro wedding my sister had. She was director of a music marketing/record label company so she had a mini glasto-style festival called WedFest where all the bands played. I think this has inspired us most to understand how diverse you can be with weddings.

Which roles do you play at home – who cooks, who does the house work?

To keep the engagement on I’m going to just say Vijay does it all, but in reality I’d say it’s equally shared between us even if I don’t think my contribution is recognised.