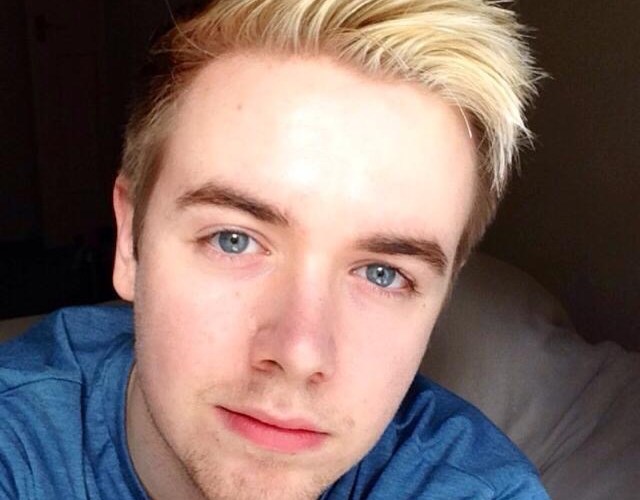 ‘People terrified me. I was scared of being judged’

On the surface Aaron Endersby appears to be a strong, witty and confident young guy. But behind the that cool exterior, the 23 year old receptionist has battled crippling anxiety, which he is slowly beginning to overcome.

I step out my front door and I immediately feel myself starting to sweat. My mind starts racing with thoughts. My heart rate increases. I feel sick and I can swear I’m going to collapse.

For most people this would be a rare event but for me it was an everyday occurrence because I was suffering with severe anxiety. When someone mentions the word anxiety, the reaction is often a complacent one. In my opinion it doesn’t seem like a big deal to most people who haven’t dealt with it. But for me, it was stopping everything in my life. From maintaining relationships with people to participating in mundane tasks like going to get a haircut, everything became a hardship.

While I believe I had anxiety for a long period in my life, the worst of it came at the age of 20. Thinking back, it sounds ridiculous, but there were times when I couldn’t leave my home for days because I was so scared of what was outside. My anxiety was largely based around people. People terrified me. I was so scared of being judged by them that I let it stop me from doing the things that I enjoyed, even from seeing friends, most of whom still don’t know the extent of what I was going through.

One of my biggest fears was getting on the train on a Sunday when I was visiting my grandparents. Stuck in one place with no way out and people constantly staring at you was my idea of hell. At times it drove me to tears.

I started to put myself in those very situations to try and help myself. Eventually I found that the more uncomfortable positions I put myself in, the easier it became to deal with the problem.

I suffered for years before I realised that I needed to overcome this problem and do something about it. For me, it was all about my mind adjusting to being in certain situations. This is why I started to put myself in those very situations to try and help myself. I would sit in a coffee shop by myself. I would force myself to go shopping. I would start to say yes to plans that I would never have said yes to before. Eventually I found that the more uncomfortable positions I put myself in, the easier it became to deal with the problem.

I now work in London in a job that requires me to interact with hundreds of strangers every day. Who’d have thought.

Fast-forward to now and I have my anxiety firmly under control. I have trained myself over time to change the way I view social situations and I now do things that I wouldn’t have even dreamt about doing at the height of my condition. I now live in London, and also work here, in a job that requires me to interact with hundreds of strangers every day. Who’d have thought.

One final message to anyone that is suffering with a similar type of problem – don’t leave it as long as I did to do something about it. Research your symptoms, talk to friends and family, go to see a doctor if you need to. Remember that it is a common problem and that you don’t need to suffer in silence. Be happy.

If you are dealing with anxiety visit HERE