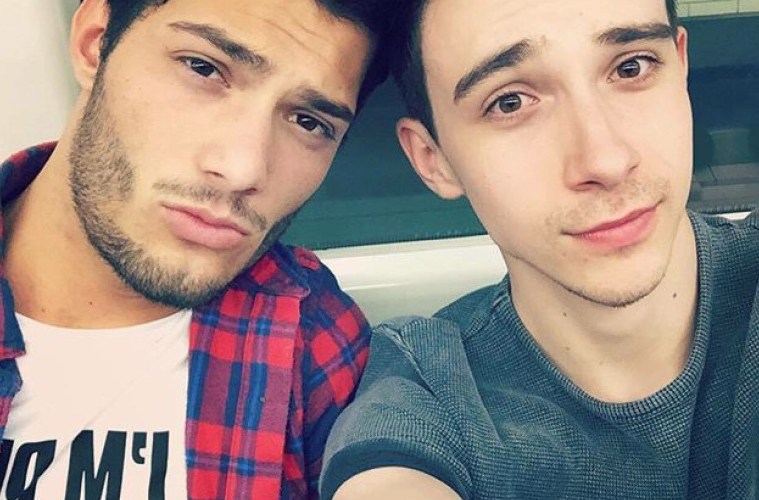 He explained: ‘On a bad day I may wake up feeling extremely depressed, like there is nothing that can really convince me to get up and get along with my day ahead – instead I will avoid it by going back to sleep. This can happen day after day after day which most of the time eventually leads to a feeling of absolute frustration, inadequacy and complete loss of self esteem.’

He also explained that his condition is one that also affects his boyfriend Josh. ‘I have a constant fear of abandonment which means I lose my confidence completely and ignore my responsibilities, my life, unless there is someone in the sidelines always there for me,’ Sergio told us. ‘Unfortunately this leads to a fear of separation and paranoia at the slight hint that my significant other may not be as into it as I am. My BPD causes me to have a tendency to test relationships.’

However, he did tell us that Josh has been great at dealing with his condition. ‘Josh was always very understanding and continues to be so, he tells me that there are so many more aspects of me than just my mental health and he loves me, BPD and all – it’s like a Beyonce song – flaws and all.’

So we decided to hear how BDP affects those around sufferers and asked Sergio’s boyfriend Josh to share his experiences.

Sergio says he gets paranoid about the way you might write a text because he starts to think all sorts. Does that put a strain on you to be constantly thoughtful about what you say so you don’t upset him?

It does, and it can be hard definitely. Sometimes I can forget Sergio isn’t neurotypical and I’ll say something that a previous boyfriend wouldn’t have been bothered about at all, but Sergio will almost immediately regress and think I no longer love him. I could be talking about an incident at work and become visibly upset about it, and then after I finish ranting I will look over at Sergio and realise that he has taken it to be about him and begun having an episode. 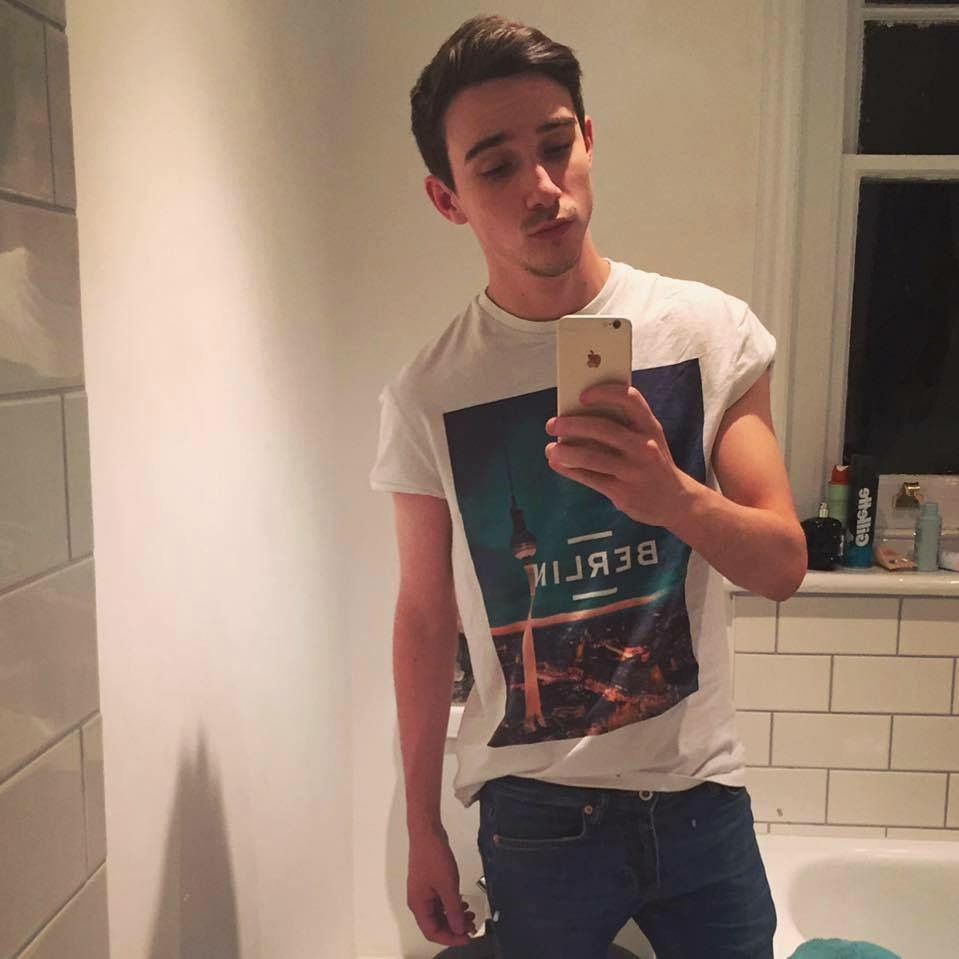 He says he has constant fear of abandonment. Do you have to constantly reassure him that every thing is okay?

I really do. We can be having the most amazing few days and yet he can think I’m going to leave him. We travelled to Berlin recently and had the best time while we were there. However, when it was coming to an end, Sergio began regressing because he felt as though I was going to return to the UK and dump him, when that was the last thing on my mind. After showing love when supporting him on a mental health level, it can sometimes be hard to remember to then show it on a romantic level on top of that. I also spent Christmas away with a friend and apart from Sergio, and because we ‘only called for an hour or two a day’ he felt as though I was being distant and wanted to leave him. To anyone else, that would sound crazy, but to Sergio at the time it sounds completely logical.

Can the highs and lows become very hard to deal with?

They can, but they’re easier to deal with once you understand Sergio’s triggers. The highs can be wonderful and it brings out the person that I know he wants to be 24/7. However, the lows are like nothing I’ve experienced before, and something I’ve still not come to terms with. No one wants to come home and hear their boyfriend tell them that they can’t deal with life anymore and they want to die. One of the symptoms of his BPD means that he will sometimes try and push me away by saying cruel things, things you would never imagine saying to someone you love. This is probably the hardest thing to deal with in regards to his mental health an it’s something I’m trying to make sure I react to in a way that doesn’t antagonise him further. I’ve not reached that point yet, but I’m trying.

Do you ever think it’s too much work to deal with this or does love conquer all?

I’ve had those thoughts, of course. In the heat of the moment, during the third hospital trip in a month at 5am when I’m due in work two hours later, it would be hard not to. But I love him very much, and rather oddly, this is probably the healthiest relationship I’ve ever been in on a personal level. We love each other on a level I’ve never experienced before, and have a bond that’s managed to endure things that even the strongest couple would split over. Due to his BPD, it’s a very intense relationship. Much like him, I’m a serial monogamist and I’ve jumped from guy to guy until I’ve found myself with Sergio six months down the line and essentially living together. I love him to bits, and despite everything, I see a future there. I do find it hard juggling my responsibilities however, because if I’m heading to work and he’s essentially a 6-year-old, I can’t leave him without feeling guilty, because it is essentially the same as a leaving a toddler at home alone. So sometimes my career has suffered, but it’s something that I’ve chosen to do and not something that can be blamed on him.

How do you deal with Sergio’s disassociation?

I have to essentially become his baby sitter. He has no idea who I am and he thinks I’m a ‘badman’. I have to assure him that Josh will be home soon and that I’m going to stay here until he is. Sometimes he’s escaped the flat while in this state, and he’s been found by people who have them taken his phone from him and called me. It’s bizarre, because he doesn’t remember anything that happens, so he constantly feels as though we haven’t spent enough time together, despite me always being with him. Although, now we’re settled as a couple, these incidents happen rarely now.

When Sergio told you about the condition, were you scared or worried about having to take on a person who needs a lot of love and understanding?

Listen, we all need a lot of love and understanding. Sergio just needs it in a different way. None of us are perfect, and it’s been hard for some of those close to me to see me dedicate myself to our relationship because they don’t understand his condition and, quite rightly, it worries them. But I always try and put myself in his shoes, and realise that no matter how bad a day I’ve had, Sergio’s had a worse one because of something entirely out of his control. As I always tell him and my friends – there is more to my boyfriend than his mental health. Anyone that defines him by that need not be in my life. It would like defining someone by their physical disability, which we would never think of as acceptable, and yet with mental health appears to be almost the norm. 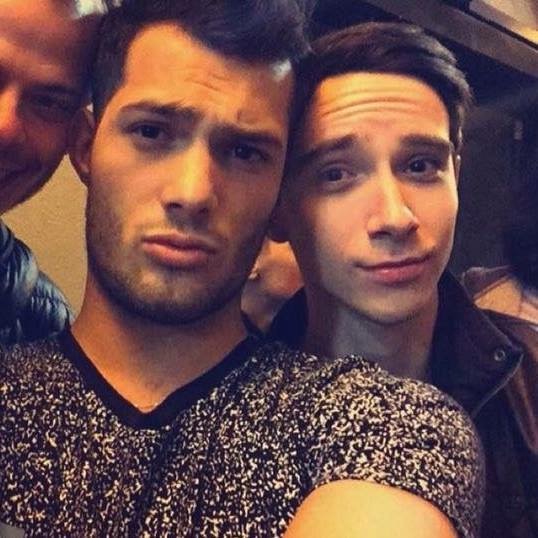 Well Josh, you are inspiration and Sergio is very lucky to have you.

With BPD, I have to understand that despite the amount of love I feel for Sergio, I have to be OK with the idea that he could wake up and decide he no longer wants to be with me. That’s going to be a possibility for the rest of our lives should we get to spend them together, and it’s something I have to accept, and hope will begin to change once we find the appropriate medication for his condition