My Coming Out Story: Paul Smith – ‘My parents confronted me about being gay!’ 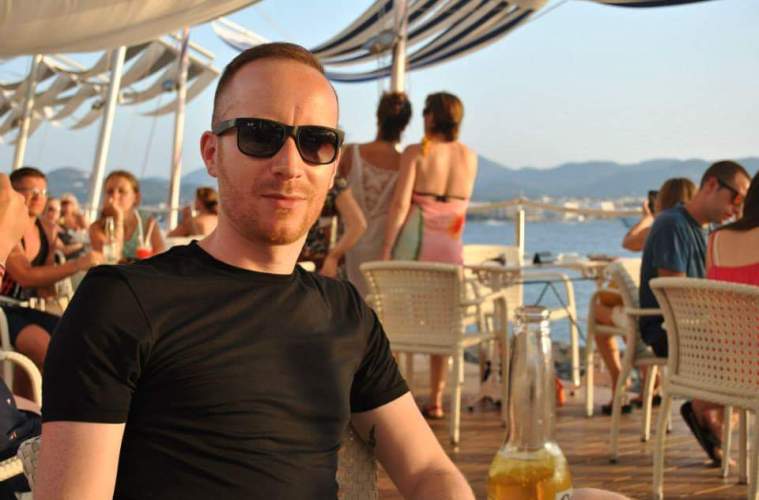 I came out to my parents when I was 21. Thankfully it was probably easier than most as they had already guessed and actually approached me about it

Growing up, I had never really been attracted to anyone, I just got on with life. Going through school I was popular with both girls and boys and got on with both. I knew when boys were attractive but didn’t really see them in a sexual way. The same with girls.

At sixth form, I had my first job in a pet shop and I think this gave me a confidence boost as I had to interact with people all day every day. After a while I put two and two together and found out the guy who owned the shop was gay. I suppose it was the first time I had really come across a ‘real life’ gay man and it seemed to ignite something inside me which I can see now but wasn’t necessarily aware of at the time

When I left school after my A levels I started working at a major retailer and it was the first time really I could meet new people and be a character in a group where nobody knew anything about me. I befriended a lady who had started work at the same time as me who became like a second mother to me. She seemed to know me more than I knew myself and it was almost as if she knew I was gay before I even knew myself

A girl I was working with also became a close friend at that time, we started to see each other outside of work, went clubbing, shopping but she seemed to get the wrong end of the stick and assumed that I wanted more. Awkwardly one day at work she pounced on me on the stairs on the way down to the shop floor. Needless to say, this took me by surprise and almost immediately flicked a switch inside me which hollered loud and clear ‘YOU ARE NOT STRAIGHT’.
At the time, I didn’t say anything to her and just brushed it off and tried to pretend it didn’t happen, which made things rather awkward for weeks. After a lot of denial and arguing she saw that something wasn’t right and after a very tearful heart to heart in the Bluewater car park she became the first person to whom I admitted I was gay.
It felt like a huge weight off my shoulders and it saved our friendship as she had taken my earlier rejection very personally. However, she still thought she could turn me! Bless her.

After this I began to accept my sexuality myself and started dabbling in the world of the gay.com chat rooms as this seemed to be the easiest way to meet people like me and was something I could keep secret from my parents. That was a discussion I definitely didn’t want to have just yet!

Over the next couple of months I made friends with some local guys and started to visit the local scene. Through them I met my first boyfriend and I somehow managed to live a secret double life, seeing this boy who lived in London, which for me at that time, was a far trek from Kent.

In a short space of time I had gone from a mummy’s boy who never went out, to a scene queen who was out with new friends clubbing in London at G-A-Y every weekend. It was like a whole new world for me, it felt right and it seemed to be what I had missed through my teenage years. I can’t even remember what plethora of lies I was telling my parents at the time, but unsurprisingly they had noticed a huge change in my behaviour, I was never at home and suddenly had this new ‘friend’.

A couple of months later after returning from another clubbing night in London my dad seemed a bit off with me. I was alone in my room upstairs and he came to see me for a chat. This wasn’t a regular occurrence so I knew something was up.
I can remember it to this day, he almost spoke in riddles but basically said ‘We know where you go, we know what you do, just be careful.’ That was the end of the conversation, I was stunned and didn’t know what to say, but I remember a great sense of relief.
A very tearful conversation with my mum followed. She said she blamed herself, didn’t want me to get hurt and almost felt like she had done something wrong. But she said she was always there for me and just wanted me to be happy.
Not so long after, my brother came bounding into my room and said ‘Dad’s told me about you. I just want to say you’re my brother and always will be, I still love you.’

I have to say, I feel lucky that I didn’t feel forced to approach my parents and come out to them. However it was still a very emotional time and certainly wasn’t easy. It was a turning point in more ways than one and it totally changed the relationships I had with my family…for the better!