Kristopher Caetano: ‘My amazing brother gave me the courage to come out’ 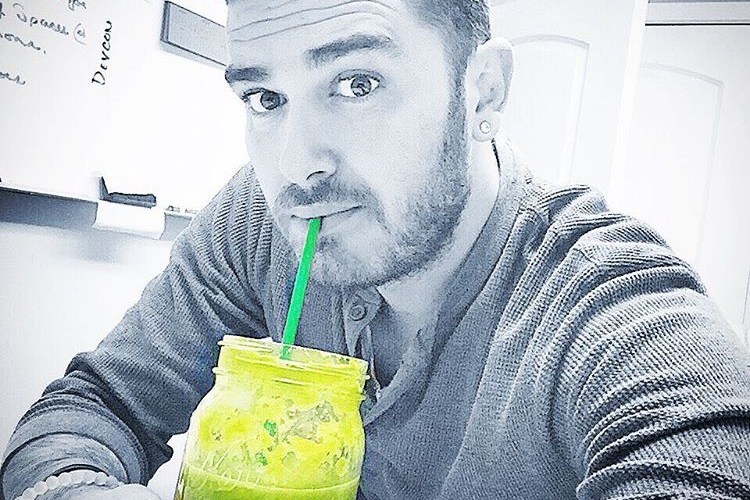 Coming out is never an easy experience for anyone. While some guys and gals are confident enough to come out in their teens, there are many others who spend years hiding in the closet, waiting for that right moment to tell their loved one who they really are.

Meet gorgeous 30 year old Kristopher Caetano, a project manager for a construction company in California. He realised he was gay when he was just 13 and shared his secret with his beloved brother Kevin James, who accepted him without question. However, Kris decided to remain in the closet for several more years to come until he finally found the courage to speak to the rest of his family. Here’s his very emotional story.

So Kristopher, when did you realise you were gay?

Well, I guess I always knew that I was gay, I just never really accepted it. I think that it is one of those things that you always know about yourself deep down inside.

I kept the fact I was gay a secret for a while, but when I was 13 I told my older brother, who I was really close to. There wasn’t anything that I couldn’t talk to Kevin about. He was such an accepting, caring, loving person. He was the best. He always told me that I shouldn’t be afraid to be or accept who I really am.

That’s great support to have.

Then in July of 2006 , when I was 20 years old, my brother was in a horrible accident. Lying in his hospital bed, he asked everyone to leave the room so that he and I could talk. Once everyone had left, he pleaded with me to come out and be my true self. The next afternoon he passed away. He was just 22.

But I always held onto what he had told me and really wanted to be my true self, but at that point in time I just couldn’t do it. How could I tell my parents who had lost one of their children that I was gay? It broke my heart that I would do that to them. It just didn’t feel like the right time. But I knew I had to do it for me and for my brother. But it wasn’t until December of 2010, when I was 25, that I finally decided that it was my time and I was READY

Were you nervous about telling anyone in particular?

I was the most worried to tell my mom. Telling everyone else would be no struggle, but my mother, that was tough. I grew up being extremely close with my mom. She was like my best friend. But I knew ‘gays’ made her uncomfortable. When it came to my dad I knew he would be supportive. I know everyone claims it, but I truly have the greatest dad in the world. He really is. He will do anything to make his children happy and always support us no matter what.

And so how was it?

Well, after coming out to my parents, my mom didn’t talk to me for about a week or so. But I gave her space and let her deal with it the way she needed to. I did feel guilt. I mean, here was a woman who had just lost a son, and now has one that is a homosexual. I knew I shouldn’t have felt bad, but I did. Eventually, over time, she slowly came around but I know she’s still learning to accept it, as am I. 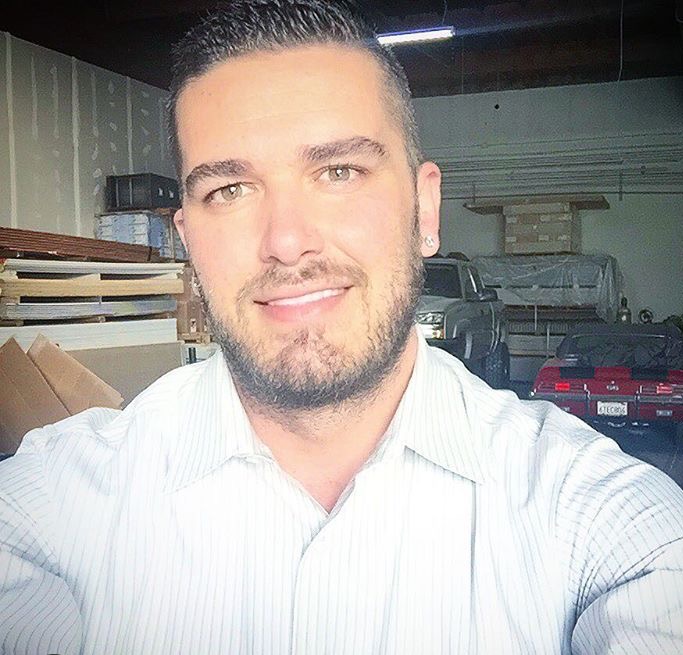 For the most part I’d say that I got pretty lucky with the reactions I got from coming out. Some people said they always knew, but were just waiting for me to know it myself. Some said they had no clue. It was a mixed bag of reactions. I had a family member, who is extremely religious, claim that I was gay ‘because my parents didn’t raise me close enough to God.’ I mean, each their own. You can’t force anyone to have the same beliefs as you do. All you can do is hope that they respect your beliefs and do the same to theirs.

Did any one distance themselves from you?

After coming out I did notice a lot less phone calls, texts, invites from a few people that I was with on a daily basis. It was quite shocking actually. Here I was supporting these people I thought were my friends for years and they didn’t do the same for me. 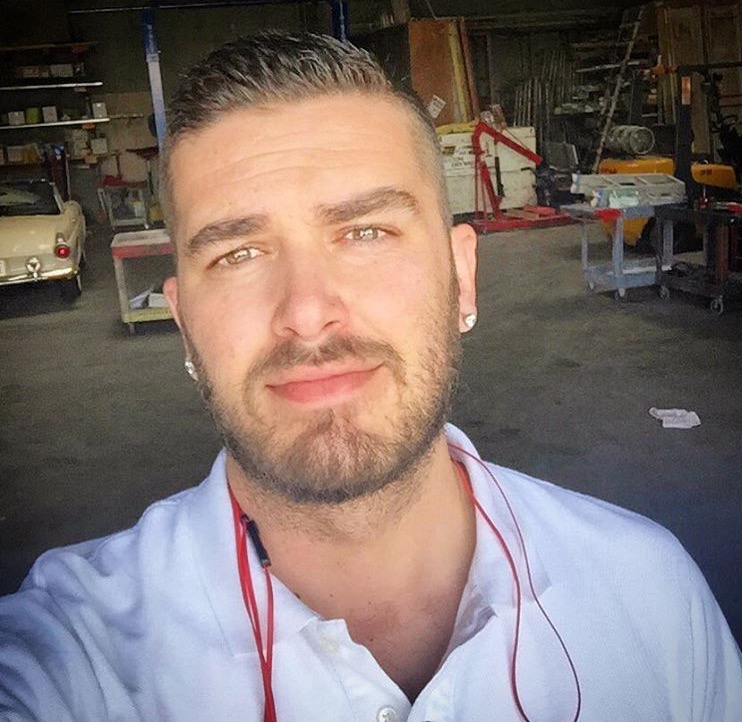 That’s so sad. Did they say anything or did they just slowly disappear?

Nobody really mentioned anything about it. The relationships just dwindled away. We still talk every now and then. But going from talking or seeing certain people everyday to maybe a couple times a month is tough. But I’ve learned to deal with it in my own way.

I remember it clearly. I was 14 years old when I first kissed a boy. He was a friend of mine that I went to school with. His name was Joey. Prior to coming out I did have girlfriends and had been dating a girl for six years. I always knew that I truly loved her and cared for her beyond words. But it wasn’t the love that a life partner should have for someone. It really broke my heart. She was and is still an amazing young woman, and I have apologised to her for what I did. To this day we continue to be great friends.

That’s nice and so very important. Was coming to terms with being gay something you were ever worried about? Did you go through a period of not wanting to be gay?

I was always worried about coming out. Who isn’t? I definitely went through a phase in my life where I would sleep with any woman who would have me. It’s safe to say that I have definitely had more female sexual partners in my life than male. I purposely would go out to bars and stuff with the intention of trying to hookup/make out with women. It was my way of trying to deny what I truly felt inside and push the gay away.

How was it at school – did the other guys treat you well?

I wasn’t out when I was in school so it never really affected me too much. I mean you had those few bullies that we all had in school that would call me ‘queer’, ‘fag’ and so on, but that never bothered me. Or at least I told myself it never did.

I didn’t just throw myself into the gay scene. Even to this day I don’t have too many gay friends.  For me, the gay scene is… It’s a funny, sad, amazing and cruel community to be a part of. That’s the only way I can think to explain it. The gays can be very kind and judgmental and hurtful at the same time. I know everyone experiences that. I don’t want to sound like I am bashing the gay community because I am not. I love the gay community and I am BEYOND proud to be part of it. It’s just a tough crowd sometimes.

I mean walking around with past boyfriends, you definitely feel the stares when you sneak a kiss, or hold hands. But nothing extreme has happened to me personally. Thank goodness.

I guess it is and it isn’t. I’m completely oblivious to when people are hitting on me. I think it’s because I am just a friendly person that I assume guys are just being nice. I’m awful at picking up on flirting. AWFUL.

Awww, bless you, so how do meet guys?

Most of the guys I meet are through gay apps, or going out to gay bars.

No major dating disasters. A few where people didn’t look like their profile pictures, or were awful kissers hahaha but that’s about it. 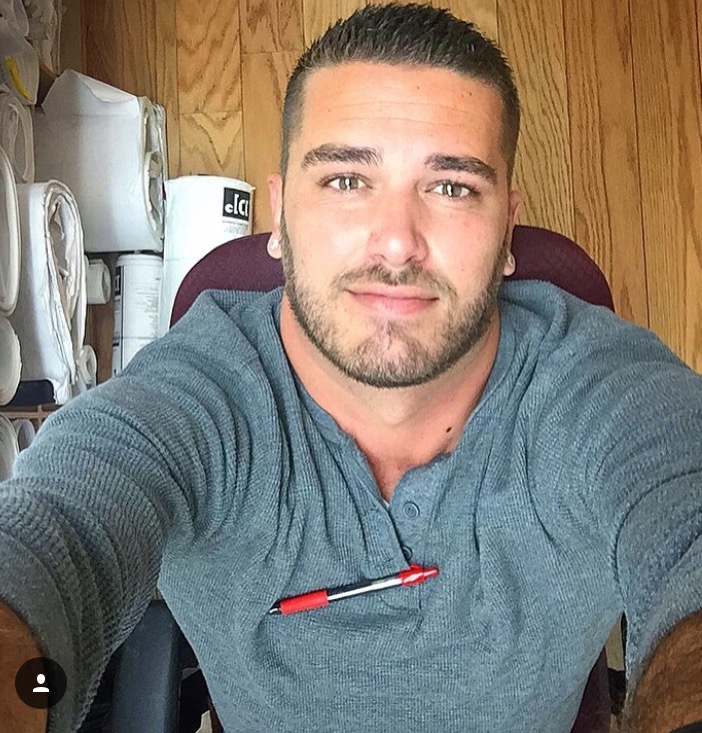 Yes. I am very cautious when it comes to safe sex. And I am tested every six months.

What kind of guys did you normally go for?

I wouldn’t say that I have a specific type really. I like taller more masculine men. At 6’5″ tall I couldn’t imagine dating someone who was 5’5″ tall. Just personal preference. But I’m open really. If there’s a mutual connection I wouldn’t shy away from anyone.

We all know that the gay scene is VERY superficial.

I believe my one guy is out there. And when we are destined to meet, we will. Wherever that may be. I am a hopeless romantic at heart!

Do you actually find many guys in straight bars or has the gay scene become a bit redundant?

Do friends try to match make you?

Like I said before, I don’t have many at friends so no match making between friends happens with me.

That sounds so sad. Has there almost been the one?

I was dating a guy for two years. I honestly thought that he was THE ONE. But then I found out he had maintained a relationship with his previous boyfriend. He had always told me that they didn’t even talk. But it turns out that they were doing more than taking which truly tore me to pieces and is probable the reason that I am still single. I had never fallen for someone the way I had fallen for him. So my heart is still a little broken. I gave him the world and more and he just threw it all away.

That’s awful. We’re so sorry! Have you ever found love at work?

I have not found love at work. I am not even out to the people that I work with. I work in such a masculine industry and am working my way up to a higher position. I know that it probably wouldn’t, but I wouldn’t want it to affect the way people perceive me and not allow me to get to where I want to be.

You’re a handsome guy – are you ever insecure about your looks?

I am always insecure about my looks. Isn’t everyone? I have always pictured myself as the ugly duckling. I was always the tallest scrawniest person anywhere I went. Wasn’t until I got into my 20’s that I started to gain a little weight and fill out my height. But even now, I still have my insecurities.

I sometimes do. The gay community can be very superficial and expect gays to look a certain way. Six packs are thrown in our face on a daily basis in the gay community.

If you were to write a lonely hearts article who would you describe yourself?

I’m just a kind hearted, fun, hopeless romantic that wants someone to love me for me.  Relationships are work and I want someone that’ll work with me and not just give up when things get a little bumpy. People give up on relationships too easy these days.

If you have a coming out story to share with GuysLikeU please get in touch with  us hello@guyslikeu.com