Kings Cross Steelers hunk Marc Landon: ‘I met my boyfriend on the team!’ 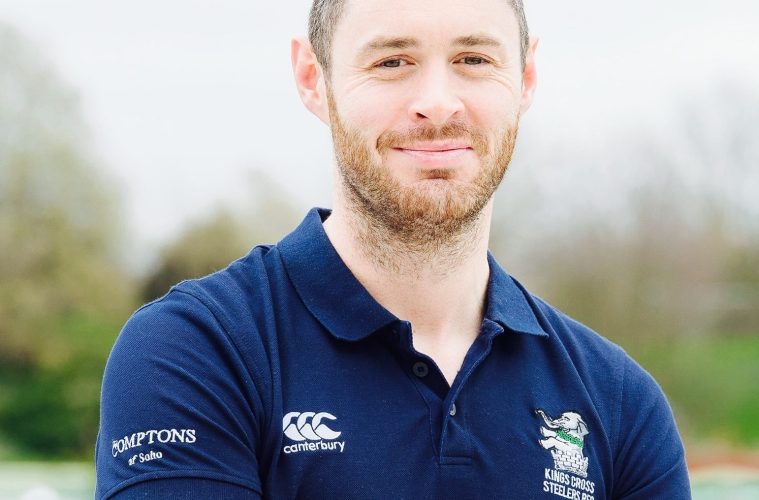 This year, gay-inclusive rugby squad The King’s Cross Steelers celebrate its 20th anniversary. To mark that milestone, we’ve hooked with some of the scrummy teammates to find out more about the men beneath the shorts. First up, we meet financial controller for an airline caterer Marc Landon, 34, who lives in Clapham.

Marc, how long have you been in the KX Steelers?

I started back in July 2015. I remember someone from the Steelers handing me a flyer in the Two Brewers  in Clapham for a ‘Try Rugby’ day, which is basically an open day for guys who have little or no rugby background. I’d played a couple of times a school but didn’t pursue it and had always thought about giving it another go before I got too old. So I went down to this introductory day and I haven’t looked back since. From starting in July I played my first game in the following November.

How often do you play?

In season it’s usually two training sessions per week and a game most weekends. I play for the second team and we’re lucky enough to be in a league so we get regular games against other Essex teams.

Had you always been in to sport?

I was into various sports at school but spent a lot of time doing athletics. My main event was the hammer throw and got to a fairly decent level whilst at school. I lost interest in sports after leaving school though and only re-discovered exercise four or five years ago when I started running, primarily to lose some weight and improve my health. I set out to do a half marathon through work and it progressed from there really. I went on to train and complete the Amsterdam marathon in 2013. I did a couple of obstacle course races after that which were really good fun and then started rugby in 2015.

Is there a good bond between the players?

There is, especially with the guys that you play with on a weekly basis. You need to know that they’ve got your back on the pitch, and vice versa. With training, matches and socialising, we spend a lot of time together, so you get to know each other quite well. 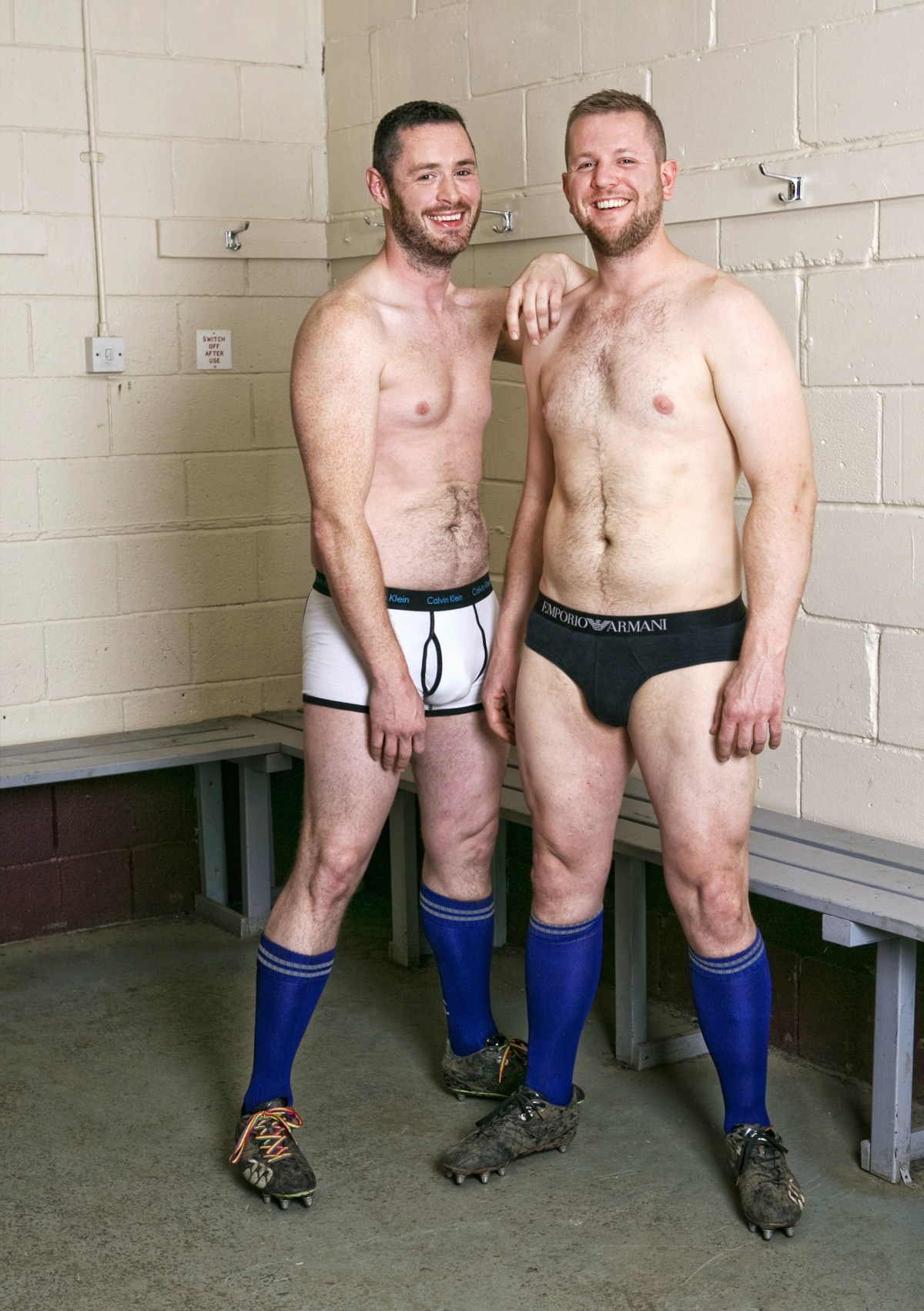 Marc and boyfriend Gary shot by Adrian Lourie for Meat

Some might think it’s a great place for dating – is it?

Well, I’m probably a bit biased on this as I met my partner through the Steelers. I think there have been some instances where some have come down primarily to find a guy rather than the rugby and haven’t lasted too long. Rugby is tough, so you need to love it.

You did the shoot for Meat recently in your pants – what was that experience like?

The experience was brilliant. We started off in full kit and then gradually took items off. The photographer was really good at putting me at ease. I felt strangely comfortable stripping off in front of the camera. The first part of the shoot was with my partner Gary so we had each other for moral support.

Why do you think it’s still so hard for gay guys to come out in sport?

I honestly don’t know. There shouldn’t be any issue and it’s really refreshing to see recent positive results. However, it would be nice to see no results – either positive or negative. It shouldn’t be a news story. I think rugby is ahead of the game in terms of perception from the fans; football is a different kettle of fish and I think they’ve still got a long way to come before footballers could feel comfortable doing so.

Is it important to have gay sports teams?

I think it’s massively important. Historically the importance lay in changing perceptions and eliminating homophobia in sport and I think that’s still important. England Rugby recently ran an article about the Steeler’s 20th anniversary. There were a few comments on the post along the lines of ‘why do we need a gay rugby team?’ One of my teammates put it quite eloquently when he said that grassroots rugby is about community. That’s definitely what I get from it. Whilst I appreciate I could quite easily and go and play for a ‘straight’ rugby team and meet some decent people, I wouldn’t necessarily feel as comfortable or have as much in common with fellow team mates as I do with the Steelers.

Do you think the Keegan Hirsts, Sam Stanleys and Simon Dunns are great examples – are they inspiring?

Yeah definitely. Until we reach the point where coming out is no longer an issue, them having done so has pushed the issue on leaps and bounds and goes to show that how they perform at sport is much more important than who they go home to at night. 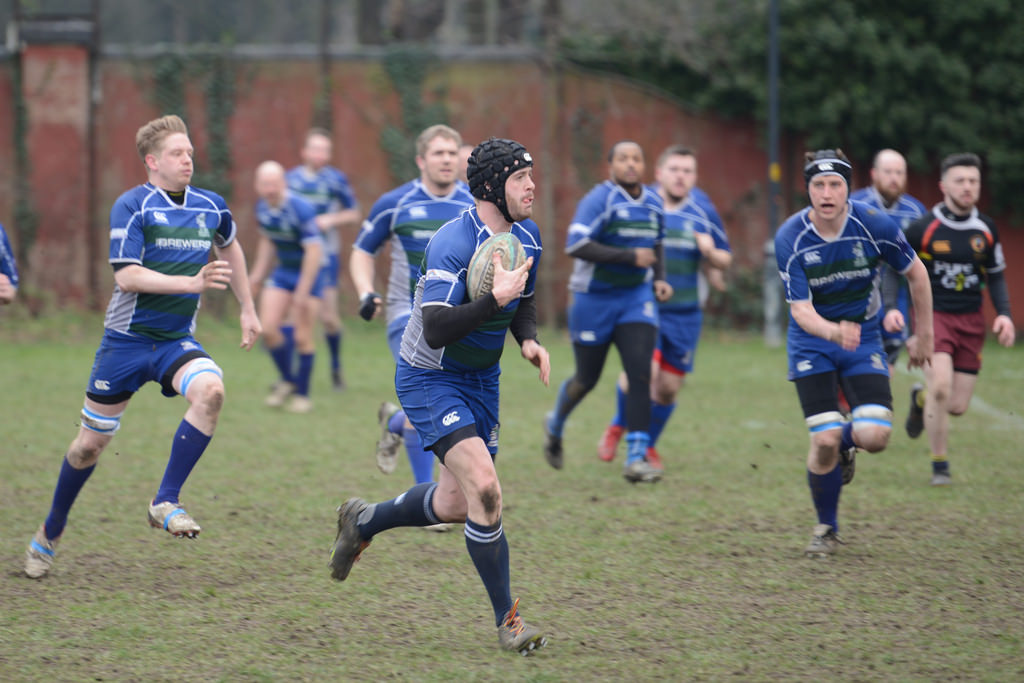 Are you taking part in the Bingham cup?

I will be taking part. I was injured for the European version last year (the Union Cup) so really looking forward to playing in my first tournament.

Going back a few years, when did you realise you were gay?

I think I’ve known as long as I’ve been sexually active. I’ve never been attracted to women and I’ve never tried to convince myself that I was.

Not that long. I came out to my sister when I was probably 13 or 14 even though I’d not had any experiences by that point.

I must have been 17. I met up with a guy I’d been chatting to online, bearing in mind this was the dial-up era where people didn’t have digital photos to swap. We met outside a gay bar in Northampton, I was absolutely petrified. We had a little kiss on the dancefloor and I just remember my hands shaking so much. He was a nice guy but we didn’t see each other again.

Was it something you were worried about? Did you go through the period of not wanting to be gay?

I’ve always been comfortable with being gay actually. I’ve never had any hang-ups or regrets about it which I know is an easier experience than some other people have been through. I was really lucky at school as I had a great group of friends who were absolutely fine with it.

I didn’t really have any gay role models. The gay characters in soaps and comedies were amusing but not something I’d ever want to be.

Was there a person you were most worried to tell?

My mum. My sister came out to our parents when she was 16 (I was 14 at the time). I’ve only got one sibling so I felt the pressure was squarely on me then. I put off telling my parents until I’d left to go to uni, when I was about 21.

My sister. We were on a skiing holiday and we out in the evening. She told me she thought she was gay and I remember saying ‘Oh cool, me too’. And that was it, we didn’t need to speak about it after that.

Did anyone let you down?

No one important to me. I’ve always tried to surround myself with people I like and have a similar viewpoint on life. I think this has insulated me.

Did you throw yourself into the scene? Was it as you expected?

I grew up in Kettering and there was definitely no scene there to throw myself into. Northampton had a gay bar but it was a trek to get there. I went to uni in Nottingham but had some really nice straight friends by that point so didn’t really go out on the scene too much then. I only really started going out gay when I started dating my ex-boyfriend who had a good number of gay friends and went out regularly.

The Nottingham gay scene was pretty small so it was quite easy to get bored with it. When I moved to London I was impressed with the variety of options open to me and still am, in spite of some of the older establishments closing. I think the whole social scene (straight and gay) is changing and as being gay becomes less of an issue there is less need for exclusively gay bars. Also apps like Grindr and Scruff have also removed a need to go out to meet people. However saying that, I automatically navigate towards Old Compton street if I’m meeting friends for drinks. 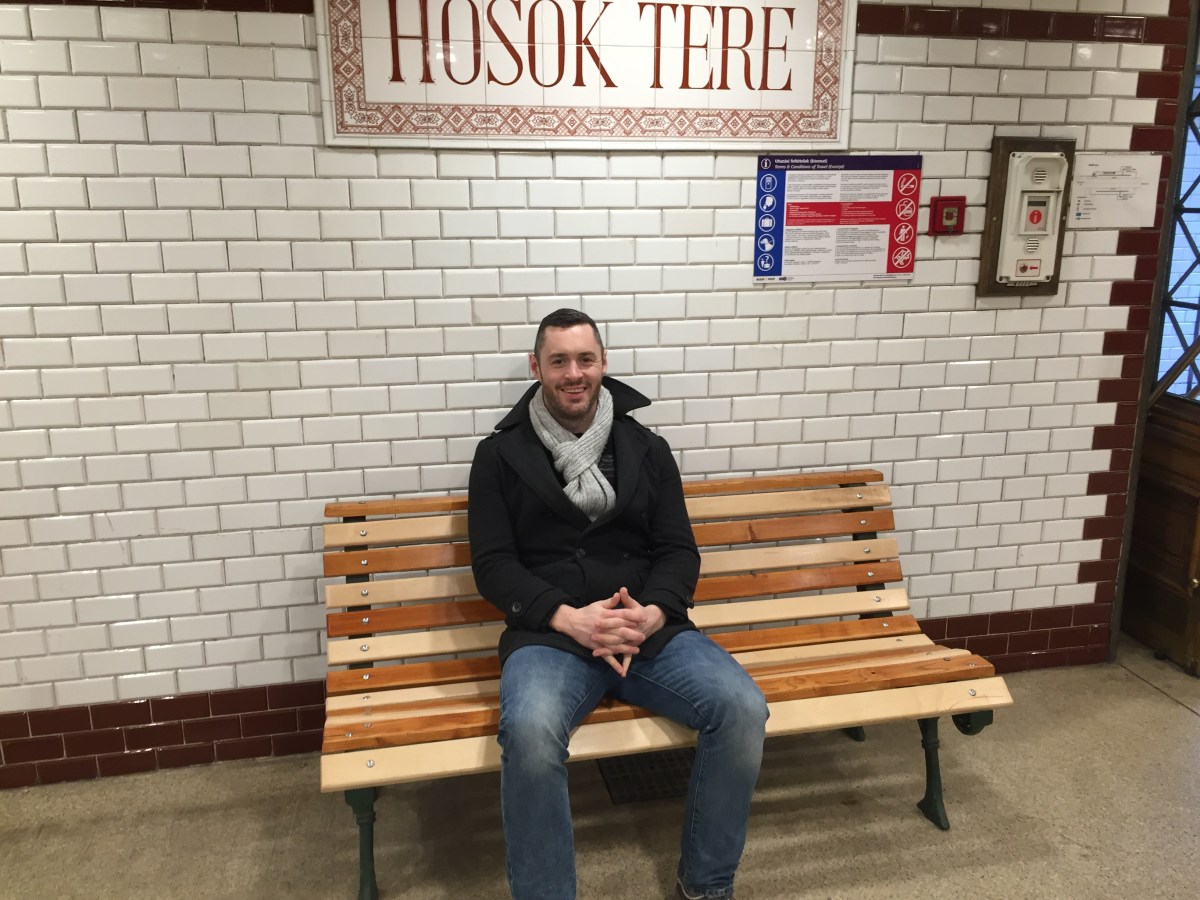 Yeah, why not. If you’re both out and get chatting then nothing to stop you. I find it more difficult to think that you can meet the one online.

A lot of people think that with straight bars being more mixed, the gay scene is a bit redundant. Do you agree?

I don’t think it’s redundant but I do think it’s changed. The way we socialise has changed as being gay has become more acceptable so gay bars may not necessarily be the go-to place now whereas before they might have been. This means that the gay bars now need to complete on a level playing field. If they’re not up to scratch then people won’t go.

I’ve had a couple of dates when friends have tried to match make. Both were perfectly fine dates but I had nothing in common with either of them.

Are you too fussy?

I can be fussy and I’m a perfectionist but if you can make me laugh then you’re in.

Yeah a couple of times and I’m grateful for it. It’s made me a more rounded person.

Haven’t we all? That’s just part of life. The only option is to lick your wounds and move on.

Nothing major but I think that’s testament to how much social attitudes have changed over the past 10 years.

How do you normally meet guys? Apps or through friends?

Before I met my current partner I used Grindr and Scruff to chat to people. I never really met too many people on them though, and the people I chatted to regularly have become friends rather than notches on the bed-post.

Nothing major although a few years ago when I lived in Singapore, I was chatting to a guy for a while and agreed to meet up at a bar. When I arrived I could see he was with someone already. I went over and said hi and he introduced me to his boyfriend. The fact he had a boyfriend was news to me so I wasn’t expecting to have a three-way date.

I’m not wary, but I’m definitely conscious of the need to look after your health, be that sexually or otherwise. I grew up in the 80s and 90s when the issue was well publicised and I guess that’s stuck with me. I know that the treatment for HIV is massively improved and continues to improve but it’s still something that needs ongoing treatment and does have a negative impact on your health. There is definitely a sexual health ignorance that has developed and a potential time-bomb with super-resistant strains of STIs developing.

The team are celebrating their anniversary with a fundraising Ho’ Down at Heaven on May 6, 2016. Get your tickets HERE

The team also appear in the current issue of Meat, which can be ordered from meatzine.com. The zine will also be available from Kings Cross Steelers events.