Kieran Goodwin: ‘People did doubt my abilities because of my age, but that’s what people do’ 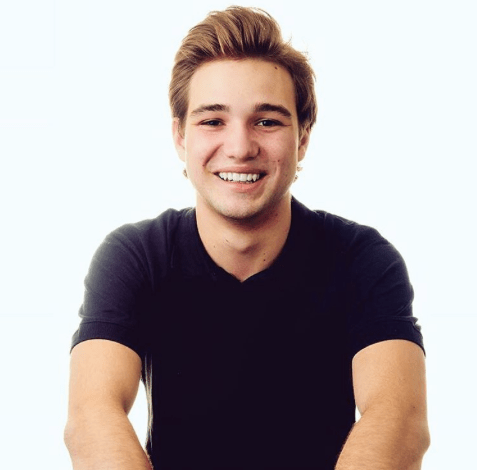 Diana Award winner Kieran Goodwin opens up about coming out, finding love and becoming the CEO of his very own charity at just 17!

Last week we proudly reported that 17-year old Kieran Goodwin had won a prestigious Diana Award for his charity work and efforts in launching his World Youth Organization charity. An impressive feat for a guy who just last year was balancing school work and some tough personal times at home. But in spite of the difficult obstacles he’s had to deal with along the way, the inspirational fella has made it through to the other side in one piece and recently celebrated the WYO finally being recognised as a registered charity.

Here, we catch up with the WYO’s Chief Executive to chat about how he set about launching his own charity, finding love and what the future holds.

Can you explain in simple terms why you set up the World Youth Organization? Was there one particular thing that inspired you?

Setting up a charity was always a dream I had, ever since swimming the English Channel in a seven-man relay team in 2013, it brought about inspiration, motivation of continuing something amazing. I wanted other young people to benefit from extra- curricular activities, something which will motivate, inspire and then go on to education and relieve unemployment. Have you always been very business minded?

I wouldn’t really call myself ‘business minded’, but I always liked the idea of being my own boss, and leading something like a movement or charity.

How did you set about setting up the company itself? Was it hard? Where did you find the money?

In 2014, I officially registered the name of our organisation (World Youth Organization) with Companies House, which back then was not a registered charity. I wanted to make it official as quickly as I could, so registering as a company was the best way to do that. Further down the line we went on to register the organisation as a charity with the Charity Commission, this was definitely a long winded process. It took almost six months to successfully gain charity status. Long nights of policy writing, amending our governing document, gosh, it was hard work. But now, thankfully, we can say we are officially a registered charity with our magic seven numbers. Gaining charity status now enables the organisation to develop further through the ability of apply for trust funds and other streams of funding. It has opened many doors for us. 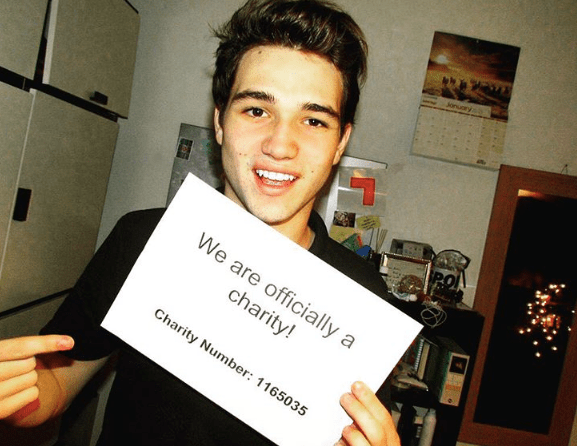 What was the hardest part of setting up the company?

No doubt, it was registering as a legal charity. Finding staff and volunteers was probably another little hurdle for us, but through the power of social media we had grown from three staff members to around 30.

Wow, that’s amazing. Did people ever doubt your abilities because of your age?

Yes, yes and yes! People did doubt my abilities because of my age, but that’s what people do; they judge and doubt. It can be very de-motivating when individuals say ‘Aren’t you a little young’, or ‘CEOs are only adult positions’. The best way of dealing with people like this, is to just ignore it and assume they’re just a little jealous.

We may encounter many defeats but we must not be defeated.

How do you decide what projects to develop?

All our staff members, volunteers and sometimes the general public are free to suggest any projects they wish for us to develop. When a suggestion gets put forward, I think about it, make my own decision on it, bring it to the trustee board, and if all is well, we can take it off from there. But of course, we do have our own projects decided internally. We do have our aims and mission to follow, which is to advance education and relieve unemployment for young people. So if a project is suggested, we think whether it falls into our bracket.

There are a lot of overseas projects – what are you going to try to change over here?

Towards the end of this year, the World Youth Organization will be visiting 100 schools across the United Kingdom. The charity will be giving out workshops surrounding topics which aren’t touched on as much in mainstream education for example; mental health, sex education and lifestyle skills. We believe things can sometimes seem like a scribble in a young person’s head, during this crucial part of someone’s life, the transitioning from child to adult. Individuals make big decisions which they may regret for the rest of their lives, we are here to educate and support the youth, through our workshops and programs.

When you were younger what was your dream job?

I wanted to become a paramedic.

Do you think young people get a bad rap – where do you think that image has come from and how are you trying to change it?

Young people are negatively stigmatized each day, down to the way the media portrays us to be. There are too many negative headlines about youth, and not enough positive ones. Young people are not to be feared, but to be engaged with in the wider community. Trust me, most of us are pretty alright. The World Youth Organisation wants to shout about the good things young people are engaging with, through our social media platforms, website, programs and opportunities.

A lot of young people go through mental health issues as they grow up – did you suffer from any?

Yes, I did, in a way. Last year was a pretty difficult time for me. My dad wasn’t very well, which lead to us all (family) falling apart. I was diagnosed with mild depression. A lot of it was also down to stress from running a charity, attending college and then of course my dad being unwell which then resulted in me leaving college to pursue the charity full time. I’m happy to say, things are finally looking up. I was first prescribed anti-depressants, which then lead onto counselling sessions, which benefited me hugely.

We seem to be able to talk more about mental health issues. Do you think there still more to do?

Mental health was once a taboo subject, I believe. No one really knew how to deal with it nor understand how to treat it. I believe charities had a huge part to play in the conversation with metal health, they engaged directly with suffers, meaning people are able to talk more freely about it now. Experts and counselling became more available, colleges and schools were advertising on posters and in class on who to talk to when you are feeling down or stressed. Of course, more is still needed. Being stuck on endless waiting lists can take a huge effect on patients, this needs improving, and further funding needs to be pumped into mental health services. 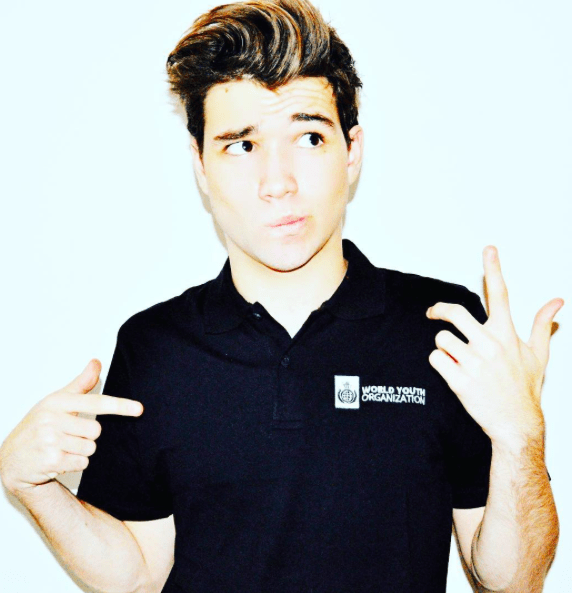 Winning the Diana award must make you feel so happy.

It feels amazing. – To receive such an award is incredible. The Diana legacy is very meaningful to a lot of charities, giving back to the community is what we do and what Diana did too. So it feels extra special to have been listed as one of the winners for the award.

When did you come out? Was it an easy process? How were the reactions?

I only recently came out. I did it via Facebook. A few people already knew, including my mentor, Ben Patrick Johnson (a voice over actor), my mum and best friend, Amy Lee. They supported me from the start, guided me and reassured me until I finally made it public. The reaction was overwhelming, in a good way. I was surprised by the support I received, and finding out no one really had a problem with it. So life goes on, nothing has changed!

Follow your dreams and never stop until you get there.

Was there anything about your schooling you’d like to change? Should we have more lessons about sexuality and mental health?

Yes, there is a desperate need for this in mainstream education. This is something we are actually focusing on with our future programs and projects.

You’re a handsome guy, but did you ever have and body insecurities?

Why thank you. No, not really. I used to swim as I mentioned, so I’ve always been relatively fit, but recently I must say, I am in need of some physical activity.

The media is continuously putting pressure on young people to look ‘perfect’. Yes, there is definitely that pressure, and especially with such a high profile role within an organisation, it is important to look good, as you do act as the face of the charity in terms of press and coverage. 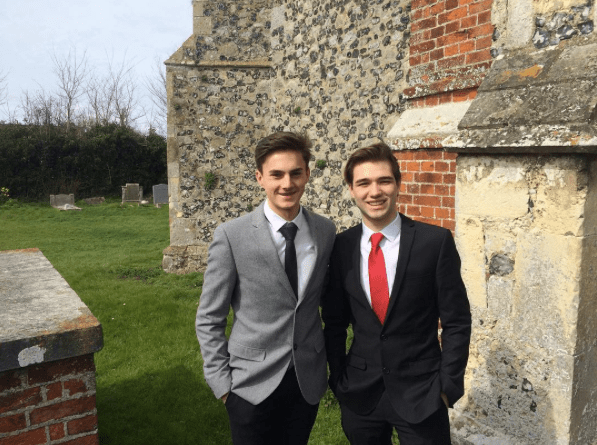 You’re currently going out with Nathan? Is he your first proper boyfriend?

I met Nathan through my best friend, and yes, he is.

He must be so proud of the work you’ve done.

Nathan is extremely supportive with my work, and I do sometimes feel very guilty that I work too much and in a way block him out. But I am trying so hard to balance work life with personal life. But it’s tough.

Was having a boyfriend a big deal to you?

Yes, a huge deal. Being so passionate with what I do, I didn’t really plan on having a full blown relationship, this soon anyway. But when I met Nathan, my heart was his and I knew I had to take a second look.

Will the WYO focus on any sexuality related projects especially in countered where being gay is still frowned upon?

Yes, it will be a subject we focus on in the coming year.

You’ve grown up in very liberal times in the UK – is there more that needs to be done in terms of LGBT rights?

I believe we need to further engage the LGBT community with the wider community. Keeping the minorities apart will only drag the process of then one day achieving an equal world.

Who have been your gay role models?
Ben Patrick Johnson, my mentor would have to be my gay role model. He is incredible and has worked so hard to get where he is today, in spite of his sexuality, you can safely say he’s ‘made it’.

Who are the influencers?

Coming from a sporting background, athletes act as my influences. The sheer passion and determination these people put into their sport influences me to carry on during the dark days of my job and know if I push myself, I’ll make it to where I want to be.

When you not working what do you do? What is your guilty pleasure pastime?

Chilling with my family, boyfriend and best friend, visiting new places and just generally having the ability to taking a step back from it all.

Are you going to invite any celebrity ambassadors to work with you in the future?

Yes! This is on my to do list, watch out people.

What a question…I don’t even know yet, so we’ll say it’s a secret.