James Ingham: ‘Holding his hand while he told me he didn’t want to die was so hard!’ 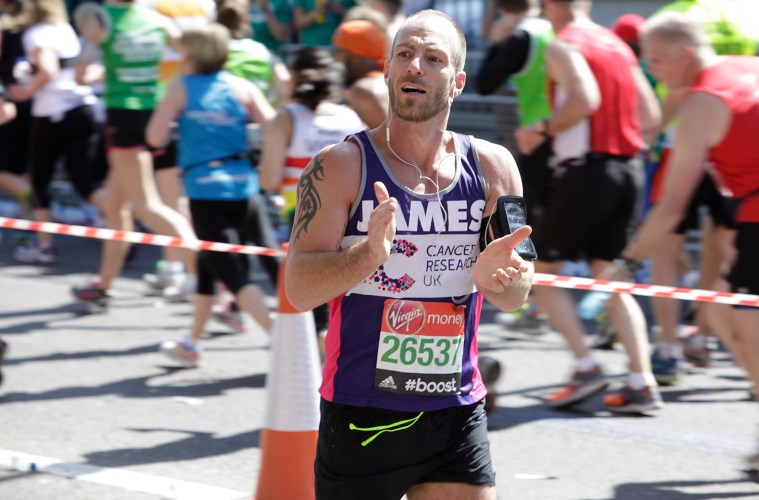 James Ingham is best known as the well-connected Showbiz Editor of the Daily Star Sunday. But when he’s not schmoozing celebs and breaking world exclusives, he is focused on raising as much money as he can for Cancer Research UK with his annual Jog On for Cancer fundraiser which takes place tonight (April 7).

Here, James explains why he got involved, how he lost a good friend to cancer and how he managed to get the world’s biggest stars to help raise thousands of pounds for charity.

So James, tell us about why you started raising money for Cancer Research UK?
I’d been running for a long time as a hobby and running  a marathon had always been on my bucket list. I was lucky enough to get a media place at the 2009 London Marathon thanks to my job and from then on, I got the marathon bug and have run every year since. For the first three London Marathons I used to split the money raised between numerous charities that were close to my heart including; Terence Higgins Trust, British Heart Foundation, Help The Aged and CRUK. It wasn’t until I decided to host my first celebrity fundraising event that I realised I would need to concentrate on just one charity for a clear brand message. It was a close call who to choose because how do you prioritise one incredible charity’s hard work over another? But in the end CRUK seemed the best fit. 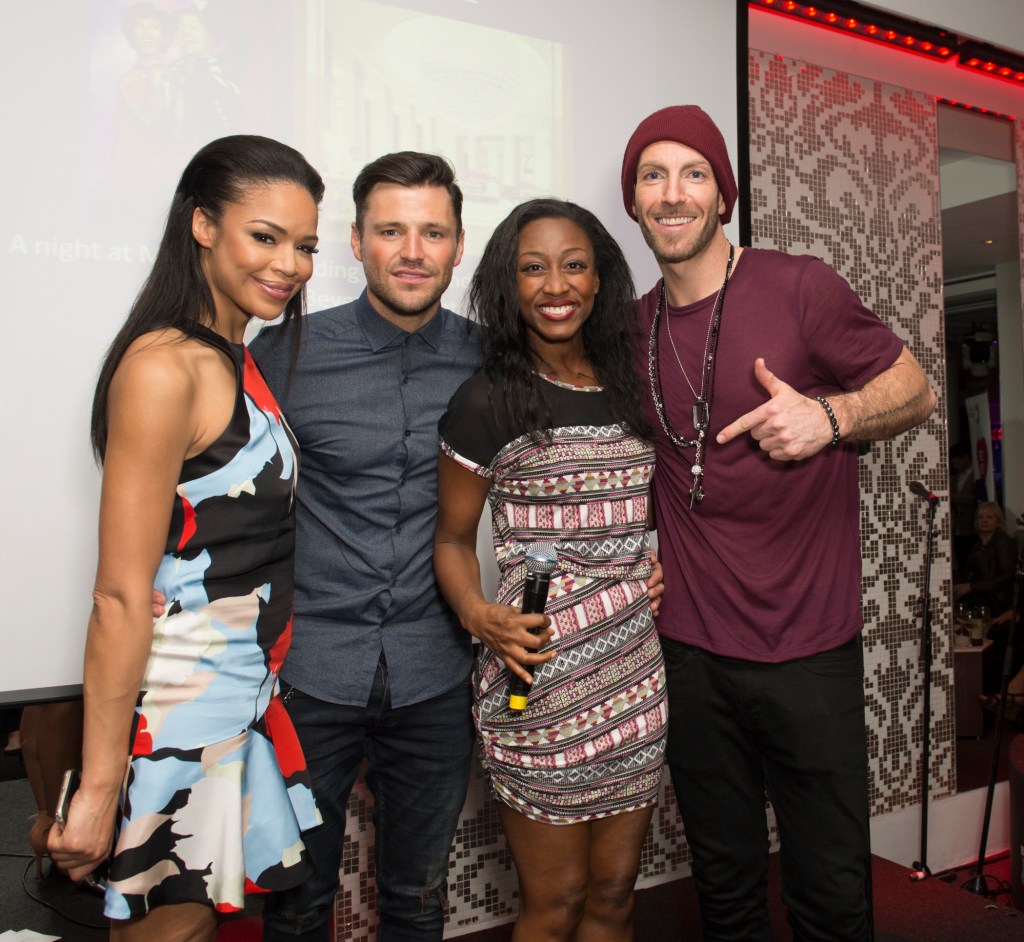 Have you had any personal experiences with close family or friends dealing with cancer?

Who hasn’t? Cancer is such a vile aggressive disease that touches everyone in one way or another. That’s one of the main reasons I chose CRUK because it basically affects everyone. My granddad Jack died of lung cancer when I was eleven even though he had never smoked in his life. My brother-in-law Richard Shillito battled and beat cancer and my gym buddy Javier died of rare and aggressive type Lymphoma aged just 25.He died less than six months after being diagnosed.

Oh my god, that’s so young.

It seemed like one minute we were in the gym ‘doing arms’ talking about boys and the next I was going to see him in hospital to say goodbye. Sitting there holding his hand while he told me he was scared and didn’t want to die was one of the hardest things I’ve ever had to do in my life. I can’t even imagine how hard it must have been for his family, newly married husband Paul and his other loved ones who knew him best.

Have you had anyone really close to you live through cancer?

I still consider myself lucky when it comes to cancer and I mean that with the greatest respect to my granddad and Javi. I’ve never had cancer or lost any of my immediate family or closet friends to the disease but a lot of my close friends have lost a parent to it and I’ve seen how it has affected them.

Are you worried about cancer yourself?

Not like I probably should be. The facts show around one in three of us will be diagnosed with cancer at some point in our lives which is an incredibly scary statistic. I try not to smoke but still do sometimes if I’m drinking. I also try to use suncream whereas before I was more bothered about getting a tan. 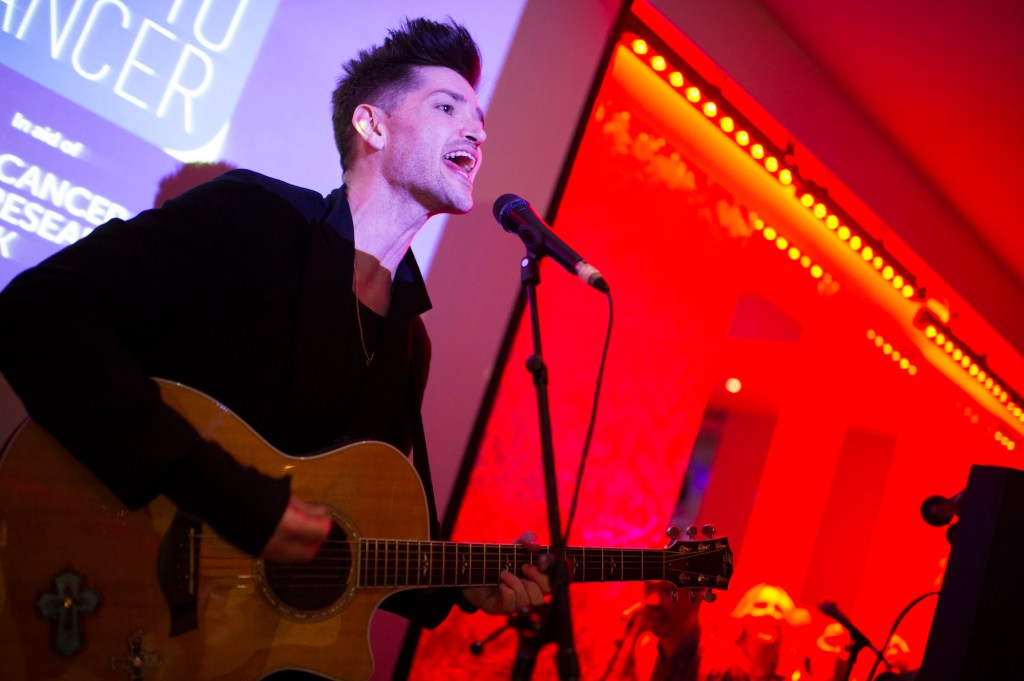 Tell us about the events you have hosted to raise money?

For the last four years I’ve hosted my own Jog on To Cancer fundraiser at Kensington Roof Gardens. It’s basically a big piss-up with great performances, celebrity DJs, live auction and a mix bag of my personal friends and family and a room full of celebs. I’m also a Trustee on Wayne Dhesi’s LGBT website RUComingOut.com which has recently become an official registered charity. We held a summer party last year and are currently planning our next event too.

Was it hard to get it off the ground?

Getting Jog On off the ground was surprisingly the easy bit. The year of my first event I wasn’t sure what I was going to do, I just knew I didn’t want to keep asking celebs just to sponsor me for running so I thought of hosting some kind of event. I then phoned Mel C who instantly agreed to perform no questions asked. I then spoke to Alesha Dixon who agreed to host and Beverley Knight who also agreed to perform. All of a sudden I had the foundations of a great night. Selling the 500 tickets, getting all the brilliant raffle prizes, and pulling off everything else to ensure everyone had a great night was the hard bit though. Lets just say I didn’t sleep for weeks but it was all worth it. It’s important to say none of it would be possible without the help of CRUK‘s team or the many friends, family, work contacts and strangers who support the event either with prizes, donations or just time and hard work. 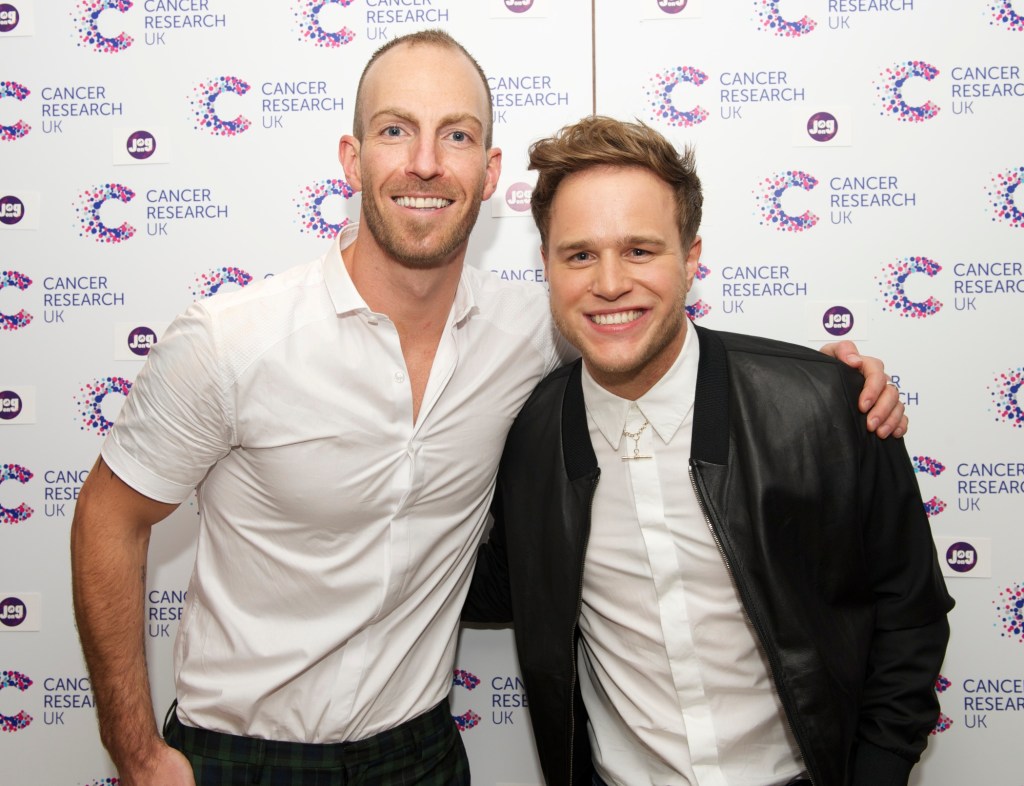 Was it easy to get celebs to attend the events?

Fairly. I’m lucky enough to have built up a lot of great relationships in the media / music / showbiz industry thanks to my job as Showbiz Editor at the Daily Star Sunday. What I love about my event is that everyone pays for their ticket whether they are my best mate, a friend of a friend or a famous celebrity. Since the first year in 2013 every year has got slightly easier as the event gets more established. Other performers have included The Script, Olly Murs, Gabrielle, Craig David, Sam Bailey, Marvin Humes and many more who have all given their time for free.

How much have you raised since you started Jog On…?
So far around £110,000 and we hope to raise at least another £50,000 at least this year. Every pound is valued and appreciated. When strangers who follow me on Twitter text donate £10 £5 or even £2 it means the world because they really have no need to but still do. It’s amazing to see the domino affect of trying to do something good.

What have been your proudest moments?

Personal highlights have been standing side of stage when artists who I was a huge fan of growing up, like Gabrielle, Craig David, Beverley Knight and the Bennet sisters from Eternal, performed. The proudest moments however are just looking back and realising what has been achieved by everyone pulling together for a great cause. Running the marathon always used to be about me getting a personal best or great time. I’m not going to lie I’m still hugely competitive but the difference is I cross the finishing line with an overwhelming emotion of happiness and pride at what we’ve accomplished.

What else have you got planned this year?
It’s too early to say but hopefully another amazing event raising at least another £50,000. I’m looking into fancy dress World Records I could attempt to help with fundraising but I need to see where my fitness is first. I’m also co-hosting a Jog On To Cancer charity quiz at the Bridge bar in Clapham in March to hopefully raise more money. 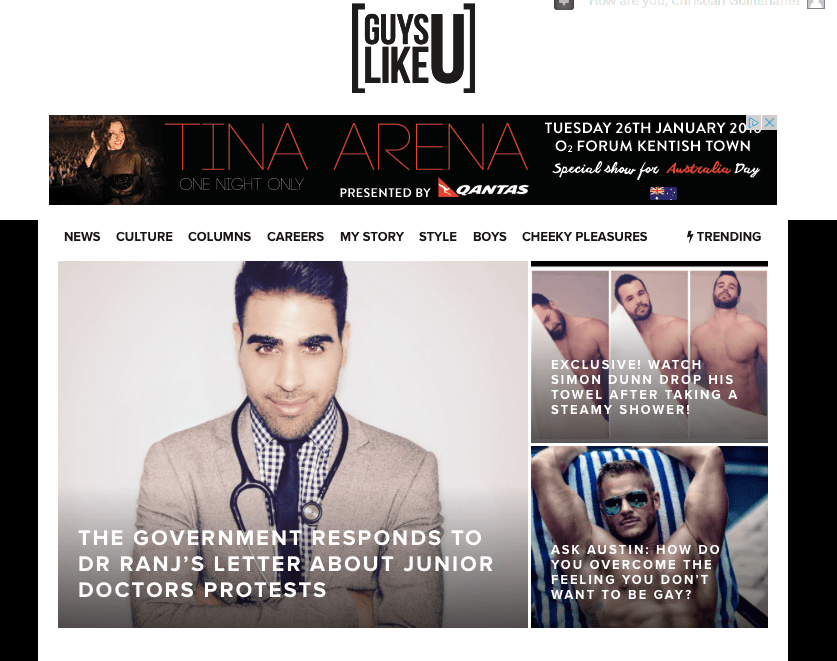