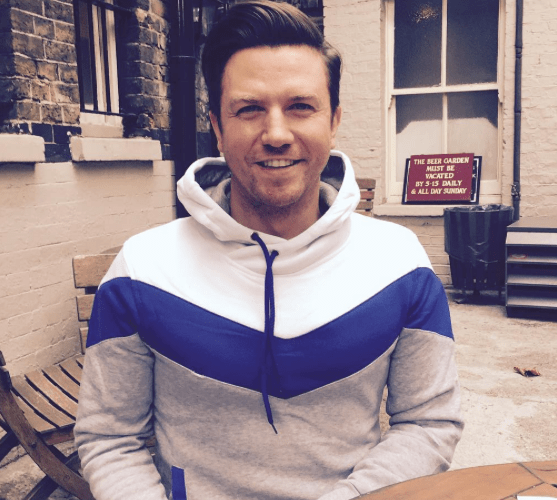 Freelance writer and presenter Sam Dowler on being gay, unmarried and childless – why his parents love it and why he now feels left out by his straight mates!

As gay guys, it seems like the goal posts of our place in society are forever moving. With a step forward there is often a step backwards or at least sideways. Take Sam Smith this week, a moment of triumph for a young gay man mired but calls about his ill education with regards to LGBT history. As a gay man in my thirties I cannot purport to be hugely more informed, just to have maybe a little more life experience. I have grown up with mostly straight people and in a different and far less accepting time as well. It was a learning curve, not just for my friends but for my parents too.

A year or so ago my father was diagnosed with cancer and it seemed like the only option was to move nearer home and help look after him. It was a very tough time and endless trips to and from the hospital for grueling chemo treatments and the mental strain it had on all of us, not just him, was something I’ll never forget. After some decidedly hairy moments, his prognosis improved and after a year he was told he was in remission.

In a conversation with him recently, he remarked how glad he was that I’m gay. If I wasn’t, he stated, by my age I would have been married and had a couple of babies therefore making them my priority and unable to be as much help to him and the family. Whilst something of a back handed compliment (‘I’m glad you’re an childless spinster, as it suits us down to the ground!’) I couldn’t help but wonder how he was actually right and how I ended up in this position.

Having a close and supportive circle of friends is incredibly important growing up and can shape your personality and the way you interact with the world. This can be even more vital when you’re growing up gay. The feelings of vulnerability and fear can be overwhelming and having some amazing mates supporting you can make a great deal of difference.

I was lucky enough to have a close-knit circle and my senior school years were hugely happy for the most part. While I didn’t come out at school, I was never bullied for being effeminate or rejected for being different. By the time I was doing my A-levels, my main group of friends were the rugby boys and the respective ‘it’ girls in the sister school next to mine. We would socialize at lunchtimes and at the weekends and generally doing the things that teenage kids do. It wasn’t until after university that I came out properly, although a few of my girlfriends knew at school when I was (scandal!) secretly dating a guy in the year below.

When I finally had the courage to tell my friends I was gay, of course it didn’t come as much of a surprise and I was informed they’d ‘known for years’ and had just been waiting me to tell them. The support and love I received from them was immense and I never once felt ostracized or even that I was any different to them. I was the only gay person in our group however and even today I struggle to think of anyone in our year that is now. Our friendship continued throughout university, holidays together and beyond. As we’ve grown up I’ve attended weddings, christenings and seen friends moving away to various parts of the world.

As me and my friends have gotten older the invitations to social engagements have dwindled. It’s almost as if now I feel the rejection that I was once so glad to have escaped.

Now I find myself the only unmarried one in our once inseparable group as well as the only one without a child. As we’ve gotten older the invitations to social engagements have dwindled. It’s almost as if now I feel the rejection that I was once so glad to have escaped. While I still have two or three that I keep in touch with and have spent some lovely days with their kids, I just don’t seem to fit in with their lifestyle.

Last year one of my very best guy mates came over from where he lives with his wife and kids in the Far East and had a get together in the afternoon for everyone and their children. Bearing in mind I still live in the vicinity, for some reason I wasn’t invited. I questioned him about it later and he was very apologetic, citing the fact that he thought I wouldn’t want to or was too busy.

Gutted as I was, I wondered whether this was the image I portray on social media and if that was their only way of keeping up with what I do then why wouldn’t they think that? But then also I would have thought that they would know that my intrinsic values about friends and family haven’t changed.

Almost without noticing, my friendship circle has gotten younger, as have the people I date. Maybe because I don’t have the responsibilities of children or a spouse, I have remained relatively stress free and able to go out and do as I please. Surely one of the freedoms that gay people cherish and the very foundation of the pink pound.

Being freelance as well and the nature of journalism and broadcasting meant that I could take the time and work around when my family needed me, something that again I wouldn’t be able to do if I had a young family to support and care for.

My father never really had a problem with my being gay and he wholly admitted that this new sentiment was somewhat selfish but it got me thinking, and he was right. The dichotomy of my straight friends now forgivably involved in their own microcosms, it is my parents that benefit from my unattached status. I don’t begrudge this at all and have never felt the need to be married or a parent.

My parents have given me so much, it is an honour to give even a small amount back to them. My sister gives it back in the form of grandchildren and maybe I will one day do the same but as my dad said, if I was straight those things would have already happened for better or for worse but for us it just takes a little extra time.